Multiple fire bombs, mortars, rocks, and other objects rained down on law enforcement officers during Saturday night’s street riot in Portland, Oregon, according to police.

As Breitbart News reported, the rioting started just after 9 PM and quickly descended into violent chaos. Fifty rioters were arrested in the hours that followed.

At one stage a firebomb thrown by rioters at police set a “protester” on fire.

Video taken at the scene and retweeted by the police showed fire erupting in the middle of a street, as a man caught in the flames attempted to run out of the way. He emerged with his legs ablaze, as rioters attempted to help him.

Portland Antifa throws Molotov cocktail towards cops but it ends up hitting an agitator instead. Portland is in the middle of another peaceful protest. pic.twitter.com/OdZEp5PDeV

Officers located the injured person and Portland Fire and Rescue medics offered treatment. The victim was taken to a hospital by private vehicle.

Portland Police later outlined exactly what they were facing in the line of duty:

The crowd was advised over loudspeaker that it was a riot and they were to leave the area to the east immediately. They were warned that failure to adhere to this order may subject them to arrest, citation, or crowd control agents, including, but not limited to, tear gas and/or impact weapons.

Individuals within the crowd began throwing illegal fireworks/mortars at officers. Others were seen throwing rocks. At least one had a “wrist-rocket” type of slingshot launching unknown objects. In order to defend themselves from these assaults, officers used crowd control munitions, including tear gas. Officers made numerous targeted arrests.

Officers moved ahead of the rioters to prevent them access to private property as the law evaders lit fires in the streets, including dumpsters, garbage cans, and wooden pallets. Officers moved in to push the crowd back in order to extinguish the fires, Portland Police explained.

A sergeant was directly struck by a commercial grade firework, which burned through his glove and injured his hand. Several officers and troopers were struck by rocks in the head, arms, shoulders, and feet.

Only their protective gear prevented serious injury. An Oregon State Police vehicle was damaged by rocks, including broken windows and dents. An unexploded mortar was recovered by police. 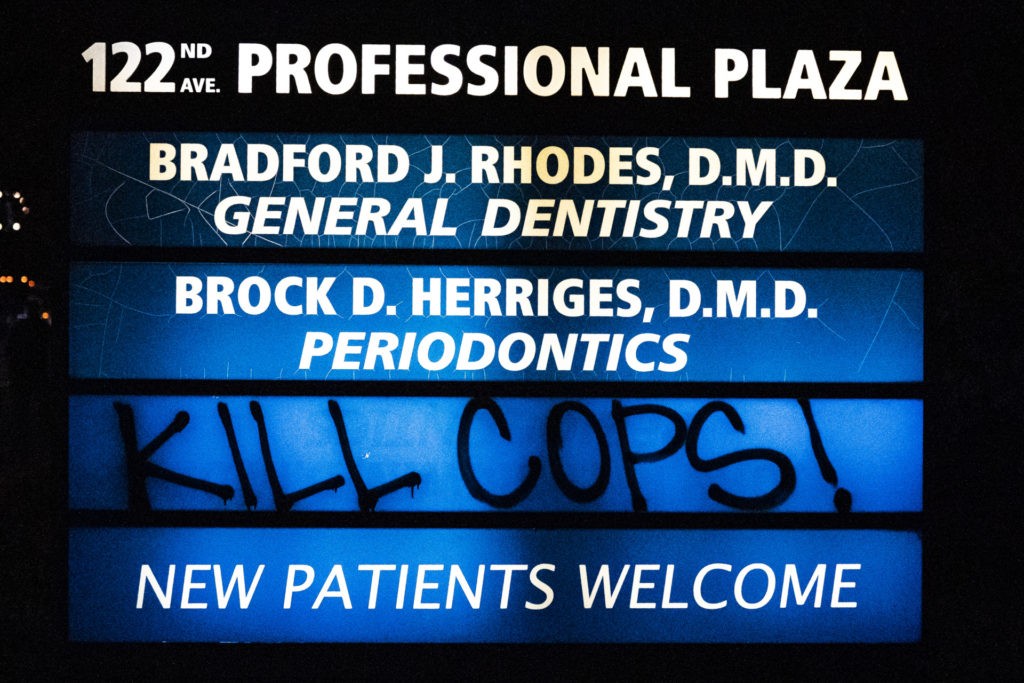 Graffiti is seen during a protest  early in the morning on September 6, 2020 in Portland, Oregon. Portland has seen nightly protests for the past 100 days following the death of George Floyd in police custody. (Photo by Nathan Howard/Getty Images) 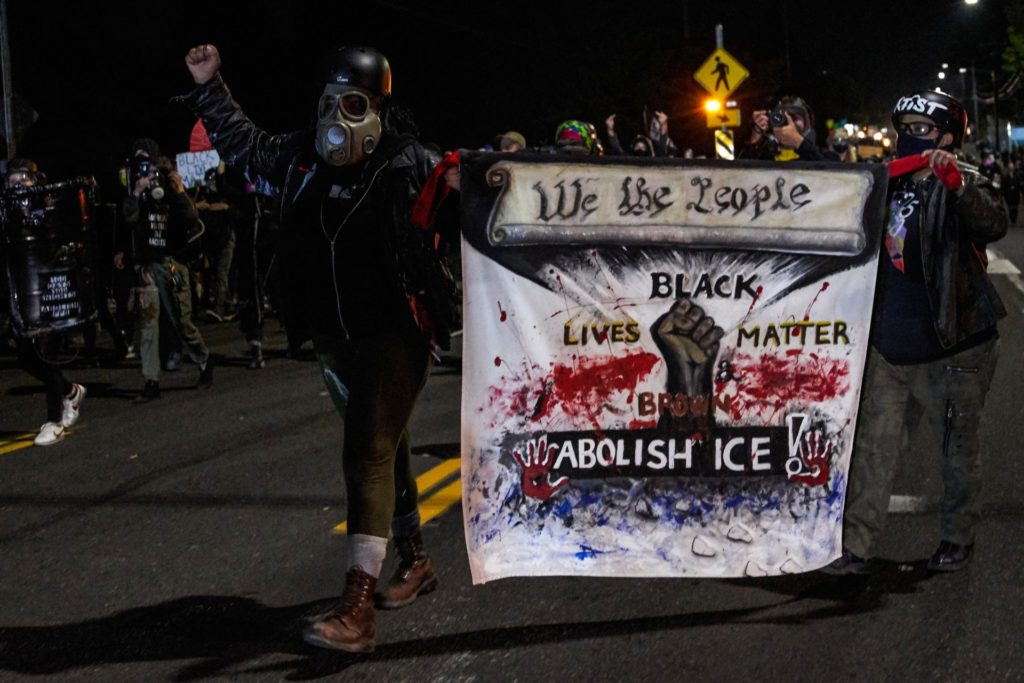 Protesters carry a banner as they march during the 100th day and night of protests against racism and police brutality in Portland, Oregon, on September 5, 2020. Police arrested dozens of people and used tear gas against hundreds of demonstrators as the western U.S. city marked 100 days since Black Lives Matter protests erupted against racism and police brutality. (ALLISON DINNER/AFP via Getty Images)

In all over 50 people were arrested withat least two apprehended while wearing body armor. One had a dagger, another had a knife.

Most of those arrested were arrested on suspicion of interfering with a peace officer or disorderly conduct, police said.

Police said one woman who was detained was bleeding from an abrasion on her head, and she was treated by medics at the scene before being transported by an ambulance.

The Portland Police Bureau said she jumped out of the ambulance and ran away before it left the scene, however. 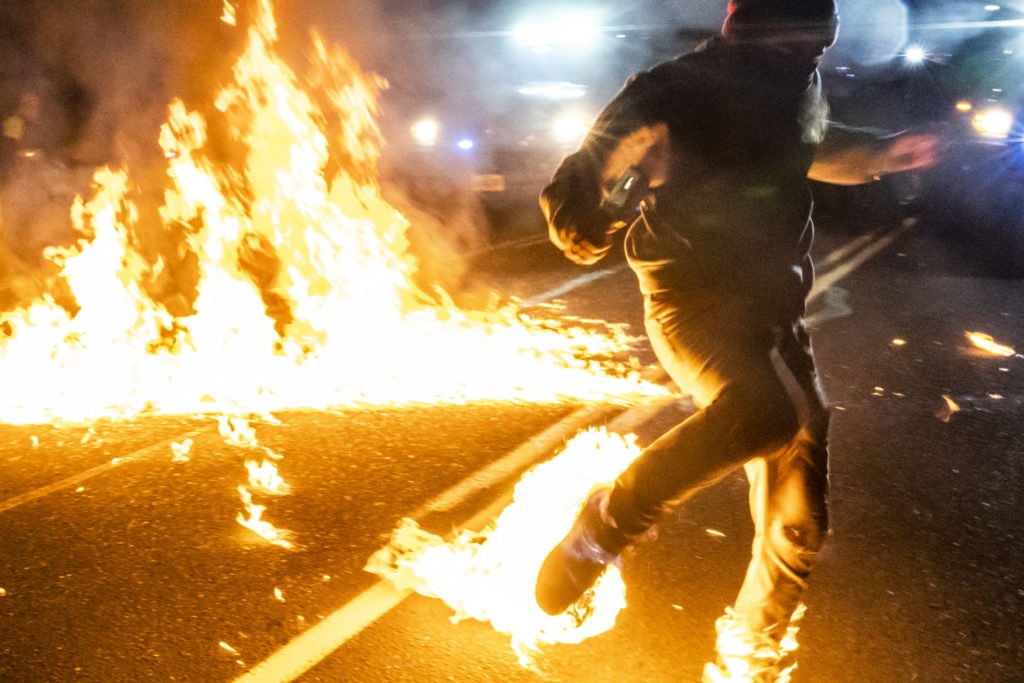 A protester, whos feet caught fire after a molotov cocktail exploded on him, runs toward a medic during a protest on September 5, 2020 in Portland, Oregon. (Nathan Howard/Getty Images) 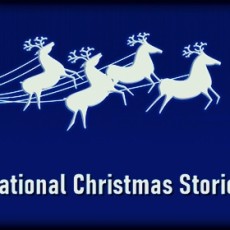 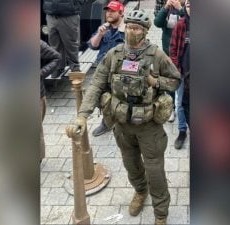 My Name is Jeremy Brown. Open Letter From Jail