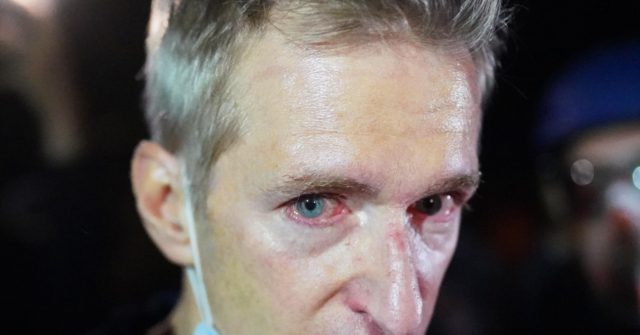 Portland Mayor Ted Wheeler criticized a local police officer who tackled a rioter on Monday night, tweeting Tuesday that the officer had been “filmed repeatedly striking an individual at a protest.”

Wheeler’s description gives the impression that a police officer brutally attacked a peaceful protester without provocation.

In fact, the “protest” was a violent riot, and the officer struck the rioter because he resisted arrest and fought the officer, removing his helmet.

The officer was striking a violent rioter who pulled off his helmet and resisted arrest. It’s on video. https://t.co/VBmMstVa0t

The video tells part of the story:

A police officer runs ahead of his line, tackles a protester, and starts punching them on the ground pic.twitter.com/gpwmMjwuWC

The Portland Police Bureau explained earlier Tuesday in a statement describing the riot:

A mass gathering devolved into a riot after individuals broke windows, burglarized a business, and lit a fire in an occupied apartment building.

[O]fficers observed someone throw burning material through a broken window into a ground-level business in a large, occupied apartment building. Out of concern that the fire could spread, causing an extreme life safety concern, the incident was declared a riot.
…

Over loudspeaker, participants in the gathering were told that the area was closed to all persons, including media and legal observers, to allow firefighters to respond and extinguish the fires. Few, if any, of the persons complied.

Officers began to move the crowd. Immediately officers reported rocks and paint balloons being thrown at them. Arrests were made. As the crowd moved away, some attempted to stack debris in the road to create barricades. Officers cleared them. At least one more dumpster was lit on fire.

Over the next couple of hours, officers continued to move rioters in an attempt to prevent them from reconvening at the site of the riot. More selective arrests were made when appropriate. By 2:00a.m., most of the participants in the gathering had left the area.

The “apartment building” in question was the home of the mayor himself. 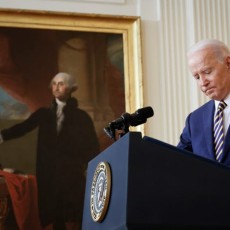 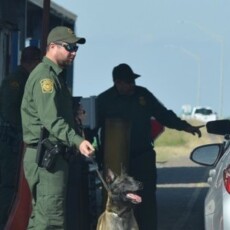 Gavin Newsom on L.A. Rail Theft: ‘We Look Like a Third-world Country’