Portland is the first city in the United States to enact a complete ban on facial recognition, including use by business and government.

The city council voted unanimously to approve the ban, despite being pressured by Amazon, which spent $24,000 on lobbyists hired to convince council members to oppose the measure.

While other cities in the country have placed prohibitions on the use by government of facial recognition technology, Portland is the first to encompass the use by private entities within the ban. However, the restriction applies only to the use of the technology in public places, leaving businesses and homes to deploy the devices on their own property.

City Commissioner Jo Ann Hardesty expressed her support for the ordinance, citing, among other concerns, constitutional violations committed by the use of facial recognition.

“As highlighted by numerous studies, articles, and community feedback, the problems with FR [face recognition] Technology are almost too numerous to count: they range from racial & gender inaccuracies, privacy concerns, issues of consent, due process, and corporations profiting off of private data,” Hardesty tweeted.

“I refuse to sit back and watch our right to privacy and our civil rights be stripped away so that corporations can make more money,” she continued.

At every level of government in the United States, facial recognition is being embraced as a way to “protect” citizens, and the infringement on constitutionally protected liberty is considered a worthwhile exchange for such increased “safety.”

An article published recently in Politico highlights the growing threat to due process posed by the proliferation of facial recognition technology:

Among public authorities, the appetite for facial recognition systems seems to know no bounds. Across the United States, federal, state and local agencies have been conducting so-called experiments for years, with the Transportation Security Administration and U.S. Customs and Border Protection both use facial recognition at select points of entry. On the state and local levels, police departments in Florida, Colorado and Oregon have begun to adopt the technology, with others exploring its use.

Facial-recognition software is now so complex and so sophisticated — and growing more so every day — that the increasingly federalized law-enforcement agencies in this country possess the power to identify and track millions of Americans neither suspected or accused of any crime, as required by the plain letter of the Constitution.

While some would point to the successful deployment of these devices in the identification and apprehension of those participating in violent protests — such as those that have plagued Portland — one could ask whether that same technology might not be used in another context to identify and apprehend citizens engaged in any sort of protest, one such as the Boston Tea Party, for example.

Anyone at any point on the political spectrum would surely see the potential for abuse of this technology, particularly when those whose images are uploaded to the database against which facial recognition images are compared have no idea that they are participating in such a program.

And there’s the crux of the constitutional problem: Due process includes the right to be notified of the charges being placed against you and the right to question the person accusing you of violating the law.

The protections provided in the Fifth and Sixth Amendments to the U.S. Constitution are denied to those targeted for prosecution by a camera.

When facial recognition technology is the sole source of evidence, the accused has no way to confront the witnesses against him, as guaranteed by the Sixth Amendment.

Furthermore, the Fifth Amendment is effectively repealed when everyone’s image is recorded by a camera and placed in a database of potential criminals. This is an obvious denial of the right to not “be deprived of life, liberty, or property, without due process of law.”

There are many, however, who will point to the good use to which facial recognition technology could be put. Supporters will cite anecdotal evidence of criminals being caught “thanks” to the cameras, criminals who might otherwise “be walking the streets.”

While this argument may seem persuasive to many, I am reminded of something written by the influential Italian criminologist, Cesare Beccaria:

A principal source of errors and injustice, are false ideas of utility. For example; that legislator has false ideas of utility, who considers particular more than general conveniences; who had rather command the sentiments of mankind than excite them, and dares say to reason, “Be thou a slave” who would sacrifice a thousand real advantages to the fear of an imaginary or trifling inconvenience; who would deprive men of the use of fire for fear of being burnt, and of water for fear of their being drowned; and who know of no means of preventing evil, but by destroying it.

Or, this from the equally eminent John Trenchard and Thomas Gordon. In the Cato’s Letters, they write: “Self-love beguiles men into false hopes, and they will venture to incur a hundred probable evils to catch one possible good; nay, they run frequently into distracting pains and expenses to gain advantages which are purely imaginary, and utterly impossible.”

It is utterly impossible for liberty and safety to co-exist. Liberty is dangerous, for it leaves one vulnerable to suffering the painful consequences of his evil designs.

With regard to facial recognition technology, the wholesale dragnet collection of the faces of anyone who passes within its range is anathema to American principles of liberty.

Portland’s city council is to be congratulated for pushing back against the Panopticon. Perhaps they were convinced by their city’s own descent into violence that we are no safer under the never-blinking eye of government.

Moreover, and this might be the most urgent and unanswered question related to the growth of government surveillance: With millions of Americans now donning masks in obedience to unconstitutional mandates issued in response to COVID-19, one wonders how effective facial recognition would be and whether the data is being used (or will be used) to identify those who dare defy the order to wear a mask.

That possibility places the potential use of the technology in an entirely new light: Maybe the original goal of the rapid expansion of the surveillance state’s systems for placing all people under watch was not to catch law breakers, but to identify and track those who refuse to recognize every edict, every order, every dictate of every politician to be truly the law, a word with sacred and set meaning.

Apart from that threat to liberty, the next question we should ask is: what is being done with all that data?

For now, there seems to be very little oversight of the ever-expanding surveillance state. Soon, there will be cameras on every corner — they’re already in every pocket — unless we decide to restore the constitutional barriers between our liberty and those who would take it from us.

Joe Wolverton II, J.D., is the author of the books The Real James Madison and “What Degree of Madness?”: Madison’s Method to Make America STATES Again. He hosts the popular YouTube channel “Teacher of Liberty.” 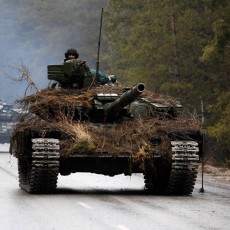 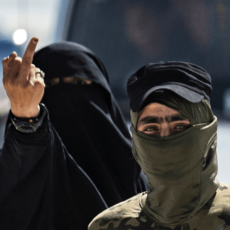