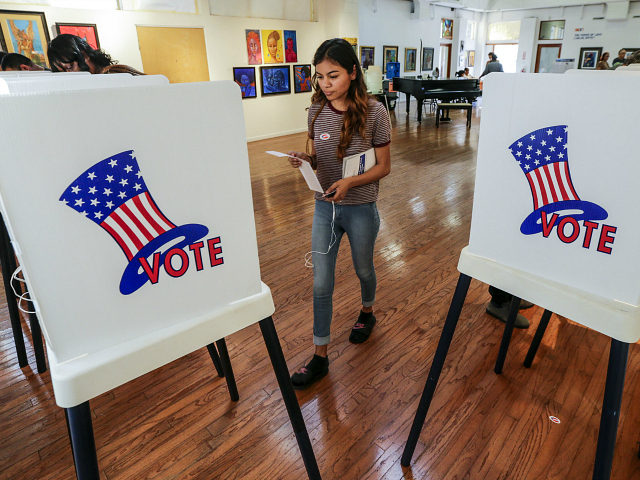 Notable pollsters are cautioning Americans to refrain from getting too comfortable with polling predictions as Election Day approaches, suggesting polls may not account for “shy” or “hidden” Trump voters– those who are largely responsible for President Trump’s upset victory four years ago. In this election, the magnitude of such voters could be even greater.

Politico spoke to two pollsters who “weren’t blindsided” by the Trump phenomenon in 2016: Arie Kapteyn and Robert Cahaly.

Cahaly is the chief pollster with the Trafalgar Group, which RealClearPolitics’ co-founder and president, Tom Bevan, called “one of the most accurate polling operations in America” because of its predictions in the last two political cycles. In 2016, Cahaly showed Trump winning both Pennsylvania and Michigan. His polls also showed Florida Gov. Ron DeSantis (R) leading his Democrat challenger, Andrew Gillum, in 2018’s gubernatorial race.

“Kapteyn, a Dutch economist who leads the USC’s Dornsife Center for Economic and Social Research, oversaw the USC/Los Angeles Times poll that gave Trump a 3-point lead heading into election day—which, Kapteyn notes, was wrong: Clinton won the popular vote by 2 points,” Politico reported, adding that both men suspect that surveys could be, once again, “undercounting” the support for President Trump. They attribute this phenomenon to “shy” Trump voters, or people “reluctant to share their opinions for fear of being judged.” These voters are more commonly known among GOP circles as the “silent majority.”

Kapteyn and his team at USC have attempted to identify this mysterious demographic by asking respondents whom they believe their friends and neighbors will vote for, in addition to whom they are supporting personally.

While Biden leads by double-digits nationally for the routine question of who the respondent supports, his lead shrinks to five or six points in what Kapteyn described as the “‘social-circle’ question.”

“One explanation for that may indeed be ‘social desirability.’ In general—and certainly on the phone—people may still be a little hesitant to say to [sic] that they’re Trump voters,” he explained.

While Cahaly said he is “not even debating” if Joe Biden will secure the popular vote, he believes Trump is “likely” to enjoy another victory in the Electoral College due to the “hidden Trump votes out there.”

He told Politico he focuses on battleground state polls rather than national surveys and stated that “people are going to be shocked.”

“A lot of people are going to vote this year who have been dormant or low-propensity voters. I think it’s going to be at an all-time high,” he predicted.

“The models of who’s going to turn out this year are very flawed. What type of person comes out for Trump? They’re not a normal election participant. They’re a low-propensity voter. We included them in all of our surveys in fall 2016, and we are including them now,” he continued.

Cahaly believes the magnitude of the “shy” Trump voter could be even greater this year due to the heightened tensions across the board, particularly against Trump supporters.

“In 2016, the worst being said about Trump voters is that they were ‘deplorable.’ 2020 is a whole different ballgame,” Cahaly said. “It is worse this time—significantly worse.”

“This year had more things where you can get punished for expressing an opinion outside the mainstream than almost any year I can think of in modern history,” he continued, adding that he is finding that people are “very hesitant [to share their preference for Trump], because now it’s not just being called ‘deplorable.’”

“It’s people getting beat up for wearing the wrong hat, people getting harassed for having a sticker on their car. People just do not want to say anything,” he explained:

We talk to lots of people in our surveys. And I hear things like, “Yeah, I’m for Trump, my neighbors are for Trump, but there’s one neighbor who just hates Trump. And when he walks his dog, he kind of wrinkles his nose by those houses, and I don’t want him to do it at my house, so I don’t put a Trump sign. I like the guy, and I don’t want him mad at me.” I hear stuff like that all the time. People are playing their cards close to their chest because there’s a stigma to being for Trump. What happens when the stigma rolls away from people who hide their vote, and they start admitting where they are? This is what I think is going to happen on Election Day.

When asked what he would say to voters who believe the election is locked up for Biden, Cahaly emphasized his belief in “hidden” Trump voters.

“I don’t think it’s done. Some of these national polls are not even taking into consideration the fact that Republicans have closed the gap with voter registrations,” he said, adding that they are not “taking into account the number of low-propensity voters who are voting and who will vote on Election Day.”

“I don’t think they’re measuring people’s genuine opinions. And I think [pollsters] are just not going to see it coming,” he said.

“I will be really surprised, given our own numbers, if there isn’t a very sizable gap between Biden and Trump in the popular vote—in favor of Biden,” Kapteyn said. “But in the states? I don’t know.”

All eyes are on key swing states, such as Pennsylvania, Wisconsin, Michigan, Florida, North Carolina, Arizona, and even Minnesota as Election Day swiftly approaches. Over the weeks, Breitbart News has spoken to dozens of Trump supporters across those states, Florida and Wisconsin, particularly, who also expressed the belief that the silent majority will show up in a greater volume than in 2016.

“We have everything, and I said, well, after hearing that they were going to pack the court, I finally said I’m putting my Trump flag up,” Bryce, a Wisconsin resident, recently told Breitbart News.

“Wouldn’t you know? Dozens in my neighborhood went up. The lesbian couple across the street — they’re very nice people; we love them — I didn’t think they’d ever put one up. They’ve got a Trump flag. There’s a lot of support that is sleeper support,” he continued.

“It’s like it’s a secret but when you meet somebody else in the secret society that supports Trump — because you can’t do it publicly or people will rip you. You know,” Bryce added when asked if there is a bigger and stronger silent majority from 2016:

President Trump is expected to hold three rallies in Pennsylvania on Saturday, one of the states he unexpectedly won four years ago, followed by stops in Michigan, Iowa, North Carolina, Georgia, and Florida on Sunday. 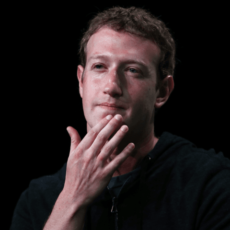 Most of Biden’s 221,000 Vote Margin Gain in Georgia in 3 Counties that Received $15 Million from Zuckerberg-Funded ‘Safe Elections’ Project 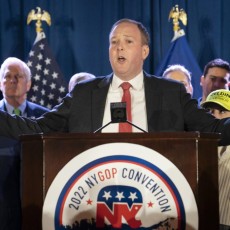 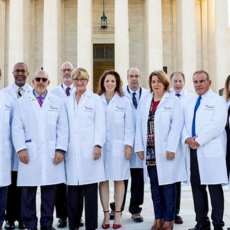