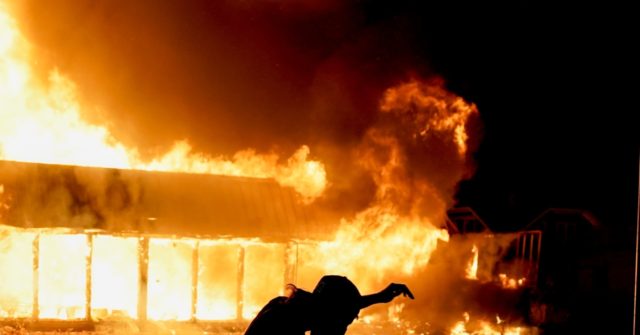 The key battleground state of Wisconsin was moving towards President Donald Trump and away from Democratic presidential nominee Joe Biden even before the Kenosha riots, according to two polls released on Wednesday.

A Trafalgar Poll conducted of likely Wisconsin voters between August 14 and August 23 showed the president leads Biden by one point, 46 percent to 45 percent, while a CNBC/Change Research poll conducted between August 21 and August 23 of likely Wisconsin voters shows Biden’s lead has dropped to five percent, 49 percent to 44 percent.

Currently, the Real Clear Politics Average of Polls shows Biden leads Trump in Wisconsin by a margin of 3.5 points, 48.5 percent to 45 percent.

Perhaps the biggest electoral college surprise of the 2016 presidential election came in Wisconsin, where President Trump narrowly won the state’s ten electoral college votes by a margin of 27,000 votes over Democratic nominee Hillary Clinton, just one percent of the 2.7  million votes cast in the state.

The calling of Wisconsin’s ten electoral college votes for the president early on the morning of November 9, 2016 by Associated Press was a key tipping point that led major news networks, such as Fox News, to declare Donald Trump the winner of the 2016 presidential election, as it bolstered his election day electoral college total to 306, which was 36 more than the 270 majority needed to win the presidency.

Rioting in Kenosha, Wisconsin began on Sunday evening, August 23, the final day that both the latest Trafalgar Group poll and the latest CNBC/Change Research poll were being conducted.

Those riots came just hours after local police shot 29-year old Jacob Blake, a black man with a history of altercations with police, in the back after he resisted arrest. Blake remains in serious condition, though he is expected to survive.

Kenosha is located just north of Wisconsin’s state border line with Illinois and about 25 miles north of downtown Chicago.

The unrest has been widely condemned by local law enforcement officers, as well as President Trump.

The initial response of Wisconsin Gov. Tony Evers, a Democrat, was seen as insufficiently strong by many in Wisconsin.

“TODAY, I will be sending federal law enforcement and the National Guard to Kenosha, WI to restore LAW and ORDER!” Trump wrote on Twitter.

As Breitbart News also reported on Wednesday, Blake, “admitted to law enforcement that he ‘had a knife in his possession,’ the Wisconsin Department of Justice announced in a Wednesday statement.”

Players for the NBA’s Milwaukee Bucks announced Wednesday afternoon they were boycotting that day’s scheduled contest with the Orlando Magic:

The Milwaukee Bucks say they won’t play Wednesday’s playoff game, and other players are mulling an NBA boycott over the police-involved shooting of Wisconsin man Jacob Blake.

On Wednesday afternoon, the Bucks refused to come out of their locker room to play game five of their series with the Orlando Magic because of the Blake incident.

“There’s a systemic problem, and until the problem is fixed, this is going to be an all-too-common sighting in this country,” he said, according to Packers.com. “It obviously hits home being not far from Green Bay. I’m not going to comment directly on the video until more facts come out, but obviously it’s something whereas a nonpolice officer, I think for a lot of us the natural question is when is lethal force necessary?

“Again, I think that goes to a systematic problem that needs to be addressed at some point. There’s antiquated laws that are prejudicial against people of color in this state. I think the governor and the folks at the Capitol need to take a hard look at some of those systems that are in place.”

The reactions of most middle class voters to the Kenosha riots in particular and the general wave of riots around the country since the death of George Floyd in Minneapolis in May appear to be quite different from the reactions of professional athletes.

Most middle class voters appear to favor a return to law and order in riot-torn Democratic controlled cities.

It remains to be seen what impact these differing reactions will have on voter attitudes in Wisconsin, but it would not be surprising in the aftermath of the Kenosha riots to see President Trump’s upward trend with likely voters in Wisconsin to continue. 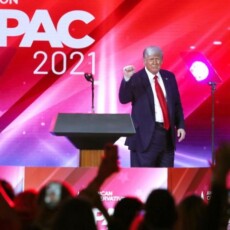 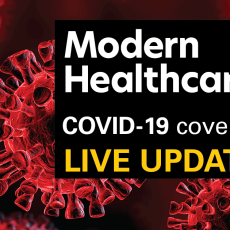 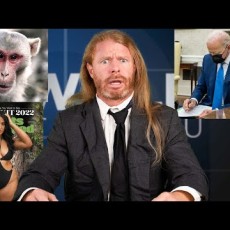