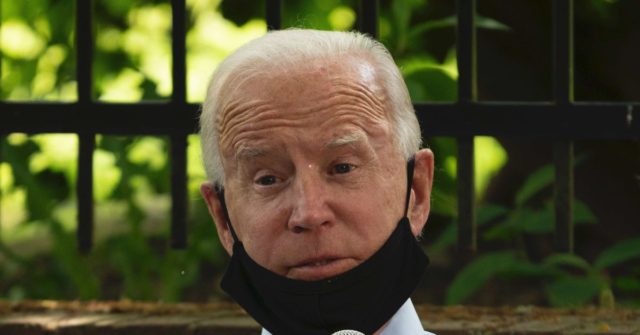 Vice President Joe Biden and Sen. Kamala Harris (D-CA) are making the coronavirus the focus of their campaign. They argue that Biden would have handled the pandemic better, and that President Donald Trump has done a poor job, leading to our country’s current economic and social problems.

But the opposite is true: Biden would have done a terrible job, and Trump has done a very good job — one that has minimized death, and maximized the potential for an economic recovery.

– Biden managed past “pandemics.” Biden was vice president during two diseases: H1N1 swine flu in 2009, and Ebola in 2014. He failed at both. During H1N1, Biden caused panic by telling people to stay off airplanes and trains, such that the White House had to walk back his comments. And Ebola was so poorly managed that it helped cause Democrats to lose control of the Senate in the 2014 elections. Notably, the Obama-Biden administration refused to issue travel bans.

– Obama-Biden left behind a pandemic “playbook.” In reality, only 17 pages of the 69-page “playbook” deal with an international outbreak of an infectious disease. The playbook specifically states that it is not “intended to serve as a comprehensive concept of operations.” Rather, it is largely a summary of other documents. Notably, the playbook is ambivalent about travel bans — which President Trump implemented, and which Biden opposed for the coronavirus.

– Obama-Biden created a pandemic response office that Trump eliminated. As former National Security Council official Tim Morrison explained, the office was not dissolved, but reorganized to make it more effective. Staffers were not dismissed, but reassigned to the counterproliferation and biodefense directorate. “If anything,” Morrison wrote in the Washington Post in February, “the combined directorate was stronger because related expertise could be commingled.”

– Biden warned about the pandemic. Biden published an op-ed in the USA Today on January 27 claiming that Trump had not prepared the U.S. for a pandemic. The Trump administration formed the White House coronavirus task force that same day. For all his concern about the pandemic, Biden hardly mentioned it again until the Democratic debate in South Carolina on Feb. 25, the first time it came up explicitly in a debate. He continued campaigning, with rallies, until Mar. 10.

– Biden would have trusted the experts, unlike Trump. Trump has trusted medical and scientific experts throughout the pandemic — including Dr. Anthony Fauci, whom Biden says he would retain in charge of the pandemic response. Dr. Fauci advised against wearing masks until months into the pandemic; he also said, well into March, that it was safe to go to rallies or on cruises. While respected, Fauci is hardly infallible. And even he says that Trump listened to his advice.

– Biden would have brought leaders together. Biden says that he would bring the nation’s leaders together to fight the pandemic. But when he had that opportunity, he refused. Instead of offering support to the president, Biden used COVID-19 to score political points. In a speech March 12, the day after Trump’s Oval Office address, Biden slammed Trump — even though most of the policies he recommended for the country were things the administration was doing already.

– Trump banned travel with China; Biden opposed the travel ban. When Trump shut down travel with China on January 31, Biden called it racist — “hysterical xenophobia” and “fear-mongering.” But the travel ban saved lives, as Dr. Fauci admitted to Congress last month. More than two months later, Biden flip-flopped and decided he supported the China travel ban. He later claimed, falsely, that he called for the country to be shut down a week before Trump did it.

– Trump encouraged people to cover their faces and became a stronger proponent of masks over time. Biden declares that he would impose a national mask mandate — without explaining how he would enforce it. Trump never opposed masks; on the contrary, he encouraged people in March to cover their faces, before experts said so. Later, he began wearing a mask more openly. But he never forced people to do it; he left that to state and local leaders to decide.

– Trump used the Defense Production Act — without nationalizing industry. Biden demanded that Trump invoke the Defense Production Act — after Trump had already done so. But Trump was careful in his use of that law, explaining to reporters that most companies were stepping up to help voluntarily, and that countries that nationalized industry — like Venezuela — destroyed their economies. In the end, the U.S. produced so many ventilators that there was no shortage.

– Trump allowed states to set their own policies. Though Trump took action at a federal level to shut down foreign travel, among other measures he let states decide whether to shut down their economies. It was a policy that made sense, given the diversity of America — some areas were barely touched by COVID-19, and some recovered very quickly. As a result of Trump’s federalist approach, the U.S. economy is rebounding faster than countries that shut down completely.

– Trump suspended cumbersome regulations and encouraged innovation. Unlike Biden and the Democrats, who prefer regulating everything, Trump cut red tape to accelerate the development of treatments and vaccines for COIVD-19. He also issued executive orders reducing the cost of drugs and allowing the use of telemedicine, so that doctors could speak to and treat patients remotely — an innovation that could drastically reduce the cost of health care over time.

– Trump followed the scientists in encouraging schools to reopen. Biden and the Democrats say they would put science first, but they are defying the scientific consensus that it is safe — and important — for children to return to school. Though control is ultimately at the state and local level, Trump backed the reopening of schools, which would not only benefit children but would also allow parents — particularly mothers — to return to work, helping the economy recover.

Finally, it is also crucial to note that Biden and Harris encouraged the nationwide protests that followed the killing of George Floyd in police custody in Minneapolis, Minnesota. These protests defied the rules and recommendations on large gatherings, social distancing, and the wearing of masks. They helped spread coronavirus and shattered social discipline, sending the message that the rules did not matter. In that way, Biden and Harris made the coronavirus pandemic worse. 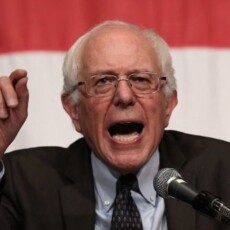 Sanders on the Filibuster: We Can’t Have GOP ‘Obstructing What the American People Want’ 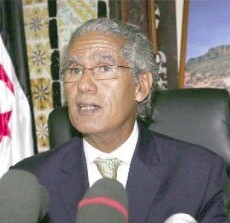