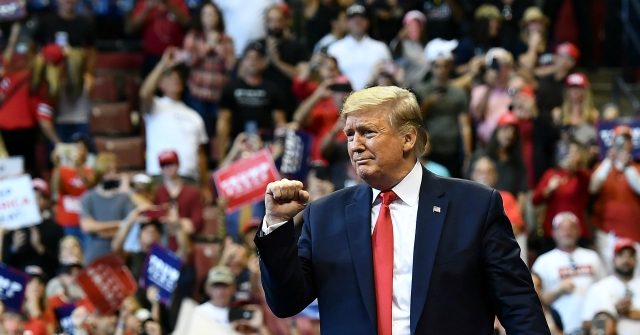 The poll, from Orlando’s Fox35 and InsiderAdvantage, shows Trump up over Biden 46 percent to 43 percent, with one percent support for Libertarian Jo Jorgenson and ten percent undecided.

The survey of 400 likely Florida voters was conducted from Oct. 6 to Oct. 7, meaning this came after the first presidential debate and after President Trump’s diagnosis with coronavirus.

It also was done entirely since Trump left Walter Reed hospital, where he spent the weekend after his diagnosis late last week. Trump was treated with Regeneron’s antibody cocktail drug, which is awaiting emergency use authorization by the Food and Drug Administration (FDA). When it is approved, President Trump said that it will be given to those who need it for free–as it is being provided through Operation Warp Speed, the Trump administration’s signature program to develop treatments and eventually vaccines for the coronavirus pandemic.

Trump’s three-point lead is inside the poll’s 4.9 percent margin of error.

“These results are still within the margin of error, so Florida remains up for grabs. But to paint it blue or red on any projected electoral map at this point would be pure folly,” pollster Matt Towery, Sr., said.

Towery, InsiderAdvantage’s founder, said that Trump’s support has grown in the black community–and that he believes some other polls are missing that and other levels of support for President Trump over Biden.

“Once again, based on poor data and or weighting, many of the polls we are seeing simply are not picking up the actual level of support for President Trump,” Towery said. “What stands out in this poll is that Trump is actually picking up 12% of the African American vote in the Sunshine State.”

A win in Florida, which is now Trump’s home state after he moved his official residence there from New York during his time in the White House, is basically imperative for Trump win back the White House. Its 29 electoral votes would go a long way in securing Trump a second term, and without them Trump would need to be near-perfect in several states.

That being said, Trump did win the state in 2016–and Republicans kept their winning streak going there in 2018, with midterm election wins in the governor and senate races. Now Gov. Ron DeSantis (R-FL) and now Sen. Rick Scott (R-FL) both vanquished well-funded and hard-charging Democrat opponents in the midterm contests. 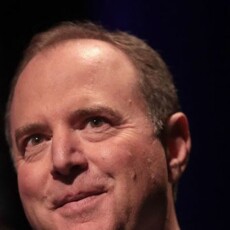 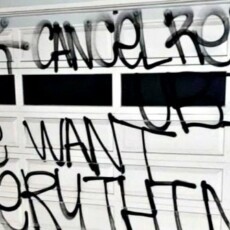