On 13 October, as Polkadot founders Gavin Wood and Robert Habermeier announced Polkadot’s highly-anticipated parachain auctions, the market’s expectations from the 8th-ranked coin soared. In tandem with the market’s rising expectations, DOT recorded a 15% rally in less than three days.

This, however, according to many in the space, is just a trailer of the heights DOT will soar to in the coming months.

Nonetheless, this isn’t the first time the alt’s price has soared amid high social anticipation. Ahead of highly-anticipated upgrades, altcoins tend to see rallies fueled by highly positive social sentiment.

Ethereum, for instance, ahead of EIP-1559’s release on 5 August, saw a close to 40% price rally. However, its price started consolidating a week into the release after facing resistance around the $3300-mark.

Likewise, Cardano, before the launch of its smart contracts on 12 September, made a new ATH amid high expectations and social volumes. However, one week ahead of the release, the altcoin shed close to 20% and didn’t see any major price gains after the launch.

In fact, the crypto’s price has been going down since. At the time of writing, ADA was valued at $2.20, down by 26.38% from its ATH. Needless to say, this trend raises concerns about whether DOT will meet the same fate.

DOT’s fate could be different

With Polkadot nearing its parachain auctions, the alt seemed to be riding on a wave of high social volumes. Alas, high social volume hasn’t been a major catalyst for price in the case of altcoins. What’s more, since Kusama’s post-auction release phase led to the altcoin shedding close to 68% of its value, there has been considerable skepticism about DOT’s rally too.

However, on 14 October, Polkadot whale and notable community member Donnie BigBags tweeted that the Polkadot to Kusama bridge will be rolled out by the end of this year. This would make Kusama ‘more than just a testnet.’ It could solve interoperability issues that the Polkadot network has faced of late. This could boost the network, thereby boosting the alt’s price too.

Another trend that confirmed the market’s bullishness was that after the news of the auction launch, more than 11 million shorts were liquidated. Furthermore, its Open Interest spiked to above $950 million. 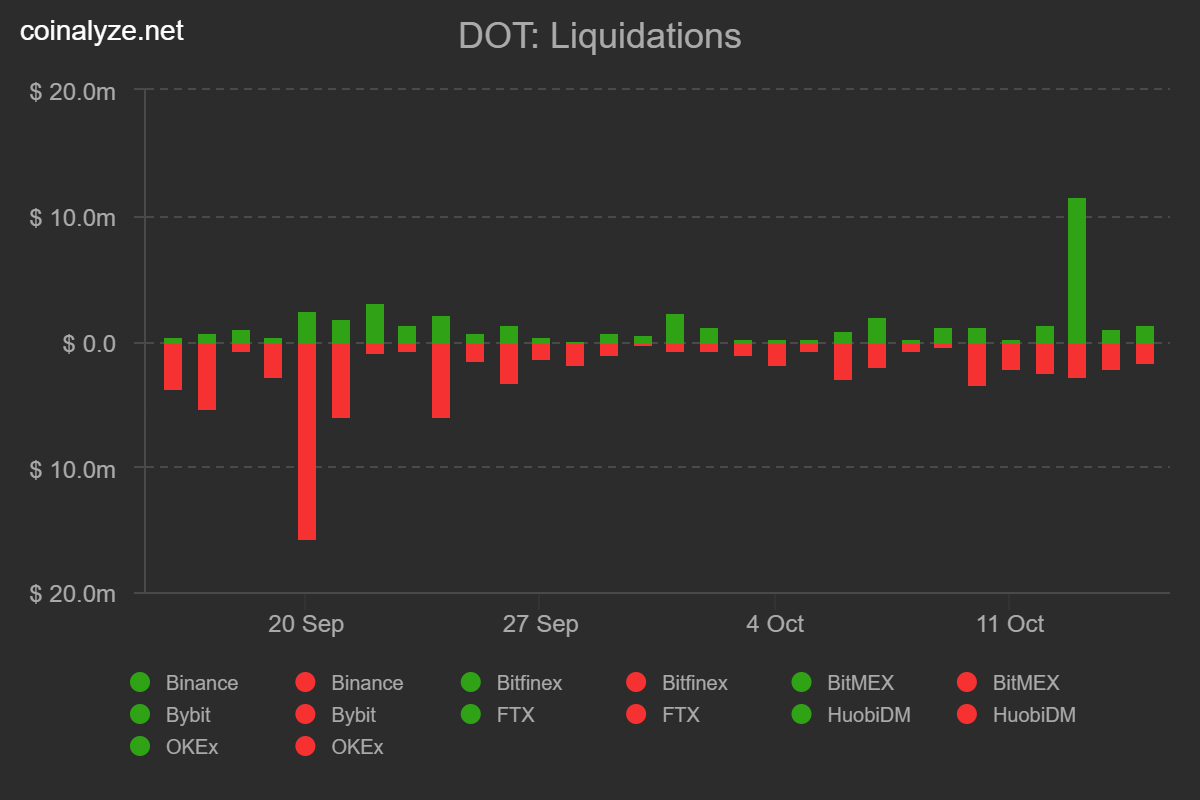 While DOT’s long-term trajectory looks secure for a lot of reasons, at the time of writing, DOT was down by 0.54% on its daily chart. In fact, the alt has been noting lower highs for the last three days, which makes it appear as though it may see some consolidation going forward.

However, if DOT establishes a significantly higher support level, it could act as a good push-zone for the altcoin.

That being said, the chances of DOT rallying after some consolidation look solid, especially since BTC and ETH are leading a market rally. But, Polkadot might need higher trade volumes and lower social volumes so that it rallies quietly. 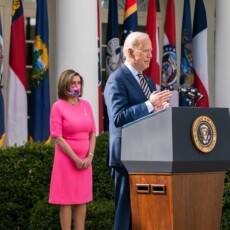 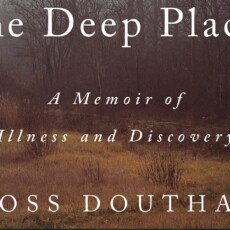