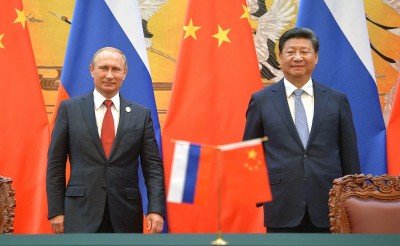 The Chinese-Russian strategic partnership could be leveraged to stabilize the CAR after this Sunday’s elections and might eventually become a model for them to apply towards their other African partners too.

The Central African Republic (CAR) has once again attracted the world’s attention after its planned general elections on Sunday were preceded by fears of an armed coup and a sudden outbreak of violence in the week prior. President Faustin-Archange Touadera, who’s running for another term, accused former President Francois Bozize of plotting a coup after he reportedly allied with a group of opposition politicians and armed rebels that formed the Coalition for Patriots of Change (CPC) last weekend and threatened to take over the capital.

Mr. Bozize denied the claims, but speculation still swirls about his intentions. He was recently barred by the courts from running in the elections, after which he and some others then claimed that the vote should be delayed due to concerns that it wouldn’t be free and fair. In addition, the CPC with which he’s reportedly allied consists of some of the groups which control an estimated two-thirds to four-fifths of the country. Interestingly, Mr. Bozize himself was overthrown by a rebel coalition in 2013, which in turn sparked a vicious civil war. 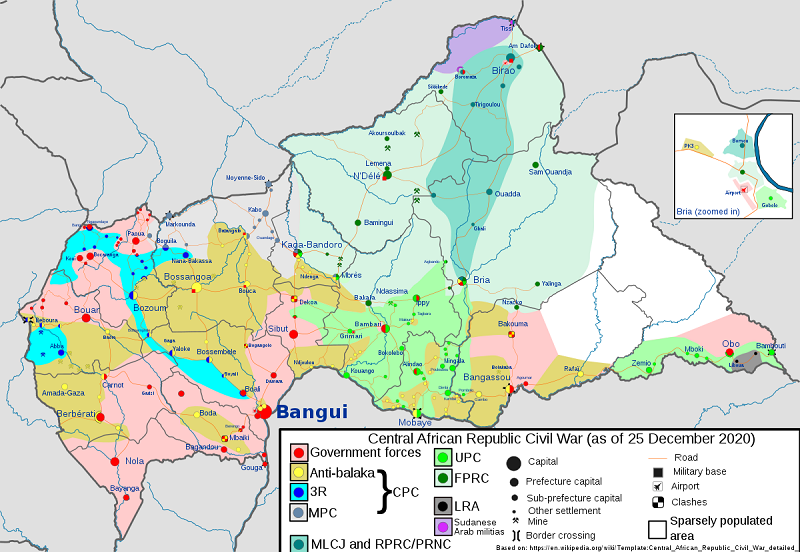 The resultant conflict quickly threatened to reach genocidal proportions after it descended into a spree of unprovoked killings between members of the Christian majority and Muslim minority. The worst-case scenario was averted after a UN intervention in early 2014, which continues to this day. The CAR then cultivated close military relations with Russia in accordance with international law, which saw the dispatch of several advisors and reportedly also a host of private military contractors to help train and equip the national armed forces.

Western countries like the US and former colonial power France dishonestly misrepresented Russia’s legal support for the CAR in such a way as to imply that Moscow might have malign intentions. Russia’s sudden upsurge of influence there makes them very uncomfortable. Instead of being the result of a conspiracy like they fear, however, it’s simply due to Russia respecting the CAR as an equal partner. The CAR appreciates the fact that Russia doesn’t take advantage of it like the US and France used to.

A CAR government spokesman claimed last week during the height of hostilities around the capital that Russia “sent several hundred soldiers and heavy weapons” together with Rwanda, though Russia’s Deputy Foreign Minister Mikhail Bogdanov denied this. He said that Moscow is complying with all UN Resolutions, but reminded everyone about their bilateral military agreement to train the national armed forces, hence the presence of Russian military experts in the country.

In any case and however it came to happen, the CPC rebel advance on the capital of Bangui was halted. The armed opposition coalition then announced a three-day ceasefire ahead of Sunday’s elections, though they went back on their word on Friday. That same day, three Burundian peacekeepers were killed. It can only be hoped that Sunday’s elections proceed without too many problems, but even if that happens, it’s clear that more must be done afterwards in order to ensure stability in this war-torn and highly impoverished country.

The international community needs to redouble its support for the CAR’s peacekeeping mission. The armed rebels that control the majority of the country must be militarily defeated and/or peacefully co-opted into the political process. Failure to do this as soon as possible will leave a Damocles’ sword dangerously hanging over the capital. In addition, the CAR urgently needs more investment into its infrastructure and jobs for its people. It’s here where Russia and China could cooperate to help the CAR like no other countries are capable of doing.

Moscow is already Bangui’s top military partner whereas Beijing is its leading economic one according to the Observatory of Economic Complexity. Considering these Great Powers’ strategic partnership with one another and head of the Chinese Foreign Ministry’s African Affairs Department Wu Peng’s announcement on Thursday that they agreed to join forces to contribute to Africa’s economic development, the possibility arises of them playing complementary roles in stabilizing the CAR after Sunday’s general elections.

Russia’s continued security assistance to the CAR could help it regain control over its territory, after which China’s Belt & Road Initiative (BRI) investments could redevelop the country.

The CAR is strategically located in the geopolitical heart of Africa, thus imbuing it with unparalleled connectivity potential if properly tapped into. Thus, the Chinese-Russian strategic partnership could be leveraged to stabilize the CAR after this Sunday’s elections and might eventually become a model for them to apply towards their other African partners too.

COVID-19: Vaccine Trial Paused: What Next?