ER Editor: We’re running a couple of items here. First, Alex Christoforou of The Duran team, commenting on the bizarre situation over Polish PM, Mateusz Morawiecki, harshly criticizing Norway for basically being able to make money on its OWN oil and gas sales. Plus the equally bizarre development of Poles being able to walk into Ukraine and take up key offices, a sort of weird quid pro quo by Zelensky for Ukrainian refugees having recently been granted all the rights of Poles themselves in their own country, such as access to employment, healthcare, etc.

It needs to be noted that Poland is the biggest supporter of Western Deep State interests. And those interests are not seeking Poland’s betterment, nor Ukraine’s.

In a way, Poland and Ukraine are integrating. The Polish PM made a surprise visit to the Ukrainian parliament over the weekend. Making unannounced visits to the Ukrainian Parliament and talking to lawmakers seems to be the cool thing to do right now. The Polish Parliament passed a law granting Ukrainian refugees in Poland the same rights as Polish citizens, having rights to healthcare, work, etc. And just this Sunday, Zelensky put a bill to the govt. which reciprocates what Poland is giving to Ukrainian refugees, except now Polish citizens in Ukraine will have more than access to social services, etc. They’re going to be allowed to run for public office, enter the police force, &etc. which is all very odd. The bill is still in the works. So what separates Poland from Ukraine? That is the question. On the 24th/25th, there is a peacekeeping mission by Poland in Ukraine. This won’t end well for Poland, integrating with a country where there is some very bad history, such as Ukraine’s Banderites (i.e. Nazi supporters) historically doing terrible things against the Poles.

In terms of Norway, Polish PM Mateus Morawiecki has been blasting that country because it’s making money on its energy trades due to current prices being very high. Norway is one of the few EU countries that exports energy. Morawiecki believes Norway should just give away its oil resources because … Putin. This could signal that it’s not so easy for countries like Poland, Finland and Bulgaria to get energy as they’ve claimed. The Polish PM is getting nervous as reality is starting to hit. As Christoforou says, it’s a clown world. Morawiecki is suddenly complaining about free market capitalist forces.

Norway has made it clear that it’s not going to give in to Poland’s demand for it to share its growing profits from the oil and gas trade with either Warsaw or Kiev.

On Sunday, Polish Prime Minister Mateusz Morawiecki claimed that Norway would earn an extra €100 billion ($106.9 billion) from energy sales this year due to a spike in oil and gas prices caused by the conflict in Ukraine and international sanctions on Russia.

“They should share these excess profits. It’s not normal, it’s unjust. This is an indirect preying on the war started by [Russian President Vladimir] Putin,” the PM insisted, adding that Oslo shouldn’t necessarily send its money to Poland, but to Ukraine.

He explained that excess oil and gas revenues go into the country’s pension fund, also known as the Oil Fund, which was established in 1990 to make sure that this wealth serves the current and future generations of Norwegians.

“Although petroleum revenues have increased as a result of the war in Ukraine, the value of the fund has fallen,” Vad Petersson pointed out.

One by one, European countries have cut energy ties with Russia (ER: this isn’t true – they’re biting the bullet mostly and paying in rubles via GazpromBank once their euro payments have been deposited, a way for Russia to avoid delivering gas and then having euro currency payments frozen by Brussels as a Washington-enforced ‘punishment’), but often at a significant cost, and inter-EU rifts are beginning to show as the inevitable consequence of higher prices are felt. At the same time, Norway as western Europe’s largest oil and gas producer is reaping the profits windfall.

Polish Prime Minister Mateusz Morawiecki has taken the unusual step of urging for Norway to share its “gigantic” profits made as a result of soaring oil and gas prices, posing during a Sunday Q&A at a political youth forum, “But should we be paying Norway gigantic money for gas — four or five times more than we paid a year ago?” He then asserted in the negative, “This is sick.”

“They should share these excess profits. It’s not normal, it’s unjust. This is an indirect preying on the war started by Putin,” the Polish leader stressed.

That’s when he presented the controversial ‘solution’, saying: “Write to your young friends in Norway…They should share it, not necessarily with Poland [but] for Ukraine, for those most affected by this war. Isn’t that normal?”

There will likely be further such possible similar scathing rebukes to come and sour grapes expressed at least behind close doors, given some ‘frontline’ European countries see themselves as first to make the greatest energy and economic sacrifices for the sake of supporting the West’s economic war on Putin, while others on the periphery indirectly reap the benefits.

Poland, as a prime example, had weeks after the Russian invasion terminated a badly needed deal to receive Russian gas by way of the Yamal-Europe pipeline. Warsaw refused to pay according to Putin’s mandated rubles mechanism. As others sat on the fence or else like Hungary defied pressure to cut off Russian supply, Poland prided itself on its stoic resolve no matter what… “Gas was like our drug” one prominent Polish economic pundit was previously quoted as saying:

Pawel Różyński, an economic commentator in the conservative daily, Rzeczpospolita, said Russia was “like Pablo Escobar”. “Gas was like our drug and turned out to be very addictive because it was cheap, efficient and more ecological than other sources of energy. Poland has been forced to get sober very fast … but we have lost a lot of time defending coal because we thought it protected our sovereignty … and one of the side-effects will be much higher energy costs.”

Ironically, it was Scandinavian countries Norway and Denmark, which previously inked a deal with Poland to deliver gas from the North Sea via the €2.1bn Baltic Pipe project, that have played an instrumental part in Poland’s ability to reduce energy supply from Russia in the first place. Baltic Pipe is expected to come online in 2023, which Warsaw has seen as essential in diversifying its energy sources amid a years-long struggle to wean itself off Russia.

Bloomberg writes of Poland and its energy demand, “The country sees its gas needs rising by about 50% over the current decade as its utilities build new power plants in place of aging coal-fired units.” Further the report notes that “The deal with Norway and Denmark to build the link from the North Sea was crucial for the Polish ruling Law & Justice party’s policy to cut energy ties with Russia.”

Poland has long been at the European forefront of warning that Moscow at any time held the power to ‘weaponize’ its energy hold over Europe, something which it should be remembered former US President Trump a few short years ago came under fire for. He had irked many Western leaders, and was condemned and his arguments dismissed in Western mainstream press, by calling them out as “captives to Russia” (in remarks at the time aimed squarely at Germany). 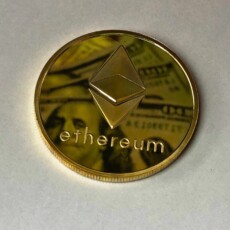 As Altair upgrade nears, looking into Ethereum outperforming Bitcoin ‘at some point’ 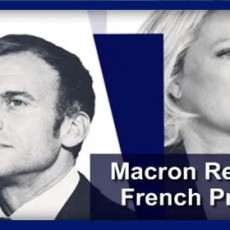 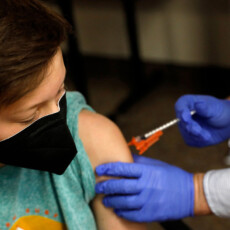