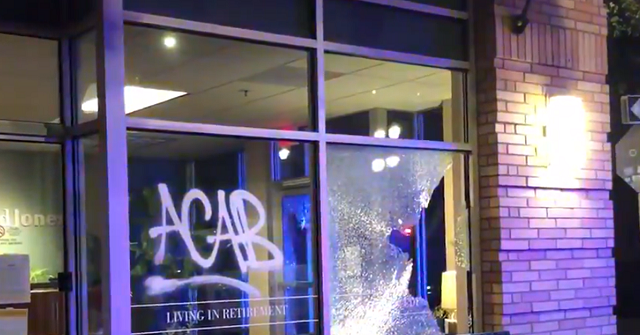 The Portland Police Bureau declared a demonstration that turned violent Saturday night to be a riot. The declaration followed the smashing of windows of multiple businesses in northeast Portland during a “Capitalism is Scary” march.

Portland police officials tweeted a warning to protesters that the now-violent demonstration is now considered to be a riot. The police ordered people to cease and disperse.

To those marching on NE Martin Luther King Jr Blvd: This has been declared a riot. Members of this group have been observed damaging multiple businesses. All persons must immediately leave the area. (continued)

The Portland march against capitalism and police violence wasted no time in turning violent Saturday night, The Oregonian tweeted.

The local newspaper reported the Halloween Night march was labeled by organizers as the “Capitalism is Scary” protest.

Videos tweeted from the business district show multiple windows being broken out of storefronts.

UPDATE: POLICE HAS OFFICIALLY DECLARED IT A #RIOT AND SAID TO ARREST ANYONE WHO IS SEEN – Lots of businesses damaged at Martin Luther King Jr. Blvd, NE #Portland – Watch: pic.twitter.com/quALFPjwyD

Other photos tweeted show the extent of damage caused by the anti-capitalist, anti-police rioters.

Portland protesters this evening march from Irving park to just near Lloyd Center before Portland police intervene. A riot had been declared due to multiple businesses being damaged along the way. #portlandriot #portlandprotest #portland #pdxprotest #protest #Riots pic.twitter.com/mUWridbZyL 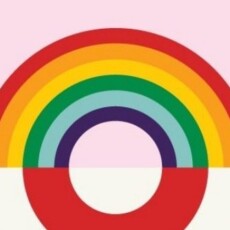