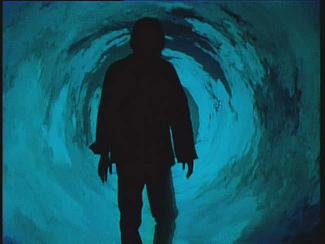 One cannot fail to recognise the ubiquitous crisis in all forms of leadership that exists on the planet today. Qualities of wisdom, courage and statesmanship, once admired and emulated by aspiring people of principle, have been undermined and sterilised via collective slavery to the prescribed money and power agenda, which reflects the default position of society.

Today, little people claim to be big and ‘big’ people seem to want to be invisible. The higher values of society have been corrupted and put into reverse, replaced by a centrally directed pandemic of fear and confusion; leaving nobody sure what direction society needs to move in.

Out of this chaos a new type of leadership will need to emerge and its primary value must be Spiritual Wisdom. It is the prima facie lack of spiritual aspiration in the great body of humanity which has allowed the anti-life corruptive forces to gain such a wide ranging control over everyday life.

There are two predominantly fake versions of spirituality: formal religion and the narcissistic meditator. These have replaced the deeper calling of true individual spiritual evolution: confronting injustice and giving service to humanity.

In the former case, by replacing prophetic teachings with dogma and control, and in the latter, by using bona fide Eastern practices as a personal escape mechanism. A closing of the eyes to the need to face up to the injustices of the world and working to expose and change them.

The deeper calling which exists in all humanity has been grossly undernourished, leaving many having no ‘belief’ in the existence of a greater force for good and no sense of deeper purpose associated with ‘being alive’. What might be described as living in a permanent void.

How can life on Earth improve while such a state prevails? How can people be uplifted when the spark of life has died in them?

The starting point for reversing this dystopian state of affairs is to recognise that this spark is not actually beyond redemption. But that it is simply buried and suffocated by continuous confirmation to the long-running fake plan for society, and could re-emerge from its enforced hibernation if the right conditions were set in place to bring about such a transformation.

Since we are all blessed with receiving ‘life’ (being born) it becomes a question of admitting to a Source of this life state which comes before and extends beyond the individual ‘you’ and ‘I’. Provided one has some sense of wonderment about this greater life force one’s spirit is intact and onward one can go to develop the values of courage, dignity and statehood I mentioned at the start.

If there is no wonderment, but moral and ethical values are nevertheless expressed, this will suffice in upholding the basic dignity associated with being human, but will not give creative impetus to the evolution of human society.

But if there is no dignity and no wonderment – and the capitulation to slavery has been complete – then only a radical form of redress could come to the rescue of the values that give meaning to life and the lost souls trapped into laying their lives at the feet of our planetary oppressors.

That radical form of redress is what is now needed. It means the rise into positions of respected leadership of individuals (and groups of individuals) who are dedicated to advancing the cause of human emancipation, whatever the odds that stand against them. And since it is dogma and indoctrination that are the first two hurdles to stand in their way, these must be the first to come under sustained attack.

This means root and branch reform of the entire education system and a radical rebuilding of the teacher pupil relationship. A transformation founded upon the natural human propensity for social bonding, the insight that leads to ‘vision’ and a sharing of the work-load that life places in all our laps.

The goals that have been set for new arrivals on this planet are false. That is the first lesson for any ‘real’ education. A child arrives on Earth as a bright and beautiful human being, full of the innocent spontaneity which is a direct expression of the divine source from whence the child has come. But the figureheads of the society into which that child arrives have the ambition of turning this new human being – into a robot.  Something a bit wrong here, wouldn’t you agree?

Computer technology and the digitalised images such technology conveys, are not compatible with the human condition. They are alien to true humanity and represent a disconnect between body, mind a spirit. A distortion of our deeper bond with the greater whole without which we cannot operate as real people, only as fake lookalikes.

The emerging ‘true leadership’ will recognise this fact and ensure that the body, mind and spirit unity is redeemed as the first and most fundamental condition of the new education.

It will also recognise that the same distortion of truth lies at the heart of the financial institutions that control the global money supply, ensuring the ever greater disparity between poverty and wealth.  The new education will therefore elucidate an economic principle whereby the wealth of the planet is to be shared amongst all peoples and poverty is eradicated.

It will note that there is no proper justice left within the decisions and processes of national and international law, and will advise a fair system of trial accompanied by ‘a corrective’ process rather than the ‘coercive’ process of the existing prison system.

An alliance with cosmic law (God’s law) – known and practised as Common Law – will become the medium for judging and redirecting the antisocial acts of others.

As all humans need good food and water to be healthy, the new leadership will ensure everybody has the right to such nourishment in their daily lives. A pro-ecological agriculture and farming practice, in the hands of humane and sensitive practitioners, will therefore be recognised as the proper basis for planetary equilibrium and proper nourishment of humanity as a whole.

Within this emerging new paradigm, the emphasis will move away from a globalized marketing regime, to local and regional production and distribution systems based on the principle of co-operating rather than competition. ‘Human scale’ will be the watchword for industry of all sorts.

Where there is to be an overriding central body concerned with ensuring the course for the emergent new society is set fair, it will comprise ‘a council of the wise and true’.

Offering a sound template for living in harmony with fellow humans and with nature, is the work that those of us who share this vision, need to do at this time.

It is a very exciting time to be alive. In spite of the daunting nature of the challenges we face, the human spirit, reconnected to its divine origins and true sense of purpose, will overcome all attempts to consign it to prison. Instead it will bring about a renaissance. A renaissance far exceeding any temporary upturns in creative expression witnessed in previous centuries.

But there is one inadmissible factor without which we cannot ensure this metamorphosis reaches its full potential; a recognition that we are simultaneously both truly individual and innately social beings – who place on an equal footing the ability to lead wisely and yet to never loose touch with our roots as brothers and sisters within the great family of man.

Holding this vision in front of us, we will surely overcome all that stands in the way of the great emancipation of life on Earth.

Julian Rose is an early pioneer of UK organic farming, writer, international activist, entrepreneur and teacher. His latest book ‘Overcoming the Robotic Mind – Why Humanity Must Come Through’ is particularly prescient reading for this time: see www.julianrose.info. He is a frequent contributor to Global Research. 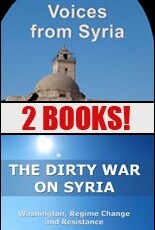 “Voices from Syria” and “The Dirty War on Syria”: Mark Taliano and Tim Anderson Analyze the War on Syria

The Forty Year Evolution Of Conservatism From Reagan to Trump