A crater has been found in Siberia, in a tundra which is normally one of the coldest places on Earth. The pit is made up of concentric circles, and is approximately 165-feet-deep.

In July, journalists on assigment in the Yamal Peninsula for an unrelated story happened upon the crater, and recently released the footage. The journalists were flying over the area and saw the pit from the air. 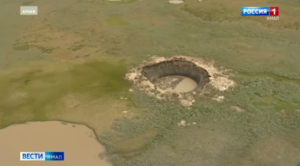 In the past year, the normally cold climate of Siberia has been uncharacteristically hot. The warming and thawing of the surface soil may be the cause of craters which have been appearing throughout the tundra.

Underneath the surface of the frozen tundra is a layer of permafrost, which is a frozen soil rich in methane. The methane being released as the ground thawed was the catalyst behind the massive explosion which caused the pit to form.

Scientists who studied the site say that they found pieces of ice and soil scattered hundreds of feet from the crater due to the force of the explosion.

Professor Vasily Bogoyavlensky, of the Russian Oil and Gas Research Institute, explained that the craters occur when “gas-saturated cavities are formed in the permafrost”. He stated that the cavities are “a void space filled with gas with high pressure”.

When the pressure of the gas builds up and pierces the top layer of permafrost, an explosion occurs.

Dr. Evgeny Chuvilin, a leading researcher at the Skolkovo Institute of Science and Technology, described the pit as “striking in its size and grandeur”.

It is the 17th crater discovered in the area since 2014, and is thought to be the largest. 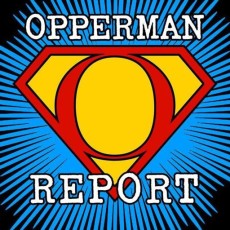 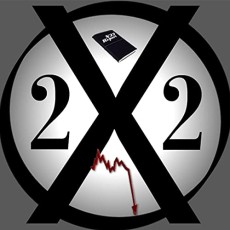