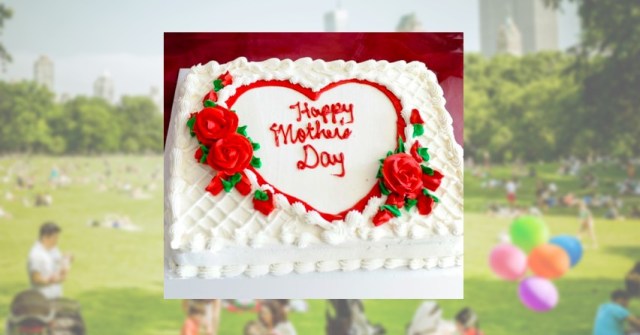 Is there any one among us, with a now-deceased mother, who wishes he/she had done more to show appreciation to Mum?

There is no love like a mother’s love, but often we don’t get the message till it’s too late.

Most of us in the Gumshoe community are aware of a group that is trying to undermine every aspect of culture.  In his 1969 speech of amazing predictions, Dr Richard Day even pointed to such outlandish practices (by “them”) as removing landmarks from the local landscape so people would lose a sense of continuity – and taking baby dolls and tea sets off the toy market so little girls would stop playing Mum and homemaker.

The efforts of “them” in many areas have been very successful. I won’t rattle off the usual list, as it is important to be upbeat today. Happily, “their” effort to knock motherhood has, been unsuccessful.  Of course “they” should have known it would not be a goer, but they’re still not willing to acknowledge that.

GumshoeNews has gone bananas in the last three or four years (oh my, tempus fugit ) trying to undo what these evil change artists are physically doing to harm motherhood – viz, they get the state to steal kids. I am not going to recap that story here, as our editor, Dee McLachlan, has recently done so. And she is endorsed by the wonderful lawyer ex-lawyer, Serene Teffaha.

But I do want to make a pitch to our readers as follows: the mothers who are suffering can’t do the job of attacking their attackers, and therefore it is up to all of us – I mean every one of us, I mean YOU — to contribute your brains and brawn or whatever else you’ve got.

Talking about it is not enough. The Mums in question are desperate. But no amount of emotional strength from them does the job of getting their stolen child back. And I find that most of them are worn down and many eventually accept defeat.

Additionally, they have to put up with the misery of being whispered about by others who have no idea where the fault lies. (It lies with me and thee; such is the meaning of “human society.”) I know one gal who does not even meet eyes with her neighbors anymore.  She thinks, probably correctly, that since they saw police tote her kids away, that she is a horrible mother.

I’ll say just once more that the very injured persons from our (unbelievable!!!) MK-Ultra program said they were almost completely unable to speak out, as they were mocked for telling their story.

Of course the majority of MK-Ultra survivors had not even arrived at the position where they could tell their story – they did not know their story — but the vocal ones who were able to call for society’s help were thwarted by the unwillingness of the rest of us to take a chance on their honesty.

The Mother of Troy Davis

I now switch to a different topic – not that of kid-stealing (as such). I learned a few years ago from a reliable source – George Crile, MD (1868-1943) — that it is possible for some humans and some  animals to die of a broken heart. I forget the details, but it had something to do with brain cells being exhausted from the strain of losing the offspring.

After I learned that, I was able to look back on the 2011 death of Virginia Davis and see it as a death by a broken heart. Mrs Davis died in April 2011, just ten years ago. At age 65 she was in good health (if you could call it that, with a son on Death Row), and just passed away.

I happened to get involved in the case of Troy Davis in 2008 when he was about to be executed but was spared at the last minute. That meant 3 more years of occasional moments of hope, and constant legal frustrations.

At the very least it could be said that the family – really good, good people – received huge support from the public who could easily see the injustice of the Guilty verdict against her son. He was around age 20 when accused of killing a cop (oh, please) and was 44 when he was finally executed on September 21, 2011 in the state of Georgia.

Troy asked us not to forget him after he was gone and I mean to talk about him in future, but today I am mentioning the plight of a maternal parent.  (I was told that his Dad had died also of a broken heart much earlier during Troy’s incarceration)

I should also say Happy Mother’s day — in memoriam — to Troy’s older sister Martina Correia. Her death in that same year, on December 4, 2011, was a big loss to the world. She had been in the US Army as a nurse in the Gulf War of 1991 and much later got cancer.

It was Martina’s sworn duty to hang on to try to help her brother Troy get out of prison. Amnesty International paid her way to stage rallies all over the place. By 2011 she was not well but held out for ten weeks after the – can I use this horrible word? – execution.

Three members of the family for Troy’s surviving sister Kimberly Davis to grieve, all in one year – her mother, her brother, and then her sister.

Are we getting sick of cruelty, Everybody?

We don’t have to put up with it, you know.

Let’s get back on the hope wagon and the action wagon.

Here is a thought that Troy would like you to hear:

Message Published by Troy Davis in 2008

“I want to thank all of you for your efforts and dedication to Human Rights and Human Kindness. In the past year I have experienced such emotion, joy, sadness and never-ending faith. It is because of all of you that I am alive today. As I look at my sister Martina I marvel at the love she has for me and of course I worry about her and her health, but, as she tells me, she is the eldest and she will not back down from this fight.

“As I look at my mail from across the globe, from places I have never ever dreamed I would know about and people speaking languages and expressing cultures and religions I could only hope to one day see first hand, I am humbled by the emotion that fills my heart with overwhelming, overflowing Joy. I can’t even explain the surge of emotion I feel when I try to express the strength I draw from you all, it compounds my faith and it shows me yet again that this is not a case about the death penalty, this is not a case about Troy Davis, It is about the Human Spirit to see Justice prevail.

So Thank you, and remember I am in a place where execution can only destroy your physical form but because of my faith in God, my family and all of you I have been spiritually free for some time. … I want you to know that the trauma placed on me and my family, as I have now faced execution and the death chamber 3 times, is more than most can bear. Yet as I face this state-sanctioned terror, I realize one constant: my faith is unwavering…. You inspire me … you add to my strength, my courage. We must dismantle this unjust system city by city, state by state, and country by country. I can’t wait to stand with you, no matter if that’s in physical or spiritual form, I will one day be announcing:  I AM TROY DAVIS AND I AM FREE.”

I start the ball rolling with a Mother song.  Please send any, if you wish, in the Comments!  Or just tell us about your fantastic Mum.

More health professionals injured or dead after getting Covid 19 vaccination 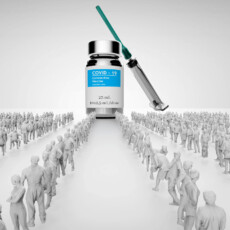 A Changing World, But the West Remains Locked in a Time Warp