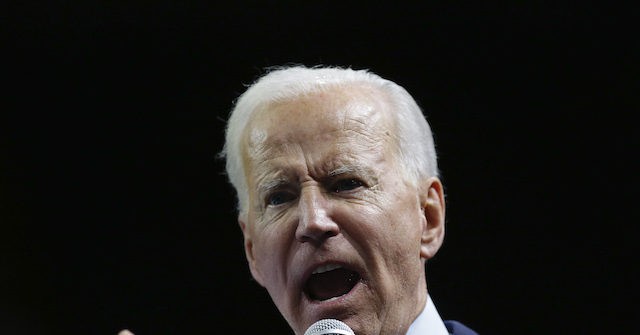 A “satanic mob” of Democrats aligned with former Vice President Joe Biden intend to remove Christianity from America said Phil Robertson, host of BlazeTV’s In the Woods with Phil and author of Jesus Politics: How to Win Back the Soul of America, offering his remarks on Wednesday’s edition of SiriusXM’s Breitbart News Daily with host Alex Marlow.

Robertson said, “[Democrats] come along and say, ‘No, we want to make America hate again, and we’re going to show you how.’ [They] form a satanic mob with filthy minds, filthy mouths. The f-word is sprayed on everything they touch. They riot, they loot, they burn. They say get rid of Jesus, get rid of the church, burn the churches, get rid of Trump, disarm the people, get rid of law enforcement, get rid of any historical monument, get rid of anything wherever anybody ever made a mistake, zero forgiveness for everybody that’s sinned — like they don’t — and you just look at them and they say, ‘Trust us. We will make America hate again.’”

Robertson noted the ideological alignment between Biden and those committing politically-motivated violence in recent months.

“The most pathetic thing I have ever seen human beings display is this monster Donald Trump is now running against,” remarked Robertson.

President Donald Trump is “caustically brilliant,” Robertson determined, reflecting on meetings he has had with the president.

Robertson shared, “I’ve met with Donald Trump about three times, one via telephone call and the other two personally. All three times we had a Bible between us. It was my bible and I had it between us, and we discussed spiritual matters.”

Robertson described Trump as receptive to spiritual discussion. “He is pro-God, and he’s pro-life, and he’s pro-marriage between a man and a woman, and he’s pro-duck hunting,” he said. “That’s good enough for me, dude.”

“His acumen is out the roof,” added Robertson. “The guy has a keenness and a quickness and an understanding in dealing with a situation. I’m telling you, for lack of a better word, Donald Trump is caustically brilliant. The man has a head on his shoulders. I’m telling you, in one word, I would say that he’s very shrewd, and he doesn’t want from fights.”

Robertson identified the left’s Marxist ideological foundations and their hostility toward Christianity.

“When they begin to burn bibles — when they pile bibles up on top of the American flag, the flag that represents their country, and they burn those — get ready and get your ammo,” warned Robertson. “Get all your gun stuff … because the battle is fixing to begin when they go down that road.

“They’ve exchanged Jesus Christ for Karl Marx. Karl Marx is is as the one they’re going with. You would think human beings would learn better, but we’re not wrestling against flesh and blood, we’re wrestling against the spiritual forces of evil in the heavenly realms. Our struggle is with Satan. I view it from a spiritual lens,” Robertson continued.

The Bible holds a universal human ethos, Robertson said. “From one man, God made every nation of men. … We all came from Adam. The Bible says there’s one race on Earth. It’s called the human race. There is no differentiation between white, black, [or] yellow.”

A Biden presidency would usher in “hell on Earth,” Robertson warned.

“If the United States of America votes for that dude and votes him him in, they deserve what they get, and we’re fixing to have hell on Earth. That’s exactly what’s going to happen with Joe Biden. Hell on Earth is coming if they vote for him, if we’re that far down.” 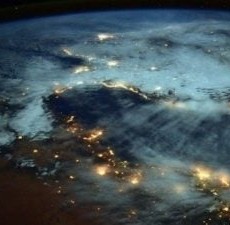 Taylor Swift Needs To Calm Down