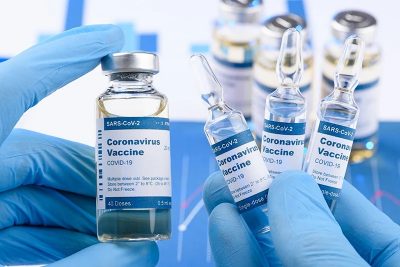 Establishment media are at the forefront in promoting potentially hazardous to human health covid vaccines they should be advising caution about instead.

Approval “pave(s) the way for health care workers (and nursing home residents) to begin getting shots next week.”

Among US major print media, the Times is at the forefront of promoting what no one valuing their health and welfare should permit entering their bodies.

Ignoring the reality of what’s going on, the Times also promoted the false hope of “return(ing) (the US) back to some semblance of normal, maybe by summer (sic).”

Made-in-the-USA covid was and remains all about engineering economic collapse to enrich privileged interests.

It caused unprecedented human misery from mass unemployment, food insecurity and hunger, growing poverty, widespread deprivation and despair — with no end of it in prospect.

The worst of what’s going on likely lies ahead, media disinformation part of the diabolical plot.

On Thursday, Children’s Health Defense (CHD) called for “further study of Pfizer’s covid vaccine” before approving its use.

“Less than 2.1% of the safety study cohort had been followed for over three months as of the Nov. 14 cutoff date.”

“This is inadequate to determine any (adverse) long-term effects of the vaccine.”

CHD called for “intense study, (especially for) the elderly and” African Americans before approving emergency authorization use — when no public health emergency exists.

Toxins in Pfizer’s experimental vaccine are hazardous to human health.

Britain’s National Health Service (NHS) warned that everyone “with a history of a significant allergic reaction to a vaccine, medicine or food” should not be injected with Pfizer’s covid vaccine.

It also stressed that vaxxing should only be at facilities with resuscitation capabilities.

Straightaway after Britain approved use of Pfizer’s vaccine, severe reactions were reported.

UK healthcare professionals warned against pregnancy and breastfeeding for two months after taking the vaccine because of possible harm to the fetus or child, as well as unknown fertility impacts.

A veteran UK doctor, under the pseudonym “The Covid Physician,” warned of government overreach in dealing with the issue that threatens personal liberty.

In an article titled “A day in the life of the Covid Physician, he said the following:

“The post-Covid pseudo-medical order has not only destroyed the medical paradigm I faithfully practiced as a medical doctor last year, (it’s been) inverted…”

“I do not recognize the government apocalypse in my medical reality.”

“The breath-taking speed and ruthless efficiency with which the media-industrial complex have co-opted our medical wisdom, democracy and government to usher in this new medical order is a revolutionary act.”

“A medical tyranny transition(ed) to a technocratic totalitarianism.”

Comparing covid to seasonal flu, he explained that the survival rate exceeds is 99%. For individuals up to about aged-20, it’s virtually 100%, he said.

When ordered, mask-wearing, social distancing, and lockdowns are forms of state-sponsored oppression by preventing normality in our daily lives.

Mass vaxxing with experimental drugs, known to contain toxins, is playing Russian roulette with our health, welfare and lives.

Physicians and scientific experts who diverge from the official narrative risk being censored or worse in the West where profits matter most, regardless of high risks to human health.

Describing what’s going on as a form of “communo-fascism,” the Covid Physician added:

The “Nuremberg Code, medical ethics, and patient choice” have been abandoned.

“I cannot believe how disproportionate the massive political response is to the relatively small magnitude of the (covid) medical problem (that’s) bring(ing) the world to its knees.”

In the US, Britain, other Western states, and elsewhere, ruling authorities are diabolically manipulating the public mind with an invented health emergency that doesn’t exist to exert greater control over our lives. 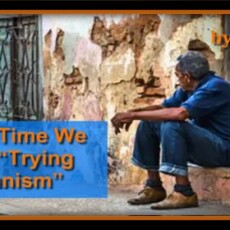 Dinesh D’Souza — The lesson of Breonna Taylor in one sentence…