Harris was the only DA among those from the top 50 metropolitan cities not to lay charges against clergy for sexual abuse, said Schweizer, reflecting on Harris’s tenure as the San Francisco DA between 2004 and 2011.

Schweizer stated, “The numbers are pretty stunning. From 2004 to 2011, Kamala Harris was the San Francisco [district attorney] responsible for all prosecutions and the prosecution team in the San Francisco area. Between 2004 and 2011, she did not prosecute a single case of priests’ sexual abuse–period.”

Schweizer continued, “To put that in the context of how stunning that is, if you look at the top 50 metropolitan areas in the United States at that time, all 50 prosecuted at least one case, the sole exception being Kamala Harris in San Francisco.”

After being elected as San Francisco’s DA, Harris terminated her predecessor’s plans to publicly release “clergy abuse files” naming names of priests accused of sexual abuse. Terence Hallinan, the former DA of San Francisco, had slated the files for public release against the wishes of the Archdiocese of San Francisco.

Schweizer described Harris’s suppression of the above-mentioned documents as “stunning.”

“[The Archdiocese of San Franciso wasn’t] real happy to share hundreds of pages of complaints that had been made about priests in the area,” Schweizer said, “and according to [Hallinan’s] account, there were at least the names of 40 current and former priests who had been accused of molestations by people in that archdiocese.”

Schweizer went on to say that “Terence Hallinan talked about the fact that he was going to pursue prosecutions. He also wanted to have victims’ groups go through [to] redact names, and then he wanted to release the records to the public, which had been done in so many other areas. Well, he lost in the 2003 elections to Kamala Harris. Kamala Harris came in; she deep-sixed those documents. She basically put it under seal so that it could never be released publicly.”

“The victims’ rights groups snapped,” Schweizer remarked. “Some of the other groups went absolutely ballistic, and you can understand why. Kamala Harris claimed that she sealed those records to protect victims. The victims call that outrageous and wrong. They used language that I couldn’t use on radio.”

Schweizer determined, “The bottom line is [Harris] has a terrible, atrocious record on this specific issue, and it’s a little bit baffling because she proclaims to be somebody who’s a victim’s advocate, but she has this horrible record of covering up and failing to prosecute these crimes.”

Schweizer assessed, “Many of the law firms and lawyers who were representing the archdiocese on a variety of legal matters — including priests that had been identified as possible culprits — gave large contributions [to Harris’s political campaign]. Some of them had never given contributions to a race like this before, but they loaded up her campaign coffers.”

Schweizer went on. “When you look at some of the [Catholic] institutions that were in the gun sites at the time, these are some very powerful and elite-connected organizations. One of them is a school called Saint Ignatius Prep. This is the alma mater of former California Gov. Jerry Brown — who talks very eloquently and passionately about how important that school is to him. That school has also educated several generations of the Getty family, the very wealthy family that made its money in oil.”

Marlow pointed out that Gov. Gavin Newsom’s (D-CA) father was the general counsel for Getty Oil.

Schweizer replied, “Gavin Newsom is also very passionately supportive of this school. Members of the Getty family sit on the school’s board of directors, and, of course, the Getty family were huge backers of Kamala Harris’s run for this office.”

“[Harris] has never given an explanation of why she handled this the way that she did,” Schweizer stated.

Schweizer concluded by contrasting Harris’s reversal of Hallinan’s pursuit of sexual abuse allegations against clergy. “Once Kamala Harris took that position as San Francisco [district] attorney, these victims were completely shut out by and all cooperation ended,” he said. “This is a story that needs attention. It demands her being asked about it and her answering questions about it.” 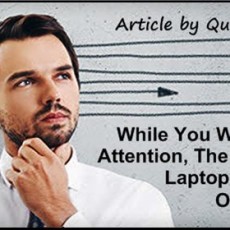 While You Weren’t Paying Attention, The Hunter Biden Laptop Story Turned Out To Be True 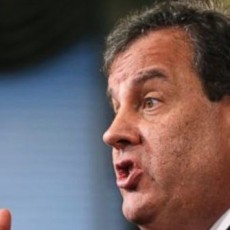 Chris Christie on Trump: ‘His Grip on the Party Is Diminishing’