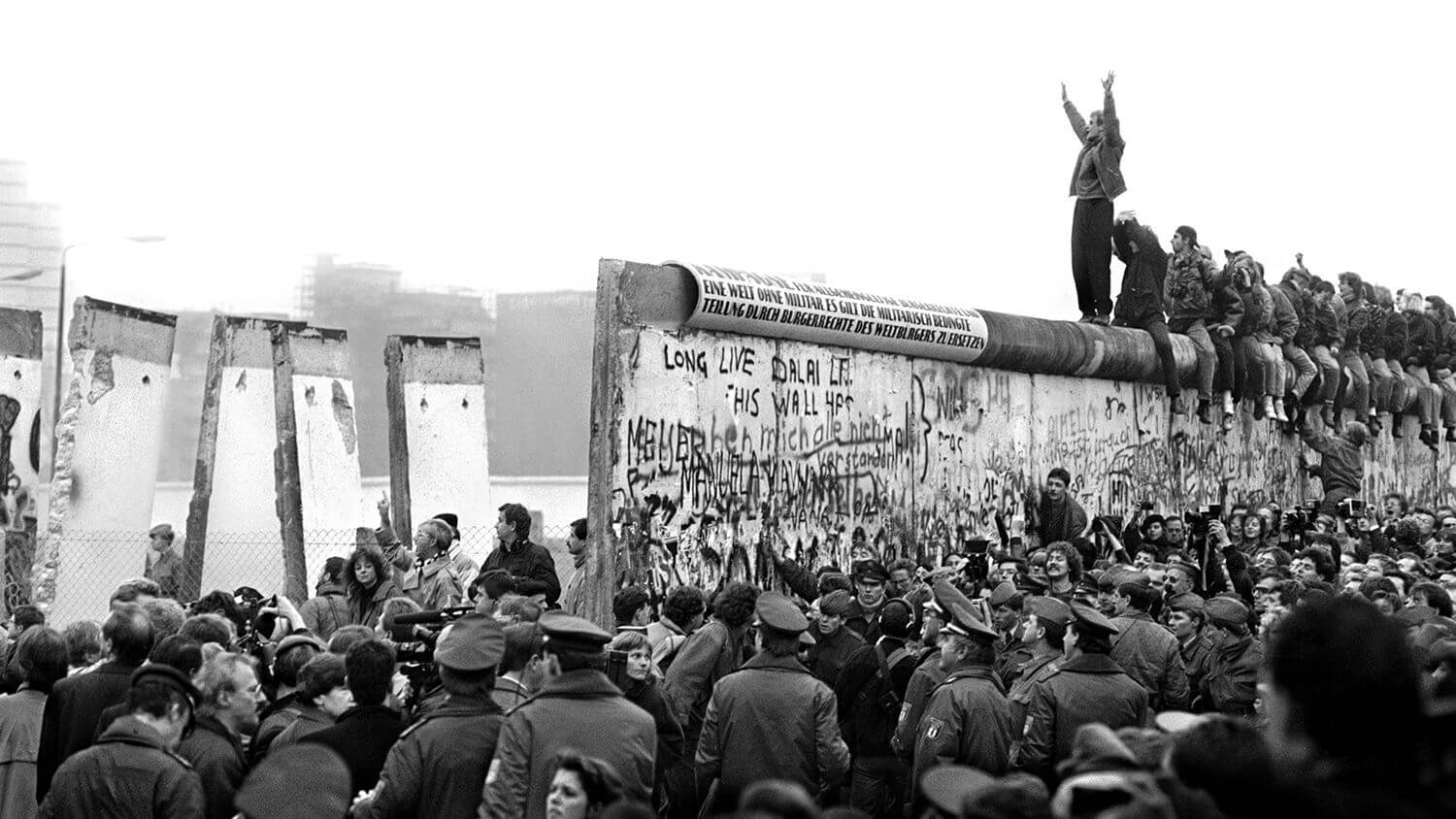 The resistance movement gaining ground in Australia in many ways resembles the movements that brought communism to an end in Eastern Europe in the 1980s. What made those revolutions successful was the union of human and divine power.

Extraordinary outcomes can be achieved when two powers come together: people power and divine power.

This past month, the massive freedom marches in Australia have been inspiring to behold. Hundreds of thousands of people – many of them Christians – have attended. And more protests are planned.

The Berlin Wall came crashing down in November 1989. That was the result of people power coupled with divine power: so many were both praying and marching. Read more about it here.

It was a defining moment in human history, a reminder of how much freedom matters. Amazing things can happen when God is at work behind the scenes. There were prominent political and economic reasons why the Soviet Union and Communist Eastern Europe eventually fell. Socialism does not work, and the Soviet economy was seriously unsustainable.

Things began to shift when Reagan, backed by Thatcher, put cruise missiles in Europe. Indeed, Reagan, Thatcher, Pope Paul II, Lech Walesa and many others were key players in these events, as I discuss here.

What is not so well known is that many brave Christian leaders and churches played a significant role in communism’s downfall in Eastern Europe. Various large scale resistance movements arose from these Christian quarters, with remarkable results. One of these took place in Leipzig, Germany, and another in Timisoara, Romania.

The Resistance Movement in Leipzig

The one in Leipzig occurred just one month before the wall came down. It is often referred to as “the miracle of Leipzig”. As the Sydney Morning Herald recounts:

Many factors have been credited with creating conditions for the collapse of East German communism: Mikhail Gorbachev’s new policy of openness (perestroika) in Russia, Ronald Reagan’s unrelenting hard line in the US, Pope John Paul II’s encouragement especially in Poland. All played a role.

But another vital factor was the courage of ordinary Christians, especially those who met each Monday at Leipzig’s Nikolaikirche, where Bach played the organ 275 years earlier. It started with a couple of dozen meetings for dialogue and prayer in the early 1980s and swelled steadily in 1989, filling and overflowing the church despite the presence of Stasi (secret police).

Their faith and courage were the more pronounced because East Germans were well aware of what happened at Tiananmen Square in Beijing in June, and many expected a similar response from Erich Honecker’s regime.

When, on October 9, 70,000 people of Leipzig gathered at the church demanding peaceful revolution, the government ordered some 8000 troops to open fire. But, in what is known as “the miracle of Leipzig”, they did not – and that was the end. Within a month, the Berlin Wall was down, and the regime was over.

“There were two feelings,” the Nikolaikirche’s Lutheran pastor, Christian Führer, said later. “One was tremendous relief that there was no Chinese solution. The other was that if 70,000 could go their own way … then East Germany was no longer the same country it had been that morning.”

The Resistance Movement in Timisoara

Christians rose up, however, under the long reign of Nicolae Ceausescu (1965-1989). Life was horrible under his dictatorship, but the churches survived as they endured extreme persecution.

You may know about the courageous evangelical leader in Romania, Richard Wurmbrand, who endured horrific imprisonments under the Communists. He told his story in various books, including the 1967 best-seller Tortured for Christ. He and his wife received amnesty in 1964 and fled to the West. They returned to Romania in 1990 to set up the Voice of the Martyrs in Bucharest to help the persecuted church.

What occurred in Timisoara has been recounted in various places, including in the 1992 book The Body by Charles Colson. There, Colson devotes an entire chapter to this remarkable story. Be encouraged by an abbreviated excerpt from that chapter:

Ruling from a kitschy Versailles-style palace in Bucharest, Ceausescu brutally plundered Romania and reshaped it in his own sick image. Romania’s soil has been called the most fertile in Eastern Europe, yet the Ceausescu government starved its people. While citizens shivered in long lines to buy bread laced with sawdust, the government shipped most of Romania’s food abroad. Meat, butter, sugar, oil and flour were strictly rationed. Vegetables were scarce, citrus fruits nonexistent…

Laszlo Tokes, a large, handsome man with a deep, compelling voice, had become pastor of the Hungarian Reformed Church in the centre of Timisoara in 1987. Tokes quickly gained immense popularity, not only with the elderly in his congregation but also with students from the university.

While the Communists weren’t particularly concerned about the old people, they did care about the students. Religion should have been irrelevant to this generation coming of age in the last decade of the century of Lenin.

Tokes mourned for his town and his country. The secularism of the atheistic regime had bitten deep into the hearts of the people. Still, he knew the church could help set those hearts on fire. His Reformed faith had given Tokes eyes to see what could happen when the church understood its identity…

There was no place for this passionate Christian faith in Ceausescu’s Romania. The methods of the Securiate were anything but subtle. They threatened members of Tokes’ church, and parishioners had to run a gauntlet of secret police just to enter the building each Sunday. Once the service began, agents would stand in front of the church cradling machine guns in their arms or dangling handcuffs in front of them. Merely attending church services became a silent act of protest.

Meanwhile, Tokes was denied his ration book; without it he was unable to buy bread, fuel, or meat. Parishioners, who by now had learned the real meaning of fellowship, shared from their own slim resources, smuggling firewood and food to the pastor and his family…

On December 15, 1989, the secret police came to take Laszlo and Edith. They brought a moving van for the Tokes family’s belongings, but they never got to load the truck. For massed protectively around the entrance to the church building stood a human shield. Heeding their pastor’s call, members of the congregation had come to protest his removal…

It was past one o’clock in the morning when Tokes opened the window of his apartment a final time before he went to bed. He couldn’t believe his eyes. Light from hundreds of candles pierced the darkness. Hands, cupped close to the people’s hearts, sheltered the flickering flames, and the flames lighted their faces with a warm glow.

The extraordinary demonstration continued throughout that night and into the following day. Then, late in the afternoon, the people took the protest a step further than a show of solidarity for Laszlo Tokes. For the first time in their lives, Romanians shouted their secret dreams aloud: “Liberty! Freedom!”

[Tokes was then arrested and brutally beaten.] With their pastor gone, the crowds moved from the Hungarian Reformed Church to the central square of Timisoara. By now armed troops, shields, dogs, and tanks filled the streets. But even with the army in place, the people did not retreat. For this had become a full-scale protest of Timisoara massed in a city square, shouting and singing…

The Communists responded with the brute force they had always employed when threatened by freedom seekers. They ordered their troops to open fire on the protestors…

In the confusion of the crowd and the darkness, the savage gunfire claimed hundreds of victims, but the people of Timisoara stood strong. Though shocked at the cost of their stand, they knew there was no middle ground. They had decided to stand for truth against lies, and stand they would.

By Christmas 1989, the world reeled with the results of that stand: Romania was free, and Ceausescu was gone. The people of Timisoara rejoiced. Churches filled with worshipers praising God.

The Resistance Movement in Australia

These are not the only two episodes of people power coupled with divine power that helped to overthrow evil regimes and restore freedom and democracy. But they are essential episodes that deserve to be told and retold, especially as we face the new rise of despotism in the West.

The story of Timisoara should sound eerily familiar today: church closures, people considered to be enemies of the State, and many unable to access basic goods and services. The heavy-handed lockdowns, health fascism and two-tiered societies we see everywhere in the West are just so similar to what has happened before.

But the good news is that mass protests, cries for freedom, a massive surge of people power, combined with an enormous surge in Christians marching and praying, also resembles what has happened before.

If that could bring down the powers that be in Leipzig, Timisoara, Berlin and elsewhere, it can work here as well. Even in Dictator Dan’s Peoples’ Republik of Victoria. 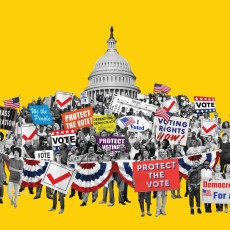 WE’RE ALL HERE – THE BILL AFFECTS US ALL

Words of Wisdom on Independence Day 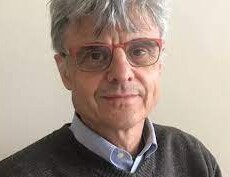