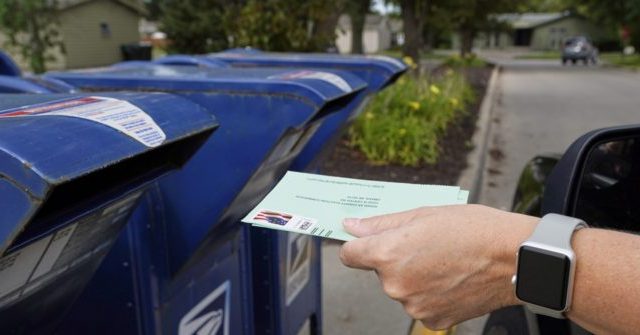 In their Monday filing, top officials from Pennsylvania’s GOP-held legislature asked the U.S. Supreme Court to pause the ruling while they formally appeal to the justices.

“We are going to seek every option possible, that’s legislative or appealing to the higher courts,” Benninghoff said at the time. “Anything that we pass through legislation has to get the endorsement of the governor, and he’s throwing a lot of vetoes, and I suspect he would veto anything that he put out to change this.”

“This is what he wanted, and he’s wanted to count ballots for weeks or two after the election,” he lawmaker added. “We think that is wrong, and we are in the process currently as I speak, preparing as I say, a motion for stay of that directive by a citizen to the Supreme Court. In addition, we will be doin our very best to file in the federal courts; election law is a universal right of Pennsylvanians and Americans, and they should secure it to the best of their ability and not go along with this 5-2 Democrat mandated majority of the courts said in their ruling.”

As it stands, ballots will now be due by 8 p.m. on Election Day. A lower court judge had sided with Democrats and their allies to extend the deadline until Nov. 9. Democrats sought more time as a way to help deal with an expected historic high number of absentee ballots.