“I’ve covered Agenda 2030 numerous times on this website.
Most countries’ governments have signed and agreed to implementing this “sustainable” totalitarian slave system pushed by the UN and WEF.
It’s being executed in the shadows of the fake ‘climate crisis’ and the staged and fake plandemic, which is followed by the ‘infodemic’ – the censorship of information and free speech.

And now, in 2022, the staged and utterly fake war in Ukraine, which is being used as a silly excuse to ramp up the costs of fuel, electricity, and food.
Not to mention that they use these extreme increases in living costs to make new laws around the fake climate change hoax, limiting the means of heating your home, using wood for heating stoves, and limiting water consumption.
It’s all coordinated and happening at the same time to keep people from grasping the entire scoop of it all.
This is conditioning and programming on a very high level.

Most people are worn out, simply reacting and accepting the almost weekly increases in expenses, all while the value of their currency is simultaneously plummeting.
People are so stressed out and in such a reaction mode that they can not think ahead and see where all this leads.
What it will look like in only a year from now if this continues as it has for the last year. What about three years? Five years?

They have already conditioned most people to limit travel, to stop going on vacations. To stop going out to visit venues or simply going for a family drive over the weekend. Due to the fake plandemic, most people are now conditioned to stay inside and avoid other people.
They are conditioned to do everything from their phone, tablet, or computer instead of being outside or visiting stores and outlets.
They managed to do this in only a couple of years.
The modern day of ‘book-burning’ is in full swing as the infodemic is censoring everything.

The next generation will not even be aware of any other way of living.
For them, what we can expect in restrictions of living and freedom for the next five years will be their normal.
Is that really the future you want?
The future you want for your children and their children?

Here is an idea.
I would like you to think back on how life was before the staged and faked plandemic.
How life looked like before 2020, or even further back.
How relaxed it was at your workplace.
What you did in your spare time.
What venues you visited with your family and friends.
The vacations you had or the spontaneous trips you made.
All the fun stuff you did and what freedom actually meant.

Write it all down.
Write stories about how life was before the tyranny of Agenda 2030 began.
Title them with “This is what life used to be, this is what we want to go back to,” or “Bring freedom back, I do not consent to your future,” or something similar.

Make a stand and remember what life actually is, what you want life to be before it is too late.
Share it with friends on social media, save it for your kids to remind them what the bare minimum of life and freedom should be.
Remind everyone that this is what we want back.

We do not want their future of living within restricted zones in ‘smart cities’ with the only means of travel being high-speed trains for those with an accepted social credit score.
We do not want to be slaves to a digital ID, a social credit score system, or a Universal Basic Income that is only guaranteed as long as you behave like a good little sheep and consume your kibble, take tour sterilization shots, and never question your government or any fake authority. 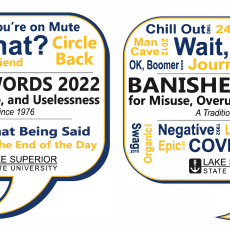 The Good, the Bad and the Ugly: A Post-Election Debrief 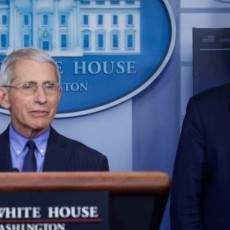 Fauci Is Encouraging Everyone To Vote for Trump