Paris Hilton has truly had a bit of a troubled past, and it has been one where it seemed like she lived in a glass house at times.

In her new YouTube Originals documentary “This is Paris” she details experiencing verbal, emotional, and physical abuse at the Provo Canyon School, a boarding school in Utah for troubled teens.

This is the first time she has detailed these allegations, and they bely the image that she has carefully constructed for herself where she was “famous just for being famous”. Indeed, Paris did so much partying and clubbing that she became a symbol of the early 2000s. Of course, Paris is now saying that some of that was nothing more than a facade.

Paris Hilton is now a 39-year-old socialite, entrepreneur, and has even worked as a DJ at times as well. However, she has overcome a lot to get to this point, because she said that her time at the Provo Canyon School left her with some serious trust issues, anxiety, and insomnia.

“This is something that hasn’t been discussed publicly with anyone, so it will probably be a shock to a few people because a lot of them don’t know,” Hilton said in the documentary. “I’ve worked very hard to build this brand and it was about this happy and perfect life. That story [at Provo Canyon School] was never any part of this brand.”

Interestingly enough, Paris’ sister Nicky actually calls their parents Rick and Kathy Hilton “the king and queen of sweeping everything under the rug” and said they didn’t know how to deal with it when a 15-year-old Paris was rebelling, skipping class, and hitting the clubs.

Thus, they tried sending her to a series of “emotional growth schools” and wilderness camps to try to correct her behavior. Simply put, they had an image to project, and they didn’t want the Hilton family to be in the tabloids.

When her parents called in the school representatives from Provo Canyon to take her away, Paris said she literally felt like she was being kidnapped. Even two decades later, she still has difficulty going to sleep and has nightmares about the night that strangers pulled her out of bed.

“I kept screaming for my parents to help me but they didn’t come,” Hilton said. Screaming bloody murder, a terrified Hilton saw her parents crying and standing by their door and she asked them what was happening but they wouldn’t answer.

At the Provo Canyon School, Hilton was beaten, yelled at, and forced to take unknown pills. Moreover, they once made her spend a day in solitary confinement with no clothes on whatsoever.

Provo Canyon School CEO Adam McLain said that it was “sold by the previous ownership in August 2000” and we “cannot comment on the patient experience prior to that time.” McLain also noted in a statement to USA Today that “Any form of abuse is not condoned.

Any alleged or suspected abuse is reported to state regulation, Child Protective Services, or law enforcement immediately. We remain committed to providing high-quality care to youth with special and complex behavioral, emotional, and psychiatric needs.”

The school is licensed by the educational nonprofit organization Cognia, the Utah Department of Human Services, and also accredited by the healthcare organization The Joint Commission. All three of them issued their own statements, saying that the school currently meets all of their standards.

Paris would have been a student at the school in the mid-to-late ’90s, but none of these organizations could produce any records from that time frame.

“We would not have found this behavior acceptable back then, nor would we find it acceptable now,” an official from the Utah Department of Human Services said.

The “This is Paris” documentary also shows her reuniting from some of the other individuals who were at the school with her, and they too detailed some harrowing accounts of abuse. They are joining a campaign called “Breaking the Code”, which is trying to raise awareness about the immense amount of abuse that some of these teenagers in these rehabilitation programs suffer.

Paris said that the “glittery persona” she has created for herself and all of her “extravagance” has all stemmed from this place. “We’re all survivors and we’re all warriors,” she said when asked about her reunion with some of her Utah school classmates.

That is why the “This is Paris” documentary is showing a woman who wants to reconcile the image she created for herself and the person that she truly is. Paris said that her life is “like a cartoon” and its “just a fantasy world.” She said her experiences made her “not trust anyone, not even family.

It’s hard for me to let anyone in, even to this day.” The good news is that Paris realizes all this and does want to change. Apparently, Paris Hilton is not the only person coming forward claiming that the fifty-year history of this prep school has been tainted with abuse.

What do YOU think about Paris Hilton’s claims that this school in Utah was abusive? We would appreciate your comments! 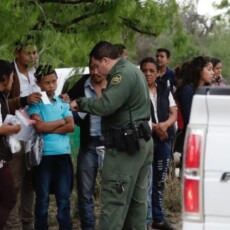