CINCINNATI – A federal grand jury has charged the two individuals allegedly involved in an Aug. 7 chase through Cincinnati that resulted in the deaths of two bystanders in Newport, Ky. The indictment was returned Aug. 26 and unsealed today.

Mason Meyer, 28, and Kirsten Johnson, 22, both of Cincinnati, are charged federally with possessing with intent to distribute methamphetamine and possessing firearms in furtherance of a drug trafficking crime.

Meyer is also charged with illegally possessing a firearm as a convicted felon. In Campbell County, Ky., Meyer is charged with two counts of murder, endangerment, and fleeing and evading.

According to court documents, officials with the ATF, Cincinnati Police and the Northern Kentucky Drug Strike Force were surveilling Meyer in Cincinnati on Aug. 7 when Meyer drove away.

Cincinnati Police officers attempted to stop Meyer when he fled, causing a police chase through Cincinnati and into Covington and Newport, Ky.

Local court documents detail that Meyer’s vehicle struck and killed a couple dining on the patio of Press on Monmouth in Newport, Ky. Two other pedestrians were struck and suffered minor injuries.

At the time of the chase, the federal indictment alleges Meyer and Johnson possessed 50 grams or more of methamphetamine, two loaded handguns and a loaded rifle. 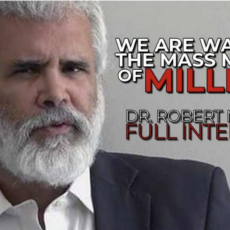 We Are Watching The Mass Murder Of Millions Warns Dr. Malone In Exclusive Interview 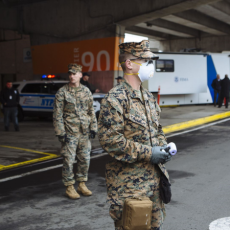