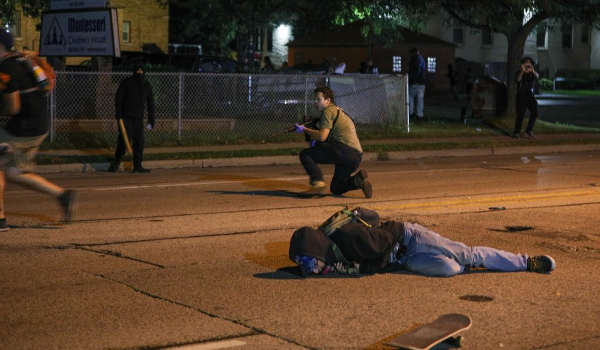 The entire world is watching out of control Kenosha, Wisconsin, through a microscope. The state’s Democrat Governor flatly refused help from the federal government, leading directly to a third night of violence. This time, the mob was met by armed opposition from local residents who were forced to take the law into their own hands. The Deep State is starting to panic because all of the violence so far has been one sided. That’s why they keep trying to drag right-wing extremists like the Boogaloo Boys into the fray. Residents defending their city doesn’t fit their plan, so now they have the progressive propaganda mill working over time to make you think the boogie boys were involved with this one. That accusation is nothing but fake news.

If the police can’t maintain control, the citizens will

Rioting anarchists in Kenosha weren’t expecting a rain of lead in their evening weather forecast. After all, the police were totally outnumbered and the National Guard weren’t allowed to get involved. They were expecting to be totally in control for a third night in a row of destroying what’s left of Kenosha. At least some of the bolder residents decided to take the law into their own hands and defend their property. The mob has gotten accustomed to burning car dealerships for entertainment. Not this time. One rioter was shot in the head and two others killed, more were wounded. Police aren’t looking real hard for the suspects, since they’ve been defunded and all.

The police don’t like surrendering control to anarchists but there is nothing they can do. Their city and state officials have ordered them to stand down and allow the anarchists to exercise their free speech protest rights by burning and looting as they prowl the streets in armed packs to terrorize ordinary citizens.

Long before the sun went down on Tuesday, White House Chief of Staff Mark Meadows took an urgent phone call. “I got a call today from a congressman who represents that district, and from Senator Ron Johnson as well, really just pleading for help, saying that the local sheriff and the mayor and police chief need some additional assistance.” Meadows immediately jumped on it. “I got on the phone right away and offered assistance in the form of additional National Guard help.” Meanwhile, “The president was on the phone with the governor.” They had the “National Guard standing by, and if the general for the National Guard [in Kenosha] needs additional help, we’re there to do it.” They were all set to do what it took to get things back under control but by the time the president hung up the phone, the order was canceled. “That request was denied by the governor.” That means the full responsibility for anything that happened that night rests squarely on the shoulders of Governor Tony Evers. Liberal Mayor John Antaramian gets a share of the blame too, for letting him get away with it.

Over the past two months, all of the out of control violence has been committed by Black Lives Matter anarchists. Despite antics like sending a Black Panther group to the Ku Klux Klan stronghold of Stone Mountain, Georgia, Darth Soros and his forces have been unable to goad right-wingers into a response. The Deep State did manage to prod a couple Boogaloo associated extremists into taking unsanctioned actions on their own, but it didn’t spread into the Helter Skelter civil war that the New World Order generals are trying desperately to ignite.

When citizens took up arms to defend their homes and livelihoods last night, that totally makes the anarchists look bad. Folks might actually start realizing the police are good for something after all. Since the lefties can’t control the Boogie Boys and make them come out and play, the left-wing propaganda mill will write them into the script. That way, they can make the world think they were there and they’ll just have to crawl out of the igloo then, those directing the mobs believe.

Social media reports are saying a lot more than news outlets about what really happened. The gist of it is that in the first deadly incident, multiple gunshots were fired “after people chased a guy with a rifle. Rifle dude tripped and fell. He fired his gun at a guy who jumped on top of him.” That sounds totally like self-defense. The second event involve a man who was armed because he was “defending the car dealership and opened fire on the rioter who was attempting to vandalize or burn the dealership down.” As expected the situation went totally out of control and the police were powerless to stop any of it.

🚨🚨🚨: Multiple gunshots are fired after people chased a guy with a rifle. Rifle dude tripped and fell. He fired his gun at a guy who jumped on top of him. pic.twitter.com/BfV244MMnc

Democrats spin the control their way

Left wing outlet Occupy Democrats tries real hard to spin the control back the way they want the narrative to go. “After jackbooted riot cops forced the main body of protesters away from the courthouse with a vicious barrage of tear gas and rubber bullets, some protesters began heading towards a nearby gas station, where a confrontation occurred.” They get the next part fairly accurate regarding the car dealership. “A young man who is believed to be a right-wing militia member allegedly “protecting the property” opened fire with an AR-15 rifle, killing two people and wounding one more.” They report the other shooting as “video clearly shows the man running away from the scene of the crime as protesters chase him, yelling “HE SHOT SOMEONE.” The shooter trips and falls and is leapt upon by a protester, who the shooter fires upon.”

Without an indications at all that either of the shooters – if they weren’t actually the same one – had anything to do with the Boogaloo movement, they label Kyle Rittenhouse as “the shooter” as “a member of a white supremacist militia called Boogaloo boys.” He wasn’t wearing a Hawaiian shirt. He had no patches or other identifying insignia with igloos or Pepe or any other Boog symbolism. His Facebook page indicates he’s pro-police, but nothing to show he’s a boogie boy. They can’t control the facts but they can alter the narrative to fit their needs, and that’s exactly what they are doing.

The thing that really terrifies the organized out of state leadership in control of the Black Lives Matter movement is that the police seemed to side with the local residents against the anarchists. They see that as somehow “unfair.” “He has his long gun strapped across his chest, he walks up to police officers, and literally 3 officers rolled right past him.” Not only that, “videos suggest a disturbing amount of coordination and support between the police and the right-wing protesters; some videos show the police distributing water to the militiamen.” 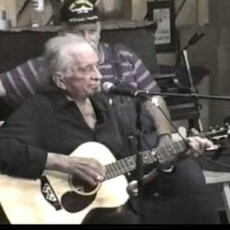 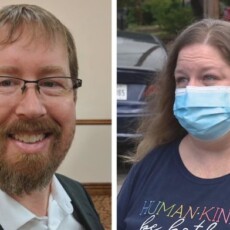