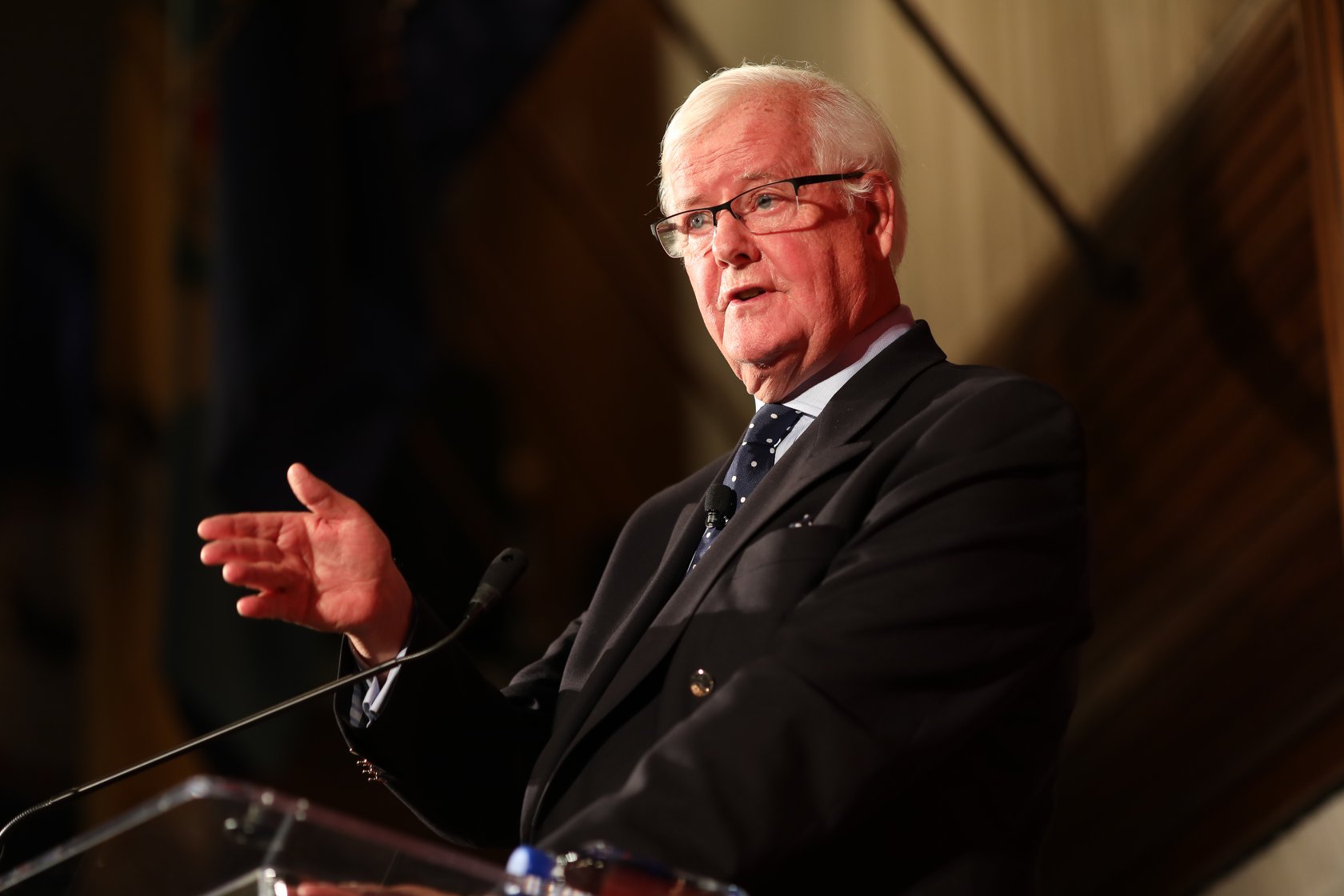 Os Guinness is one of the most important Christian thinkers of our age. Read these thought-provoking Os Guinness quotes on the importance of freedom and its only sure foundation in the Christian worldview.

Freedom is exceedingly important. Chinese-born, English-raised, and American-based Christian thinker Os Guinness has much to say on the topic. The 80-year-old has written many dozens of essential books, of which I own twenty.

Guinness has long sought to bring biblical truths to bear on current events and share the primacy of the Judeo-Christian worldview in the public square. He is one of the great Christian intellects of our time. He frequently writes about the nature, importance, perils, and future of freedom and democracy.

He discusses the importance of liberty, human rights, and the rule of law are in numerous volumes. Here I want to focus on just three of his works, offering a series of quotes from each.

“This book is a response to America’s crisis by a firm and longtime admirer of the American experiment. Three major themes run through my argument. First, the American crisis is a crisis of freedom and must be understood as such … Second, the present crisis stems from the fact that over the last fifty years, major spheres of American society have shifted their loyalties and now support ideas that are closer to the French Revolution and its heirs rather than the American Revolution … Third, the time has come for a new global thrust on behalf of freedom and justice for humanity. The inadequacies and failures of the last several centuries in politics have become plain, especially in terms of the hollowness of much traditional liberalism and the horror of much radical leftism. The best way forward for America and the world must be through rediscovery and a fresh examination of what I will call the Sinai Revolution.”

“The English and American Revolutions are decisively different from the French Revolution, and the future of freedom depends on appreciating the differences and choosing between them. The uncomfortable truth for Americans is that the United States may still be the world’s lead society, but the ideas of the American Revolution no longer inspire the world’s pursuit of freedom – even for many of America’s intelligentsia and the younger generation.”

“The great paradox of freedom is that the greatest enemy of freedom is freedom. No one and nothing enslaves free people as much as they enslave themselves. The repeated failure of free societies is a fact of history that can easily be demonstrated. Freedom commonly fails when it runs to excess and breeds permissiveness and license. Or again, freedom fails when people who love freedom so long to be safe and secure that their love of security undermines their freedom.”

“The reminder that liberty is a matter of the heart takes us to the very core of the challenge of freedom and to a challenge that no lover of liberty can afford to fail to appreciate – Freedom is never stronger than its strength in the hearts and minds of each succeeding generation of citizens. There are times when freedom requires guns and tanks, aircraft carriers and jet fighters, but no guns, tanks, aircraft carriers, and jet fighters will ever create, protect, or sustain freedom by themselves. ‘Make America Great Again’ simply cannot and will not succeed through rebuilding the military and the economy alone. Freedom begins and ends in the human heart, in the hearts of citizens and children, and all attempts to find and fulfill it elsewhere are doomed to fail.”

“With the weakening of religion, the marginalizing of morality, and the forgetfulness over history, power is filling the vacuum across American politics as a whole. Witness the recent threats of impeachment as power plays. But the absolute idolatry of power and the devilish exploitation of inequalities and resentments are the perfect expression of both neo-Marxism and postmodernism. They have been at the heart of the revolutionary faith of the left ever since the French Revolution.”

“The truth is that many Americans need to be woken up from their slumbers and self-congratulation, and many need to be called back from the chaos of their infighting. They need to recognize the rarity, audacity – and fragility – of what they have achieved, and to see how their present behaviour is threatening to squander their great heritage. Above all, Americans must recognize that two competing views of freedom are locked in a moral struggle. The question is which of the two, 1776 or 1789, is the surest guide to full and lasting personal and political freedom.”

“Freedom includes the notion of human responsibility. Freedom means deciding between choices and acting on our choices. Each choice could have been otherwise if we had not chosen as we did. Freedom therefore means shouldering responsibility for the choices we have made. No child, slave, or robot is free in this way. Citizenship is an into adult task. A free people who will to choose freely are answerable for themselves, for their actions, and for the consequences of their actions.”

“Negative freedom is still only half the story. By itself, negative freedom leads only to license and would end in either chaos or tyranny. No one achieves full and genuine freedom unless they go on to experience positive freedom.”

“America, America. Do you know what time it is? Do you understand the meaning of this moment? Freedom is at stake.”

“If the founders were correct, contemporary America’s pursuit of political leadership without character, economic enterprise without ethics and trust, scientific progress without human values, freedom without virtue and negative freedom without positive freedom can only end in disaster. It rings the death knell of sustainable freedom, and as it works itself out socially and politically in countless areas, it makes the decline of America only a matter of time.”

“A nation’s constitution, though decisive for its form of government, is not sufficient by itself to sustain it forever. A constitution rests on a foundation. Or more accurately, it rests on a bedding of customs, traditions and moral standards, from which it grows and by which it is sustained. So the character and health of these customs is crucial, for some customs are positive, healthy and therefore supportive of the constitution, and others are negative, degenerate and hostile.”

“In short, sustainable freedom depends on the character of the rulers and the ruled alike, and on the vital trust between them—both of which are far more than a matter of law. The Constitution, which is the foundational law of the land, should be supported and sustained by the faith, character and virtue of the entire citizenry, which comprises its moral constitution, or habits of the heart. Together with the Constitution, these habits of the heart are the real, complete and essential bulwark of American liberty. A republic grounded only in a consensus forged of calculation and competing self-interests can never last.”

“Quite simply, the Declaration of Independence is the grandest and most influential statement of freedom from interference in history. But unlike many modern citizens, the founders did not stop there. They were equally committed to the complementary importance of freedom for excellence. Their aim, as we saw, was liberty and not just independence.”

“The plain fact is that no free and lasting civilization anywhere in history has so far been built on atheist foundations.”

“If Lord Acton was right that religion is the key to history and Christopher Dawson was correct that every great culture has been empowered by a vital and creative faith, then as your faiths, so will your character, virtues, and culture be. This means that there is probably no chance of reordering society effectively unless there is a reforming and successful reordering of the faiths of the citizens too.”

“You have turned from your founders and their vision of lasting freedom, and from the deeply held Jewish, Christian and classical beliefs that made their vision both necessary and possible. You have turned to alternative visions of freedom that are seductive but lazy-minded and empty, and are now proving disastrous. And all the time you are turning yourselves into caricatures of your original freedom in ways that are alternatively fascinating and repellent to the world. Will you return?”

“Remember that free societies are rare and transient, that the American republic is neither ancient nor stable and that its nature as a great experiment may not survive the abandonment of the foundations of its founders.”

For a review of another Os Guinness book, Impossible People, see here.

Originally published at CultureWatch. Image via the Trinity Forum. 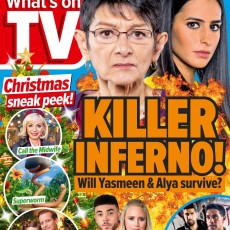 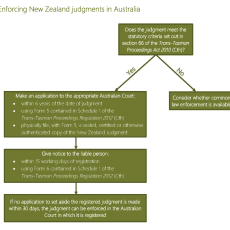 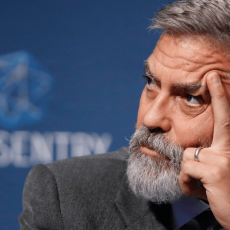