Enough Heroin/Fentanyl Seized with the Potential to Kill Over 2.3 million People

The investigation resulted in 35 arrest warrants and a total of 58 charges. Arrests started at 6am this morning and will continue until all suspects are arrested, according to Flagler County Sheriff Rick Staly.

“I want to commend our undercover team, Special Investigations Unit, SWAT, Evidence, CSI, PACE Unit, our detention and booking teams along with our patrol deputies who were all involved in this 11-month investigation,” Sheriff Staly added. “I especially want to thank our community that when they saw something suspicious in their neighborhood, they said something. We investigate every tip, and today you see the results of your tips. We will never know how many overdoses or deaths we prevented with this undercover operation.”

30 of the 35 suspects investigated during this operation face at least one charge of selling or intent to sell illegal drugs, including three whose identities are being withheld as investigators continue to actively work these cases.

The remaining five suspects have at least one charge of possession of illegal drugs. Most of the suspects are Flagler County residents.

Among the more notable suspects arrested or being sought are:

– Camarie Shavers and his brother Alfred Shavers Jr., both of whom are charged with selling cocaine.

– Teratheo Brown, who has been charged with trafficking in methamphetamine

– Ruben Boatwright, who has been charged with selling cocaine within 1,000 feet of a school

– Jovawn McClendon, who has been charged with selling cocaine within 1,000 feet of a specified area

– Ashley Ruffin, who has been charged with selling cocaine within 1,000 feet of a specified area

Additional charges are forthcoming against some of the suspects as they were found with additional drugs during today’s warrant sweep, according to Sheriff Staly.

“If you are listed and have not been arrested yet, just call us or go to the Green Roof Inn on Justice Lane in Bunnell and turn yourself in,” Sheriff Staly noted. “That way, you don’t have to look over your shoulder wondering when we will arrest you because I promise you, if you are one of these poison peddlers, we will get you. This should also be a warning to drug dealers that, if you are not listed on these boards in this operation, I suggest you get out of Flagler County because you are next! And if you sell a fatal dose of poison, we will investigate you until we can lock you up for murder.” 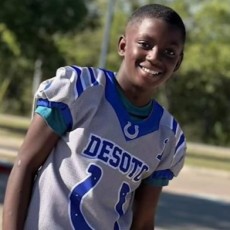 Dallas Girl, 14, Is Charged With Murder In Fatal Shooting Of 11-Year-Old Boy 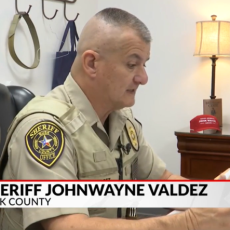