Memphis, TN – United States Attorney D. Michael Dunavant announced today that a total of 302 arrests have been made by local and federal law enforcement officers so far as part of Operation LeGend.

Between August 6 and September 8, 2020, federal and local law enforcement agencies in the Operation LeGend Task Force have worked cooperatively to arrest 106 people on new state and federal charges. Ninety of those arrests were for state charges and 16 of the arrests were for federal violations.

In addition to the 106 arrests, several seizures were made during Operation LeGend activities. The seized items include:

The seizure of the firearms is significant since the available information demonstrates that firearms are used in a high percentage of murders and aggravated assaults committed in Memphis.

In the first month of Operation LeGend in Memphis, a total of 16 defendants have been charged with new federal crimes:

• 9 defendants have been charged with federal firearms violations;

• 4 defendants have been charged with violating federal drug laws; and

• 3 defendants have been charged with federal violent crimes such as bank robbery, carjacking, and the robbery of a business engaged in interstate commerce.

United States v. DeQuan Johnson – DeQuan Johnson, of Memphis, was charged on August 25, 2020, with unlawful possession of a firearm by a drug user. According to the charging document, in January 2020, the ATF assisted the USMS with the arrest of Johnson, who was wanted by police for reckless endangerment with a deadly weapon and aggravated assault stemming from a shooting incident that occurred on November 24, 2019.

It is alleged that on November 24, 2019, Memphis Police Department officers responded to a shooting in which victims reported that two men approached the back porch of their residence and began firing shots into the residence, which was filled with 12 people. One of the victims reported hearing approximately 15 gunshots coming from the back of the residence, and local police subsequently collected 15 spent cartridge casings from the scene. The investigation led to Johnson, who was positively identified by one of the victims.

On January 22, 2020, members of the USMS Fugitive Task Force made contact with Johnson at his residence in Memphis. During a protective search of Johnson’s home, law enforcement located a loaded Smith & Wesson, Model SD40 VE, .40 caliber pistol; an extended magazine containing 20 .40 caliber rounds of ammunition; and marijuana. Because Johnson had active warrants out for his arrest, he was taken into custody.

United States v. Robert Michael Durham– The defendant in this case committed a series of robberies on July 30, 2020, and is charged with robbing the City of Memphis Credit Union. In addition, Durham, as set out in the federal criminal complaint, confessed to robbing the credit union and attempting to rob a CVS Pharmacy, two nurses at a local hospital, and a second bank. Durham, who has a prior federal conviction for bank robbery, was apprehended on August 5, 2020, in Southaven, Mississippi, where he was also charged with driving a stolen vehicle and drug-related charges.

United States v. Jarvis Warren – Warren was wanted on outstanding warrants for carjacking, aggravated robbery and extortion. When officers tried to arrest him, he was driving a stolen BMW. Warren eventually crashed into a fire hydrant and was arrested. He was found to be in possession of a stolen handgun loaded with 30 rounds of ammunition, marijuana, and digital scales. Warren was charged with federal narcotics and firearms offenses.

Also, as part of the Operation LeGend effort nationally, an emphasis has been placed on arresting individuals who have outstanding arrest warrants for violent crimes. This effort has resulted in the arrest of 196 fugitives on pending warrants by the USMS since July 15, 2020, including 47 individuals wanted for homicide charges and 36 identified gang members apprehended in the Memphis area.

U.S. Attorney D. Michael Dunavant said, “Operation LeGend is leveraging our collaboration between federal, state, and local law enforcement, and is already making a difference in our collective fight against violent crime in Memphis. With these new arrests, federal charges, and seizures, we are interrupting the shooting cycle, holding dangerous offenders accountable, reducing violent crime rates, and ultimately saving lives. As violent gun crime and homicide spike up, we will meet that threat with urgency to attack the real violent crime drivers in our community: gangs, guns, and drugs.” 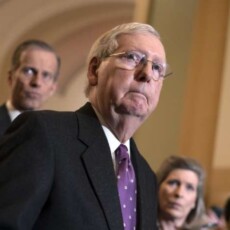 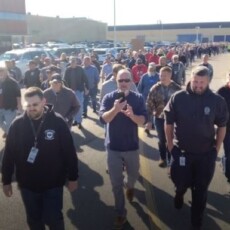 Vaccination Status Ground Reports – What’s Going on in Your Region?