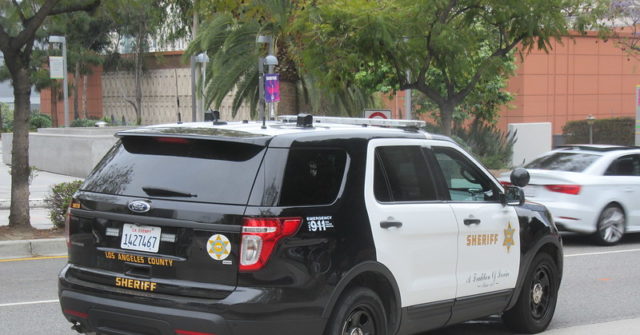 As Breitbart News reported, two deputies were shot as they sat in their patrol car in Compton “without warning or provocation” in an attack captured on video:

LASD deputies have been targeted by Black Lives Matter protests, as well as self-described anarchists and Antifa supporters, since the shooting death of a black man, Dijon Kizzee, earlier this month.

Kizzee allegedly fought with police who tried to pull him over for a bicycle infraction. He allegedly had a gun at the time of the confrontation.

Nightly protests, many of them violent, have taken place outside the LASD facility in South Los Angeles.

Officials said that the two officers were conducting a routine patrol outside an L.A. Metro train station when they were attacked. One of the two victims was able to tell fellow officers that the shooter was a “dark-skinned male.”

LASD Sherrif Alex Villanueva said that the two officers graduated police training together and were sworn in 14 months ago.

He said they were both suffering from “multiple gunshot wounds” and were out of surgery.

Moments ago, 2 of our Sheriff Deputies were shot in Compton and were transported to a local hospital. They are both still fighting for their lives, so please keep them in your thoughts and prayers. We will update this thread with information as it becomes available.

Update: One male deputy and one female deputy were ambushed as they sat in their patrol vehicle. Both sustained multiple gunshot wounds and are in critical condition. They are both currently undergoing surgery. The suspect is still at large.

Update: The gunman walked up on the deputies and opened fire without warning or provocation. pic.twitter.com/cBQjyKkoxJ

The Times confirmed: “Law enforcement sources told The Times at least one of the deputies was shot in the face and the other in the head.”

President Donald Trump condemned the shooting, as have local leaders. Former Vice President Joe Biden had not made a public statement as of this writing.

LASD Captain Kent Wegener has said that anyone with information should call the LASD at 323-890-5500. 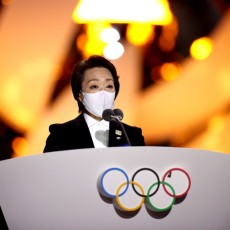