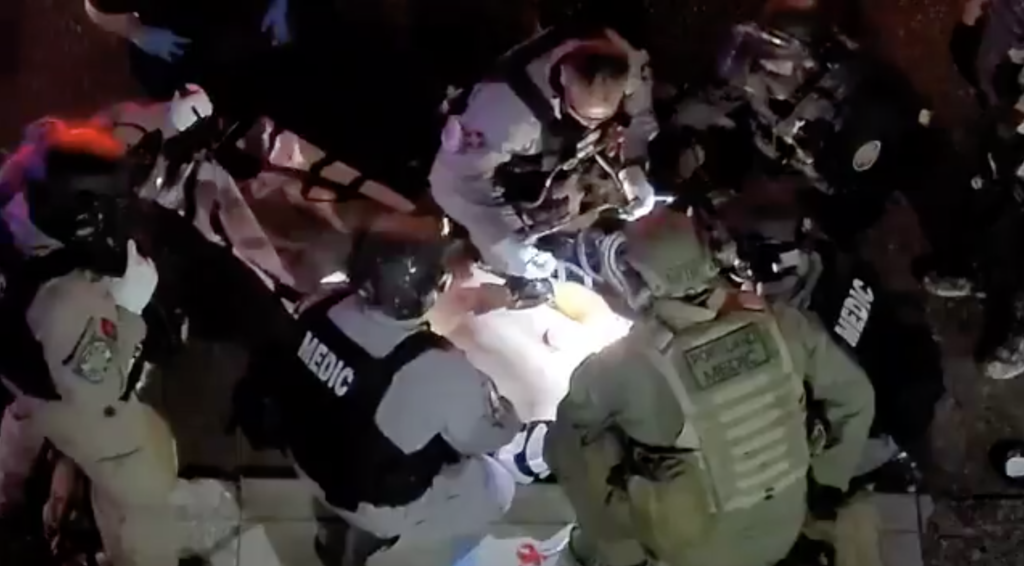 Another night of riots in Portland turned deadly when a President Trump supporter wearing attire with the emblem of “Patriot Prayer,” a conservative group against the leftist domestic terror group Antifa, was fatally shot on Saturday. The shooting was documented on multiple video livestreams that show a small group of people yelling, then scattering after shots were fired.

The Portland Police Bureau reports that the man died of a “gunshot wound to the chest,” but no suspect was named in the homicide investigation as of Sunday morning.

“This violence is completely unacceptable and we are working diligently to find and apprehend the individual or individuals responsible,” said Portland Police Chief Chuck Lovell.

Antifa and Black Lives Matter protestors rallied and cheered at the announcement of the victim’s death, claiming that “he was a f—ing Nazi!” and that “our community held its own.”

Some even went so far as to say “I am not sad that a f—ing fascist died tonight.”

“I am not sad that a f—ing fascist died tonight,” says a woman at the antifa gathering in downtown Portland. The crowd laughs and cheers. The ID of the deceased is not confirmed but he is believed to be a Trump & blue lives supporter. #PortlandRiots pic.twitter.com/XV6471FSuF

Looks like the person that got shot and killed was a patriot prayer chud. pic.twitter.com/Iw9eXlplCO

The shooting came just minutes after a large pro-Trump car caravan made its way through Portland and the downtown area, heavily protested and opposed by Antifa.

This is taking place in a Portland suburb (Clackamas). The event is peaceful. They’re all going to drive into Portland. Antifa have used nails and other sharp objects to pop tires at their riots. pic.twitter.com/kBuh0Fd1rI

A single car has their emergency light on blocking the procession, the driver is playing “fuck Donald trump”, I ask her why she’s doing this “because Portland is supposed to be a progressive city, fuck these guys” pic.twitter.com/D7r7WyTyp4

Videos of the scene posted to social media show throngs of people throwing objects at the vehicle train and attempting to block the street so the vehicles can’t proceed. Some of the Trump supporters, in exchange, maced and shot the protestors with paintballs.

Antifa rioters try to physically block the Trump cars from driving in downtown Portland. They get maced instead of run over. #PortlandRiots pic.twitter.com/qx3mJFz24K

According to the Portland Police, the caravan “stretched for miles” and officers addressed “sporadic fighting and vandalism” as well as “responded to scenes of fights, disturbances, and collisions throughout downtown and made some arrests.”

A political rally is caravanning throughout downtown Portland. There have been some instances of violence between demonstrators and counterdemonstrators. Officers have intervened and in some cases made arrests.

The big backlash going on in Portland cannot be unexpected after 95 days of watching and incompetent Mayor admit that he has no idea what he is doing. The people of Portland won’t put up with no safety any longer.The Mayor is a FOOL. Bring in the National Guard! https://t.co/bM6ypak94t

Wheeler is incompetent, much like Sleepy Joe Biden. This is not what our great Country wants. They want Safety & Security, and do NOT want to Defund our Police! https://t.co/lZigDBjvKJ

On Friday, Wheeler sent a letter to President Trump refusing help from federal law enforcement, despite three months of ongoing violence and riots in Portland in the name of social justice.

Wheeler sent the letter on the same day protestors gathered outside of his apartment building and occupied the lobby, demanding that he “reduce the Portland Police Bureau budget, commit to never voting for police budget increases again, and resign.”

A riot was declared later that night when a group of people attacked the Portland Police Association building and tried to set it on fire.

A riot was also declared Saturday after the police union building was set on fire.

Donald Trump Jokes: ‘Sleepy Joe’ Biden Will Get ‘Big Fat Shot in the Ass’ Before Debate 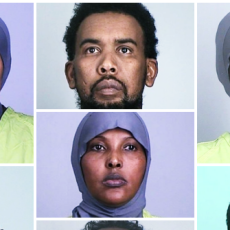