State Representative Ilhan Omar has definitely done her share of activism in the past. Apparently, in 2013, she went a bit too far on that.

The incident dates back to January 18, 2013, and Omar was in a group of Muslim Somali activists and they were following the convoy of former Somali President Hassan Sheikh Mohamud from the Minneapolis Convention Center to his reserved room at the Hotel Ivy. There was one small problem with this plan, however.

According to the police report, the hotel staff had to alert law enforcement because there were a number of people without room keys and they needed to leave the premises.

The responding officer said that most of the people complied with this request, except for one Ilhan Omar. Instead, she became very belligerent and was very defiant, refusing to leave the hotel.

The police report stated the following: “She stood her ground, and she continued to refuse to leave. I took hold of her left elbow and Omar retreated back from me and stated, ‘Don’t you put your hands on me!’ After others in her group complied, we were able to coax and convince Ms. Omar to start walking toward the entry/exit door with her group.”

If she would have left it at that, things would have been fine. However, the officer stayed on the premises for another ten minutes before going to another call, and he quickly discovered that she had snuck back in and was seated in another part of the rather large lobby.

Omar continued to be defiant when the officer said if she didn’t leave she would be arrested for trespassing.

“We had to book Omar in [at Hennepin County Jail] because it did not appear to me that she was going to respond to a citation, nor was she going to be responsible for her criminal behavior,” the officer said. “In fact, I thought she might continue it.”

Yes, folks, these are some of the types of people that are representing us in the U.S. Congress. Let all hope to goodness that this woman isn’t on Crazy Joe’s VP short list, but with our luck, she probably is. 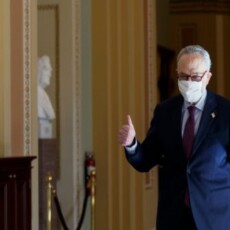 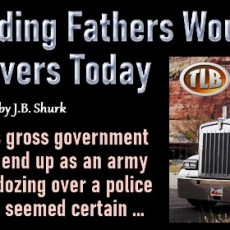 Our Founding Fathers Would All Be Truck Drivers Today