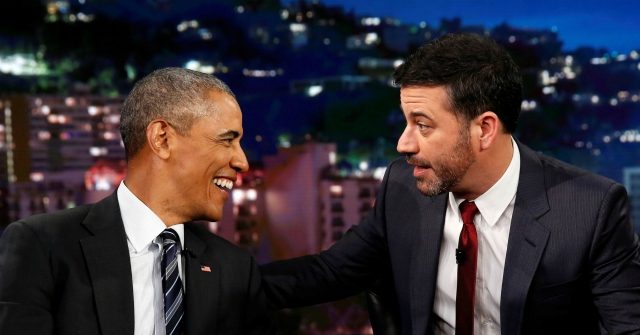 Obama made the remark during an appearance Thursday on Jimmy Kimmel Live! to promote his new memoir A Promised Land. When asked by Kimmel if the White House has any secret spots where “someone could hide” if they don’t want to leave, Obama replied: “Well, I think we can always send the Navy SEALS in there to dig him out.”

Earlier in the conversation, Kimmel suggested that it is perhaps too early to assume that Biden won the election. President Trump is contesting the tallies in key swing states and has vowed to fight in court, asserting that there was fraud and that the election was rigged.

“Do you feel that when you congratulated Biden and Senator Harris that you were premature in doing that?” Kimmel asked.

“No, I thought I was right on time,” Obama replied.

“When I came in, we were in the middle of a big crisis, the financial crisis. George W. Bush, he and I had obviously big policy differences, but he’s a good man, he’s a patriot,” Obama said. “And he ordered everybody on his team to work seamlessly with us on the transition. Could not have been more gracious. Could not have been more helpful. And that actually helped us be able to get a head start on trying to stem what could have been a great depression instead of a great recession.”

Jimmy Kimmel recently called for President Trump to be “arrested” after the commander in chief alleged in a November 5 speech that there was voter fraud in battleground states including Pennsylvania and Georgia.

“It was a litany of lies, threats, just a despicable and incoherent attack on democracy in the United States,” Kimmel said. “At the end of that speech, he should have been arrested.” 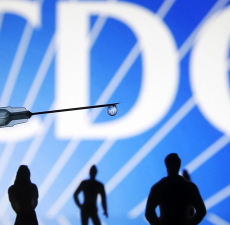