ER Editor: The mother of New Zealand baby, Will, needing heart surgery, simply wants her baby to have a blood transfusion of unvaccinated blood. Which seems reasonable given everything we know now about the Covid injections and what they do to the blood. But not to the New Zealand government and medical establishment. There ARE unvaccinated people lining up to donate for Will.

Here is a statement from the mother’s lawyer:

Parents of baby Will have lost the court case for him to have unvaccinated blood for his operation.

Application for guardianship of the baby to be transferred to the courts has been approved pic.twitter.com/wtGG4RaekR

Parents of Baby Will lose right for their baby to receive blood of choice. And now have lost guardianship too! Heartbreaking and frightening precedent for the future.. High Court orders Baby Will placed in temporary guardianship order😞 😔 😢 #newzealand https://t.co/0POe3fPnFx

The New Zealand government is trying to take custody of baby Will due to the fact his parents don’t want to use vaccinated blood during heart surgery… they’ve already found hundreds citizens with non-mRNA vaccinated blood. pic.twitter.com/5aes3lxcTg

See also Steve Kirsch, who includes the court document and goes over the main arguments: New Zealand court takes custody of Baby Will

and Peter Halligan: Oh dear. Baby Will seized by the court and wil be subjected to blood transfusions possibly tainted by spike proteins. Such is State run health – the State and its organs (sic) own the people.

A court has taken guardianship of a baby that needs heart surgery, after the parents refused to consent to the surgery unless the donated blood needed came from people who had not received the Covid-19 vaccine.

Te Whatu Ora Health NZ made an urgent application for guardianship under the Care of Children Act last week, with a hearing yesterday. Evidence was provided by Health NZ, the family, and the NZ Blood Service.

The hearing was initially scheduled for a half day but that blew out into almost a full day.

In a judgement released today by Justice Ian Gault about 6pm, he said the baby is under the court’s guardianship from today until completion of their surgery and post-operative recovery. The latest the order is in place is January 31, 2023.

Justice Gault said the baby’s doctors are to keep the baby’s parents informed “at all reasonable times of the nature and progress” of their child’s condition and treatment.

He remarked an order enabling the surgery to proceed using NZ Blood Service blood products “without further delay” is in the baby’s best interests.

Outside the court yesterday were up to 200 supporters of the family, many protesting the Covid-19 vaccine, mandates, new media organisations, the government, and the prime minister.

While most were peaceful, journalists and camera operators were harassed by some members of the crowd.

There were several police officers monitoring the protest, and security staff were monitoring who was going in and out of the courtroom.

In court, Te Whatu Ora’s lawyer, Paul White, said the organisation did not take a step like this lightly.

“His survival is dependent on the publication being granted,” White said.

“What we have are loving parents who love their child, with contrasting views to the medical professionals.”

The parents bought the baby to court with them, which White said was “against medical advice”.

He also said it was “curious” the parents took such a strong view on the blood needed for surgery, considering the mother had previously consented to blood from the general supply being used in an earlier surgery.

In response to that, Sue Grey, lawyer for the family, said they did not want the blood to be given, however given how the operation was going, they understood that it was needed.

“The fact they got away with it once doesn’t mean we should play blood roulette again,” she said.

She said there were up to 30 “pre-screened” unvaccinated donors ready to give blood, with some in the crowd outside court.

“It’s important to look at what can be done, not what has been done,” she said.

“It’s very clear that blood that’s contaminated is a risk to this baby.”

Lawyer for the NZ Blood Service, Adam Ross, strongly refuted any allegation the blood service had “contaminated blood”, a view shared by the medical community.

“I am concerned about the use of language in this case,” he said.

“The whole point here is that the NZ Blood Service is not distributing contaminated blood.” 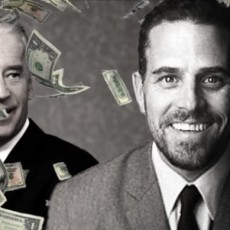 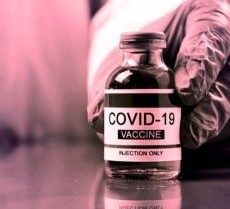 Video: The “Death Tsunami” Is Here. “You should never ever take any Covid shot anymore”. Dr. Sherry Tenpenny