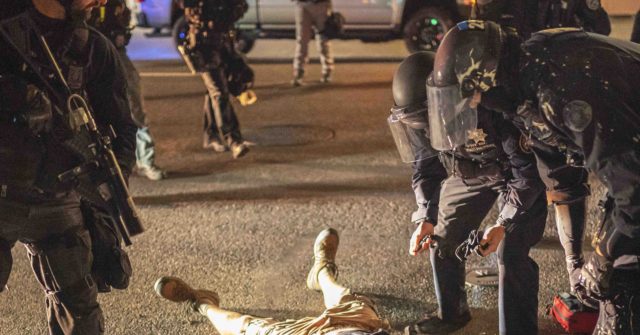 The New York Times reported Saturday night that the victim of a deadly shooting in downtown Portland, Oregon, earlier that evening was wearing a hat associated with “Patriot Prayer,” a right-wing group.

According to journalist Andy Ngô, far-left commenters on social media had initially claimed that the victim was black and that the shooter had been a “fascist.” Though the identity and affiliation of the shooter remain unknown, the victim appears to be a white male.

Antifa are claiming that the deceased person is one of theirs and that the shooter is a fascist. There is no evidence that suggests this right now. I repeat, no evidence at this moment suggests that is true. #PortlandRiots pic.twitter.com/lLyZ8C3JsP

The shooting victim in downtown Portland tonight had a side bag with a “blue lives matter” style flag. Many antifa on social media are celebrating his death, even though his ID is not yet known. The shooting suspect is still at-large. pic.twitter.com/1lLxrCl2Uq

It was not immediately clear how the shooting transpired, but two witnesses who asked not to be named said that a small group of people got into an argument with other people in a vehicle and someone opened fire.

The man who was shot and killed was wearing a hat with the insignia of Patriot Prayer, a far-right group based in Portland that has clashed with protesters in the past.

The Portland Police Bureau said that officers heard reports of gunfire shortly before 9 p.m. and found a victim with a gunshot wound to the chest. It was determined that the victim had died. They did not release any information about a possible shooter.

Earlier in the day, a pro-Trump caravan of vehicles clashed with left-wing activists in downtown Portland.

Oregonlive.com noted that this marked the third consecutive weekend in which the groups had clashed. 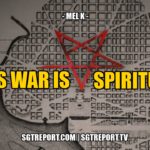 This War is Spiritual – Mel K 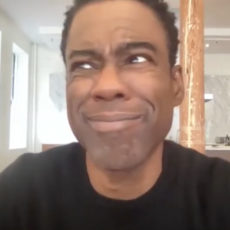 Chris Rock Is Right: Cancel Culture Is Unfair To Audiences 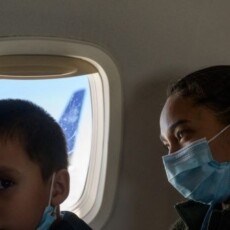 Border Crossers Flying for Free into U.S. with Help from Catholic Charities