Prince Charles? Of course it has happened before. The second Stuart king, Charles I, was beheaded in 1649. As Andrew Marvell wrote:

Nothing did he common or mean,
Upon that memorable scene,
But with his keener eye,
The axe’s edge did try.

Claire Edwards is not promoting the death penalty, although her anger about 5G is such that she may very well feel that way. She is asking only for arrest(s).

I love this stuff — I mean the theoretical legal stuff about who is eligible for arrest and who is protected from it.

Start with the monarch. We have a tradition of declaring the royal family off-limits even to criticism or joke. I say “we” have the tradition. You will probably say “they” have it and can enforce it. Fine, but even if they did not try to do that we would do it because the monarch is the symbolic parent of us all. He or she stands for the nation. It is natural to love and respect such a figure.

In Australia, the monarch (but not other members of the royal family) is immune from prosecution. As for UK law, I believe the whole royal family is legally untouchable. There has been talk of the FBI inviting Prince Andrew to testify at the trial of Ghislaine Maxwell (set for July 2021 – will we even be alive then?). But he will not be forced to do so.

As for Charles the First, in 1649, he was condemned by a piece of paper, signed by parliamentarians including Oliver Cromwell, who then ran a parliament at his pleasure. In and 1653 Cromwell became Britain’s Lord Protector, for five years until his natural-causes death.  When Charles restored the monarchy in 1660, the body of the Lord Protector was exhumed and given a proper hanging.

Below is the inspiring video in which Claire Edwards, a former UN editor, calls for the arrest of many leaders including some WHO and other UN people, and Klaus Schwab. One of her main concerns is the harm that will be caused by 5g technology. I agree and assume the real purpose of 5G is as a weapon.

It amazes me that people think the US government can declare someone immune from prosecution or even legislate immunity for a whole class of people. It was said during the Iran/Contra period in the US (late 1980s) that the Attorney General had told CIA men who were importing drugs that it would be OK.  Well, he may have said it, but it is of course not true.

Eventually, those persons may be indicted. Oliver North is still alive. He was given a pardon by Poppy (no pun intended) Bush, in 1992, for miscellaneous wrongdoing, but drug running was not mentioned, so of course it is not included in the pardon. When the CIA persons are on trial and they plead that the AG gave them the nod, what would you do? I know what I would do.

You may have heard that during the autism/vaccine crisis, Congress passed a law giving Big Pharma immunity: The NCVI, National Childhood Vaccine Injury Act. Yes, that’s true but the is immunity from lawsuits, not from criminal charges. Won’t the officers of those corporations be surprised when they find that out.

Even their immunity from lawsuit unsupportable. The Bill of Rights’ Seventh Amendment promises:

“In suits at common law, where the value in controversy shall exceed twenty dollars, the right of trial by jury shall be preserved.”

Ah, the Bill of Rights.  Congress could not constitutionally take away a citizen’s right to sue any party that had damaged him.

Also, although Article, section 8, clause 9 of the US Constitution says Congress has power “to constitute Tribunals inferior to the Supreme Court,” I do not see why such a Tribunal should be allowed to deviate from judicial safeguards. One disgraceful aspect of the NCVI Act is that the lawyer for the injured person gets paid by the government whether he wins or loses – clearly lowering his incentive to work hard for his client.

Heads of Government To Roll

What about Merkel, Macron, and Adern, all elected heads of government – can they be charged with crime while in office?  I only know the answer in regard to the United States – it is Yes.  When Richard Nixon was president, he told to hand over the Watergate tapes as requested by  Special Prosecutor Leon Jaworski.

Nixon refused, claiming that Executive Privilege protected him. The US Supreme Court, in a 8-0 ruling in 1974, written by Chief Justice Warren Burger, said, in so many words, “Stiff biccies.”

Now back to Prince Charles, the Prince of Wales. If at any moment his mother, Her Majesty Queen Elizabeth, Queen of Australia, passes away – or resigns — he becomes head of state of Oz. That is not the same as head of government, and anyway, as the monarch, he does have immunity from prosecution.

However, we do not need our monarchy. Everyone says the powers of the Crown (as carried out by the Governor General) are minor. But we see in section 58 of the Australian Constitution that the royal assent is needed for any bill to pass Parliament. That is a huge power.

In a Gumshoe article in 2018, I recommended that the queen quit – no hard feelings. Her presence in the Constitution is simply confusing. I quote my —–article:

Wouldn’t it be great if a G-G had the kind of brain that would think about the long term effect of a particular proposed law? And whose office could connect with anyone in the population claiming to have a nifty idea for Australia?

Hell, wouldn’t it be great if that G-G were deeply moral? He would be able to take note of a situation occurring in Oz today and say “Excuse me, Folks, we can’t have this, this is an outrage.”

I cannot turn to the actual G-G today, Sir Peter Cosgrove.  Sorry, Pete, ol buddy, but you have never evinced the slightest sense of things being morally outrageous or as being “unwise for the long term.”

If Charles becomes Charles III, he should abdicate as soon as possible.

The person who seems most “in charge” of “the pandemic situation” and who lays out a worldwide plan for vaccination, is Bill Gates, the founder of Microsoft. He is the son of William Gates, Sr, a lawyer who died on September 14, 2020. Both men have shown an interest in eugenics. Bill has stated his desire to lower the population by 15% but he probably has on mind a much greater reduction.

Persons in India have accused him of using vaccination of young women as a means of birth control. The Supreme Court of India ruled negatively on a case brought to it in 2012. The ruling was not on the merits but on a court’s need to stay apart from the policy-making branches of the government. I venture a guess that Gates would use birth control in a hidden way, although that is not relevant now.

What is relevant is Gates’ conflict of interest. He heavily funds the World Health Organization, while also making a profit from the sale of vaccines. Congress could investigate him and demand that he put his cards on the table. Refusing to answer Congress’s questions is a felony.

In the US, a person can be arrested and not charged with any crime yet be held indefinitely if he is considered a so-called material witness. That means that he (or she) has the information we may need. The law has been in effect since 1793. It is rarely used, but after Nine-Eleven it was used a lot to round up Muslims, willy nilly.  Or should I say, holus-bolus. For all I know, there may still be “terrorists” languishing like this poor guy:

In October 2001, Tarek Albasti was held in solitary confinement – as a material witness. “After I got in the cell I went kind of crazy. I was calling the guards to find out exactly what was my crime. Where’s my lawyer if I have a lawyer. Because nobody told us anything. What’s going to happen or what’s going on. Nobody answered me so I kept banging on the door. Of course I started crying… The guard came. He starts yelling at me. I yelled back and I said I need to know why I am here. I need to talk to somebody. He said we don’t know, once we know, we will let you know. I felt he didn’t know why we were being held. I had nothing to do but sit and cry. That’s technically all we did. Sit and pray and cry.” (6-27-05) alipac.us

By the way, speaking of immunity, the ACLU – American Civil Liberties Union, helped a prisoner bring a case against Us Attorney General John Ashcroft, Ashcroft v. al-Kidd that was decided n 2011. Although picked up as a material witness, Kidd was strip-searched and refused a chance to call a lawyer. A circuit court found Ashcroft liable for violating Kidd’s constitutional rights.

This, however, was overridden by immunity – remember this was a lawsuit, not a criminal charge, against Ashcroft. Writing the opinion in the 8-0 ruling, Justice Antonin Scalia said:

“Qualified immunity gives government officials breathing room to make reasonable but mistaken judgments about open legal questions. When properly applied, it protects all but the plainly incompetent or those who knowingly violate the law. Ashcroft deserves neither label.” 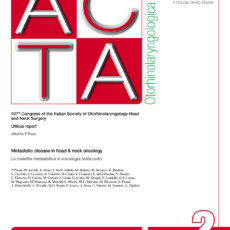 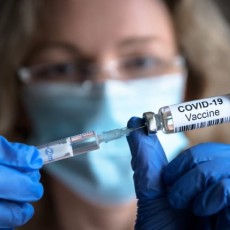