“What do we want? Dead cops! When do we want them? Now!” It would surprise many, given mainstream media suppression of truth, to learn that the preceding was chanted by Black Lives Matter protesters. What’s even more surprising, however, is that such sentiments aren’t limited to street rabble but are echoed by the powerful and supposedly sophisticated — in think tanks, political office, and elsewhere.

Exhibit A: “On Saturday night, soon after two Los Angeles County Sheriff Deputies seated in their patrol car were shot in the head in an ambush in Compton,” reported Daily Wire Sunday, “a leftist think tank called The Gravel Institute responded to a tweet stating, ‘Say it with me: blue lives matter,’ by replying, ‘Say it with me: they don’t.’”

The tweet was deleted after becoming controversial, but the Washington Examiner’s Siraj Hashmi saved a screen shot of it (below).

“The two officers that were shot were a 31-year-old mother of a six-year-old boy and a 24-year-old man with a girlfriend of his own,” the Wire reminds us. “Both were sworn into the LASD a little more than a year ago.”

Know that this wasn’t a one-off for Gravel, either. It also tweeted approvingly of the street harassment of an elderly couple emerging from President Trump’s RNC speech last month.

Interestingly, under Gravel’s heading “Who we are” (I think they’ve already shown us) in its “About” section, the organization informs, “The Gravel Institute was founded in 2019 to carry on the life’s work of former U.S Senator Mike Gravel in fighting for global peace and democracy.” Well, do note, the Gravelites didn’t say anything about fighting for domestic peace.

But the institute isn’t alone. Domestic peace also isn’t a priority for high-ranking leftists “openly cheering the carnage,” writes commentator Monica Showalter. “The wounded deputies who were blocked from life-saving treatment at the emergency entrance to St. Francis Hospital by mobs of baying lowlifes are situated in the nearby city of Lynwood,” she continues, “which is led by a city manager who tweeted this”:

NEW: Jose Ometeotl, the city manager of Lynwood, posted on his Instagram that “Chickens come home to roost” following the ambush shooting of two LASD deputies in Compton. One is a 31 y/o mom of a young boy, the other is a 24 year old male deputy, both very new. @FOXLA pic.twitter.com/CpMmmEZp5z

Because of such outrages, former house speaker Newt Gingrich said in a recent interview that “it is ‘beginning to sink in’ across the country how ‘pro-criminal and anti-police the modern Democrats have become,’” Breitbart reported Sunday. “He added that billionaire George Soros is ‘spending millions of dollars’ across the country to help ‘elect pro-criminal, anti-police district attorneys.’”

It should have sunk in a long time ago, however, because Democrats have long been tacitly (and sometimes more openly) supporting our rioting and looting mobs. Spectator USA’s Amber Athey illustrated the point recently, writing:

House Judiciary Committee Chairman Jerry Nadler called antifa violence in Portland a ‘myth’ when approached about the subject in June. Mayor Muriel Bowser bragged in her Democratic National Convention speech about creating ‘Black Lives Matter Plaza’ in Washington, DC for the protesters, but did not mention some of those protesters torched the historic St John’s church outside of the White House. Seattle Mayor Jenny Durkan described her city’s ‘autonomous zone’, which was forcibly taken over by armed protesters and where a black teenager would later be shot dead, as a ‘block party atmosphere’. Speaker Nancy Pelosi responded to the toppling of a statue of Christopher Columbus by giving a wave of her hand: ‘people will do what they do’. Rep. Ayanna Pressley went several steps further than her peers, encouraging ‘unrest in the streets’ during an MSNBC interview in August.

Moreover, Athey also reminds us that Joe Biden’s running mate, Kamala Harris, even “promoted a bail fund intended for protesters in Minnesota.” Further note that Harris actually said in a June interview — almost giddily in what could be GOP campaign commercial gold — that the “protests” “should not” stop (video below).

Despite this, do realize that the most Machiavellian leftists do not have contempt for police in principle — just for ours in particular. To understand why, consider what transpired after a school principal, outrageously, decided to call the police on a fifth-grader because a teacher saw a BB-gun on his wall while he was “distance learning.”

The boy’s mother said the police were very nice, were “appalled at the call,” and even commended her son on his behavior and firearms knowledge. This is just one of thousands of instances illustrating that the police are generally conservative.

The government school system, which the Left has long controlled, was counteracted in the above instance by the police because the Left does not yet control them. Leftists know this. They know that cops don’t generally vote for them. They also know that you can’t completely control a nation without controlling its police.

Once leftists have that control, however, they become huge fans of the police — and of police action. Socialist/despotic states have demonstrated this for a century, mercilessly using police to help crush dissent.

So remember when hearing that leftists want to dismantle the police, it’s because they want to become the police.

And the dismantling of your freedoms will soon follow.

Photo: screen-grab of video of shooting

Selwyn Duke (@SelwynDuke) has written for The New American for more than a decade. He has also written for The Hill, Observer, The American Conservative, WorldNetDaily, American Thinker, and many other print and online publications. In addition, he has contributed to college textbooks published by Gale-Cengage Learning, has appeared on television, and is a frequent guest on radio. 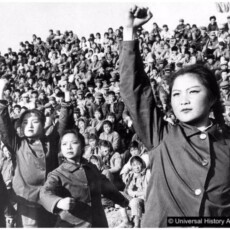 Thou shalt not film illegal migrants! 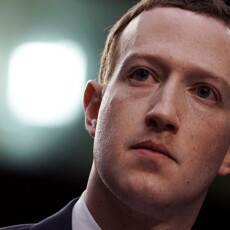 Mark Zuckerberg: ‘There Is a Risk of Civil Unrest Across the Country’