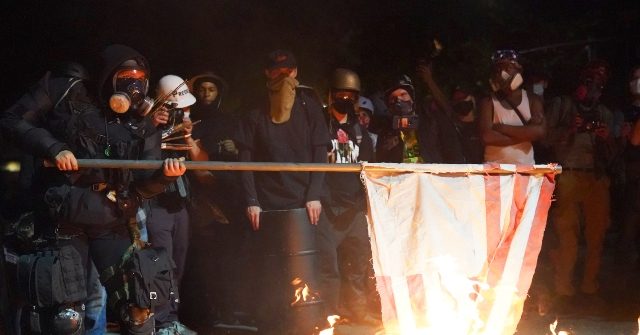 The far-left Washington Post attempted to blame President Donald Trump for the riots in Portland by falsely declaring the Democrat-run city “calm” after federal law enforcement retreated from the city.

“Trump ordered federal forces to quell Portland protests. But the chaos ended as soon as they left,” a WaPo tweet announced on July 31.

The Post, an anti-Trump outlet that is frequently caught lying to its gullible readers and spreading conspiracy theories, made the false claim of “calm” in Portland to further the lie that Trump’s decision to send federal law enforcement to Portland was the cause of that Democrat-run city’s 60-odd days of non-stop chaos and mayhem at the hands of the left-wing terrorists in Antifa and Black Lives Matter.

Trump had sent federal law enforcement into the embattled city to protect federal property, something the Portland’s feckless Democrat mayor either could not or simply would not do.

Democrats and their media allies not only blamed the presence of federal law enforcement for the rioting (which was over a month old already), they spread conspiracy theories about “secret troops” and “stormtroopers,” none of which was true.

Trump agreed to withdraw the additional law enforcement after the mayor agreed to protect federal property.

This is when the Post attempted to cement its phony narrative with a story about how “calm” had returned after Trump removed the back-up he sent — you know, the back-up that caused all the rioting.

“Some protesters said that without a notable police presence, the crowd had a different atmosphere,” the Post wrote.

“It’s much more low-key and a bit more subdued,” a protester assured the far-left outlet. “Normally by this time, people would be banging on that fence. There’d be fireworks. They’d be pouring debris over.”

This calm, according to a protester the Post found worthy of quoting, was “100 percent because the feds are leaving.”

Yes, without Trump’s “stormtroopers,” it was all chocolate rivers and peppermint trees in Portland. Here’s how the story closes:

But most protesters seemed to welcome the calm and believed Portland’s protests would keep their momentum. “That will draw families back to the protests. Ultimately, while we wanted the feds out, this was really about Black Lives Matter,” Echavarria said.

As the crowd lingered toward the end of the night, a freestyling rapper named No Shoes said that the time was right to just focus on having fun.

“I think this might be the first time we didn’t get gassed,” he told his audience.

Well, what a difference reality makes.

With no outside law enforcement of any kind, Portland has gotten worse. Much worse. How much worse? Things are so bad, Portland Mayor Ted Wheeler was forced to finally speak out forcefully against the violence after the emboldened left-wing terrorists made a serious attempt to light a police station filled with people on fire.

Worse still, the same day the Post tweeted about Portland’s “calm,” protesters hit Seattle with bonfires, including the burning of Bibles and the American flag.

Since the Post announced all this calm, an elderly woman has been assaulted for trying to stop the terrorists from another arson attempt on the police station, the terror campaign has moved into residential neighborhoods, and the Portland police have officially declared a riot two nights in a row.

The Post responded to this explosion of violence by doubling down with a story about how chic and cool Portland’s terrorists are.

“Trump sent agents to quell unrest. But protest is what Portland does best,” is the headline — which can be interpreted as, “Okay, the rioting is still happening in Portland — we got that wrong, but rioting is, like, so cool.” 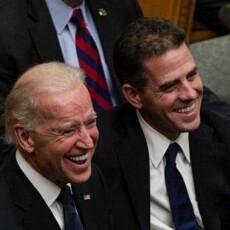 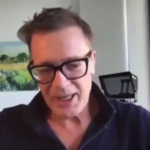 Dr. Wakefield Warns ”This is Not a Vaccine, It is Irreversible Genetic Modification”