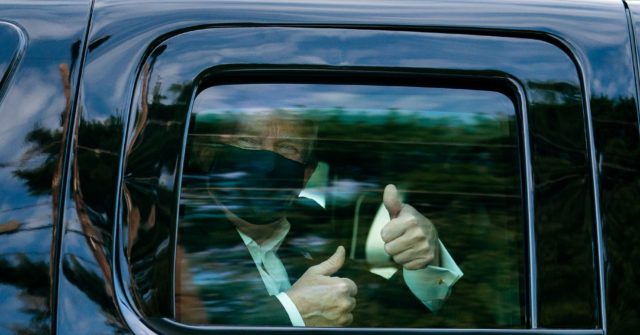 Anyone who’s been reading me for any amount of time knows my wife has been fighting through some tough health issues for the past few years, and those issues have dropped her right in the strike zone of a worst case scenario should she catch the coronavirus.

Other than being overweight, she checks off all the boxes — age, lung issues, mostly bedridden… you name it.

And while I have many flaws, being reckless about my wife’s heath is not one of them. When this thing first hit I was wiping down the mail and groceries, changing my clothes in the cold garage after I got back from going out… I was wearing a mask when Dr. Fauci was telling everyone not to wear a mask.

But as time passed and my wife and I saw the numbers, saw the survival rate, saw our neighbor walk right through it, saw his family not contract it, we relaxed a bit. And today, despite my wife being right in the danger zone, it no longer dominates our lives. We’re no longer afraid of it.

We’re cautious, of course, we’re not being stupid about it. We wear masks if we can’t social distance. We wash our hands as soon as we get home and every time we get back in the car. But do you want to know what else we did?

We took a two-week vacation over the summer. We were out and about without any fear, just a touch of caution and common sense.

Caution and common sense will get us through this with our country still intact. Fear and domination will get us though this only to discover the cure was worse than the disease.

A 74-year-old overweight man who is no fan of exercise is so far beating the coronavirus, and the fake news media freaked out after he passed on this piece of wisdom: “]D]on’t let it dominate you, don’t be afraid of it. You’re going to beat it.”

The media don’t worry me. It’s the polls that worry me. If the polls are correct, a majority of this country have turned into a bunch of cowering chickenshits perfectly okay with central authority using a health crisis to strip them of their most basic freedoms.

We weren’t even slow-boiled into becoming a country of pansies. In the wink of an eye, we went from “flatten the curve” to “don’t leave your house until everyone’s inoculated.”

But something else almost no one is saying is that your chances of surviving the coronavirus are extraordinarily high — and that’s if you catch it. So far, in a country of 330 million, only 7.5 million have caught it that we know of, and while WHO believes 10 percent of the world might have caught it, that would mean the survival rate is nearly 999 out of 1,000.

And how contagious is this thing really? Friend of mine caught it. Had very mild symptoms. Lived at home. None of the rest of his family caught it.

Nonetheless, a huge part of the country is still in some form of lockdown. In my North Carolina county and the five surrounding counties we’ve had fewer than 75 deaths and our movie theaters are still closed. Why? The theater industry is teetering into collapse and we can’t open up because of 75 deaths over six months…? This is madness.

In all of American history, we have never seen, done, or even considered anything like this. Not during previous pandemics, even ones that were much worse. Not when smallpox and polio were everyday facts of life.

Locking down the healthy? How did we allow this to happen?

How did we allow “flatten the curve” to turn into “wear a mask when you’re in a room alone?”

But here we are now with a virus that’s only infected three percent of the population (that we know of, and if it’s higher that’s even better news because it decreases the fatality rate) and with a survival rate, per the CDC, of better than 99.5 percent, which means that more than 995 people out of a thousand survive, and still we’re closing schools and small businesses, wiping out the airline and movie business…

And the American people are allowing it…

That’s what galls me. I expect our politicians and media to act like tyrants. Controlling others is what drives them, what gives them a sense of purpose. But much of the country is just rolling over and allowing it, and that boggles the mind.

When a deadly virus hit the gay community in the 1980s, these great Americans fought to stay true to who they were, fought to hold on to their identity and lifestyle, even under the staggering dual pressures of a deadly disease and a society that said If you want to stop dying stop being who you are.

What happened to that spirit? 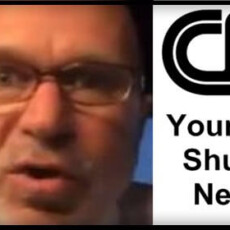 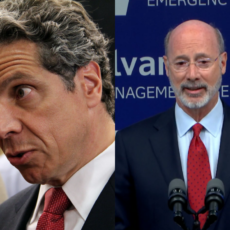