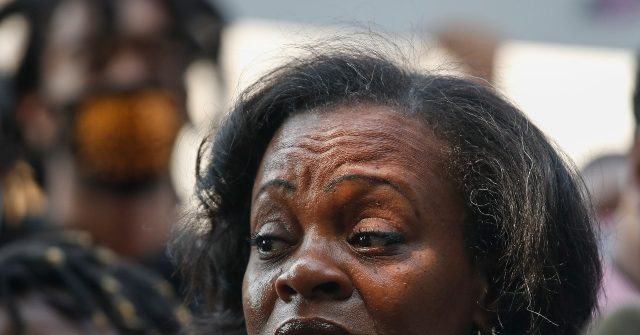 Jacob Blake’s anguished mother, Julia Jackson, called for calm in Kenosha and apologized to President Trump for a family “outburst” and for missing his phone call.

Jackson appeared on CNNLOL late Tuesday night and asked for calm in Kenosha, Wisconsin, the small city where her son was shot in the back seven times by a local police officer. Not enough facts are yet known to judge whether the shooting was legitimate or not. Blake is expected to survive but might be paralyzed from the waist down.

“Please, don’t burn up property and cause havoc, and tear your homes down, in my son’s name,” she said.

She also apologized to the president who apparently tried to call her.

“And then also, for President Trump, I’m sorry I missed your call,” Jackson said. “Because, had I not missed your call, maybe the comments you had made would have been different. I’m not mad at you at all. I have the utmost respect for you as the leader of our country.”

Jackson added that a family member who is “hurting” said something “not kind” about Trump. “I do apologize for that outburst,” she said. “That does not reflect our behavior.”

Jackson did not elaborate on what comments Trump made about her son. There is no record of the president making any comments about Blake. Because CNNLOL is a fake news network, she was not asked to expand on the remark.

It’s also bizarre that Jackson, whose call for calm is undoubtedly sincere, would choose to call for calm on one of the fake news networks that is most responsible for legitimizing left-wing rioting and looting. Under chief Jeff Zucker, CNN has spent most of a decade attempting to normalize, defend, and even make heroic the very domestic left-wing terrorists who are right now burning Kenosha to the ground.

Possibly, like 99 percent of America, Ms. Jackson does not watch CNNLOL.

“Citizens, police officers, firemen, clergy, politicians: do Jacob justice on this level and examine your hearts,” she said. “We need healing. As I pray for my son’s healing, physically, emotionally, and spiritually, I also have been praying, even before this, for the healing of our country.”

The shocking violence in Kenosha — yet another Democrat-run city among dozens that have chosen not to protect their citizens over the past three months — escalated Wednesday night. People were killed. There are reports that more than half of Downtown Kenosha has been destroyed at the hands of left-wing terrorists.

Because Wisconsin’s Democrat Governor, Tony Evers, refused to send more than ten to twenty percent of the necessary National Guardsmen, armed citizen militias were forced to step in. Things escalated. We don’t know all the facts yet, but we know people died.

When the government refuses to protect its citizens — and Evers and his fellow Democrats throughout the country are doing exactly that, refusing to protect their own citizens from organized, left-wing marauders — vigilantes and militia are going to step in. Therefore…

What is happening in Kenosha is no one’s fault but the Democrat Governor Tony Evers’. He had the power to flood Kenosha with the number of Guardsmen necessary to protect his citizens; he CHOSE not to.

Instead, Evers is encouraging the terrorists to loot and burn with tweets like these.

My heart goes out to Ms. Jackson, and all the victims of these Democrat-run cities and states. 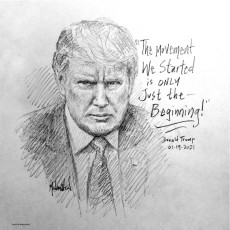 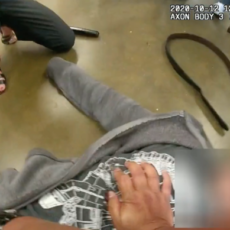 We Need A Reckoning – Crowdsourcing Request, What Do You Want To See Declassified