The headlines are damning: Trump had national security documents or classified documents or nuclear secret documents in his possession, a clear criminal violation. One former CIA head even put out a tweet effectively saying that Trump should be executed for treason. Everyone who believes Trump committed a criminal act is wrong. These claims completely misunderstand the nature of Trump’s (indeed of every president’s) plenary power and how it plays out with respect to documents and classified information.

The left is ecstatic. The Washington Post hollered, “Trump warrant papers list 11 sets of classified documents seized.” The Atlantic assured readers that “Not Even the President Can Declassify Nuclear Secrets: Fan letters and snapshots are one matter, and launch codes are another—and here the details of classification might decide just how much trouble Trump is in.”

Michael Hayden, who served in the Air Force, and then went on to a career as a high-level government functionary—former Director of the National Security Agency, Principal Deputy Director of National Intelligence, and Director of the Central Intelligence Agency—approvingly retweeted “historian” Michael Beschloss’s explicit suggestion that Trump should be executed:

That tweet establishes that brains and an understanding of our constitutional system are not a prerequisite for being either a government hack or a leftist historian.

The Democrat line is clear: Trump had classified national security documents in his possession, which is a criminal act, so he needs to be prosecuted and, preferably, executed. In fact, it is impossible for a president to mismanage classified or national security documents. Indeed, even if Biden reclassified the information, Trump still did not commit a crime. Everything the Democrats believe is dead wrong. 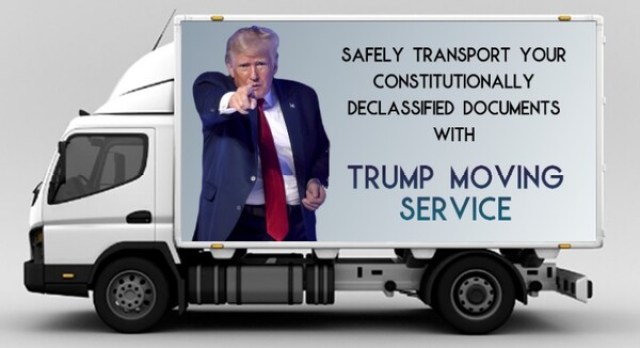 The President of the United States has plenary power over national security issues, including document classification. That means that, under the Constitution, as to national security, the president has complete and unlimited power. He is the king of the national security world, and no one can gainsay him, whether the bureaucrats who work for him, Congress, or the Supreme Court.

Democrats, however, are pushing back against this reality. The best example I’ve found comes from Graeme Wood, an African-American studies and philosophy major, who authored the above-mentioned Atlantic article (which is currently The Atlantic’s “most popular” article).

Wood reluctantly concedes some of the president’s unlimited power. He quotes J. William Leonard, former head of the Information Security Oversight Office, who said that “the rules and procedures governing the classification and declassification of information apply to everyone else [other than the president].” Wood continues, saying, “[The president] would not have had to file paperwork—just ‘utter the magic words,’ Leonard told me.” In other words, Wood acknowledges that Trump, while president, by packing up and taking documents with him automatically declassified them.

Wood accurately notes that Biden could have reclassified the documents. There’s no evidence, though, that he did so. In addition, even had Biden done so, that would not convert Trump into a criminal. The Constitution is extremely hostile to after-the-fact (i.e, ex post facto) criminalization of acts that were legal when taken. (Art 1, §§9 and 10.) Britain’s habit of doing that was one of the main reasons behind the American Revolution.

Wood’s core argument against Trump is that a president’s plenary power does not extend to nuclear secrets. The reason, Wood says, is that the Atomic Energy Acts of 1946 and 1954, produced a super-category of classification revolving are anything nuclear, one that overrides even the president. That’s untrue.

Congress cannot override the president’s plenary power. Presidents can voluntarily respect a national security law, but they do not have to abide by it. Again, plenary power means, as Wikipedia summarizes, “a power that has been granted to a body or person in absolute terms, with no review of or limitations upon the exercise of that power.”Wood cites Navy v. Egan, 484 U.S. 518 (1988) to argue that nuclear secrets override the president’s power. He contends that “The 1988 Supreme Court case Navy v. Egan confirmed that classification authority flows from the president except in specific instances separated from his powers by law.” Wrong again.

The Egan decision examines only whether a civil service board can review a “laborer’s” being denied national security clearance. In that context, the Supreme Court was clear about the president’s plenary power, unimpeded by congressional acts:

The President, after all, is the “Commander in Chief of the Army and Navy of the United States.” U.S.Const., Art. II, § 2. His authority to classify and control access to information bearing on national security and to determine whether an individual is sufficiently trustworthy to occupy a position in the Executive Branch that will give that person access to such information flows primarily from this constitutional investment of power in the President, and exists quite apart from any explicit congressional grant. See Cafeteria Workers v. McElroy, 367 U. S. 886, 367 U. S. 890 (1961).

In sum, the only proof you need that Trump declassified the documents is the fact that, when he was still president, Trump treated them as declassified. Biden cannot criminalize Trump’s actions by later re-classifying the documents (and there’s no evidence that he did). And of course, if there were nuclear codes, they are changed regularly and would certainly be changed from one administration to the next, meaning that any information Trump has is as useful as the cartoon in an old Bazooka bubble gum wrapper. 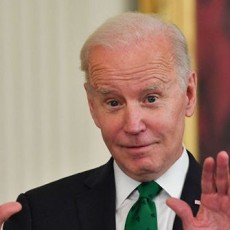 Joe Biden: ‘I May Be Irish, But I’m not Stupid’