On August 26, 2020 Tita Smith at Daily Mail Australia wrote an article which was then carried on the website Pedophilesdownunder.com.

It claimed that “Victorian sexual assault survivors could be jailed for up to four months or face fines exceeding $3000 for telling their stories using their real names.

“The Judicial Proceedings Reports Act was changed in February, prohibiting victims from identifying themselves publicly if their attacker has been found guilty.

“The new law applies retrospectively, meaning victims who have lawfully spoken out previously are now censored from speaking out publicly.

GumshoeNews editor Dee McLachlan asked me to comment on it. I have often stated that to hide a crime is a crime. And though I won’t dredge that whole story up again, the Family Court does it all the time. (I.e., Famcourt hides the crime of child abuse.)

Under common law it is definitely not permissible for there to be a “law” telling people to shut up about crime. You may recall that our Atty General George Brandis, circa 2015, asked Parliament to pass a law that could put journalists (of the Gumshoe type) in prison for up to 10 years. Had Dee got arrested and forced her case up to the High Court, I can only presume she would have had to be acquitted, as such a law is unconstitutional.

Please know that I am not trying to cover this matter thoroughly here.  This article should really only be in the Comments section, except for its length. I am here to challenge the Daily Mail’s contention.

When one wants to see what the law actually says, one pops over to Austlii.edu.au (Australian Legal Information Institute; it is run by University of New South Wales, hence the “edu.”  So, you type “Judicial Proceedings Reports Act,” as that is what the Daily Mail called it. Maybe you should also type “Victoria” — as there may be such an act in more than one state.

Th only item found by my search was the 1958 Act of that name, and it is indeed from Victoria. I now print part of it. You will see that each amendment that occurred has got a date.  I do not see any February 2020 amendment.

I have bolded what I think may be the part that fooled Tita Smith. She says it is the victim that is punishable for squealing about the sex crime.  No, it is the perp who must not publish the deed.

(This has nothing to do with the Family Law’s section 121 that does indeed tell a protective parent to shut up – as Gumshoe has often explained.)

I don’t really think Gumshoe should spend time here on the Daily Mail item.  But I was incensed to hear that readers were drinking it in. No! No! Remember Blackstone! The law works the other way – it punishes you for NOT reporting a crime – just as you would logically think, yes?

I hope I have not missed something. Maybe Tita is right and I just can’t find it.  Anyway, I think I can read English and the following law clearly says “Don’t worry.”

Any bolding is mine. (My bolding’s my bolding, no-one’s but mine….)

(1A)     A person who publishes or causes to be published any matter that contains any particulars likely to lead to the identification of a person against whom a sexual offence, or an offence where the conduct constituting it consists wholly or partly of taking part, or attempting to take part, in an act of sexual penetration as defined in section 35 of the Crimes Act 1958 , [1] is alleged to have been committed is guilty of an offence, whether or not a proceeding in respect of the alleged offence is pending in a court.

(1B)     If a proceeding in respect of the alleged offence is not pending in a court at the relevant time, it is a defence to a charge under subsection (1A) for the accused to prove—

(a)     that no complaint about the alleged offence had been made to a police officer before that time; or

(i)     the Supreme Court, the County Court or the Magistrates’ Court granted on an application by a person; or

(ii)     the person against whom the offence is alleged to have been committed.

(1C)     If a proceeding in respect of the alleged offence is pending in a court at the relevant time, it is a defence to a charge under subsection (1A) for the accused to prove that the matter was published or caused to be published in accordance with the permission of that court granted on an application by a person.

(1CA)     If a proceeding for a sexual offence has concluded and resulted in the conviction of the accused for that offence, it is a defence to a charge under subsection (1A) for the accused in relation to the alleged offence under subsection (1A) to prove that the matter was published or caused to be published in accordance with the permission of—

(a)     the Supreme Court, the County Court or the Magistrates’ Court granted on an application by a person or on the court’s own motion; and

(b)     if the person against whom the sexual offence was committed is 18 years of age or over, that person.

(a)     who does not give permission to that disclosure; or

(c)     if it is not appropriate in all the circumstances for the identity to be disclosed.

[I’ll add this bit with thoughts of Martin Bryant’s picture appearing too soon in The Australian – although I don’t know what the original wording in 1958 was.]:

….    (3)     Where a corporation is guilty of an offence against this section any person being a member of the governing body or being a director manager or secretary of the corporation shall severally be deemed to have committed the offence and shall be liable to the aforesaid penalty or imprisonment or both unless he proves that the offence by the corporation took place without his knowledge or consent.

(4)     No prosecution for an offence under this section shall be commenced by any person without the sanction of the Director of Public Prosecutions.

Another thing that amazed me was the Daily Mail’s casual remark that the thing is retroactive. No, No. NO way. If it was not a crime when you committed it, you cannot subsequently be punished. I mean really, Folks, please.

Finally, I mention that today at Pedophiles Down Under, Fiona Barnett has provided an in-depth report on the wicked, wicked False Memory Syndrome Foundation, in Australia. 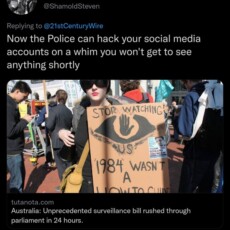 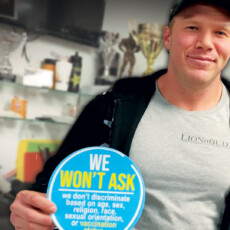