On Tuesday, Judge Mitzy Galis-Menendez, J.S.C. sentenced Kevin Cortes, age 28, of Union City, to 20 years in New Jersey state prison for his role in the “senseless” death of Giselle Bravo, of Queens, N.Y., that occurred on March 26, 2018 in Union City.

During the sentencing, which was attended by family members of the victim, Cortes was also sentenced to 18 months on the aggravated assault of a Hudson County Corrections Officer that occurred on September 19, 2018 while in custody at the Hudson County Correctional Facility in Kearny. The two sentences are to run concurrent and the sentence for the aggravated manslaughter charge is subject to the No Early Release Act which requires that Cortes will have to serve 85 percent — or 17 years — before he is eligible for parole.

On March 26, 2018, at approximately 5:25 a.m., the Union City Police Department received a report of a person stabbed at 3612 New York Avenue. Upon arrival, responding Union City Police Officers encountered Cortes with a knife inside the building. The officers were able to secure the knife and detain the man. Cortes was subsequently transported to Palisades Medical Center for evaluation.

The officers then located a female victim, Giselle Bravo, age 20, of Queens, NY, on the third floor of the residence with multiple wounds to her upper body. Bravo was administered lifesaving aid at the scene and was then transported by Emergency Medical Services to the Jersey City Medical Center where she was pronounced dead at 6:40 a.m.

NJ.com reported: The motive for the gruesome homicide has remained somewhat of a mystery. Cortes and Bravo have been described as “acquaintances,” but few other details of that early morning incident have been released.

According to authorities and information revealed in court Tuesday, Cortes stabbed Bravo numerous times in an unprovoked attack at his New York Avenue apartment.

“She died at his hands for no reason whatsoever in a brutal manner,” Hudson County Assistant Prosecutor Leo Hernandez said in arguing for the 20-year sentence that was agreed to when Cortes pleaded guilty on June 24.

“She was trying to console him that night. She was saying ‘Babe, Babe, what’s the matter?’ And his response to her that night was a brutal, vicious, vile, violent attack on her, where he stuck a knife in her neck, among other things he did. For what? Why? … The answer is … for an insatiable lust for drugs, … cocaine, ecstacy, drinking, marijuana.” READ MORE.

On June 20, 2018, a Hudson County Grand Jury returned an Indictment against Cortes charging him with three counts related to the death of Giselle Bravo. 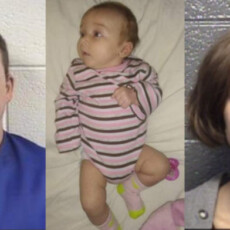