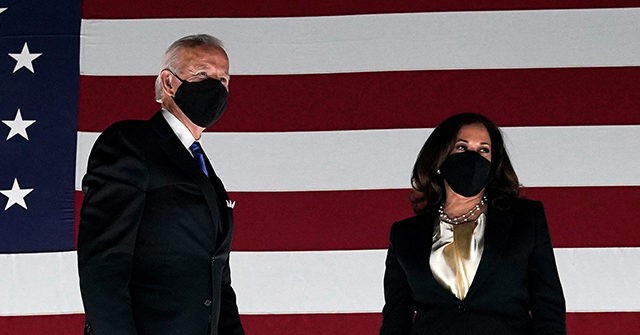 Neither Joe Biden nor Kamala Harris have condemned the ongoing Kenosha, Wisconsin, riots personally — after a third night of violence turned deadly on Tuesday.

On Sunday, Jacob Blake, 29, was shot and wounded by police in Kenosha during a confrontation. It is not clear whether he was armed or not; he is reportedly paralyzed from the waist down, though it is not yet clear if that injury will be permanent.

Protests erupted that evening, accompanied by rioting, looting, and arson. Biden issued a statement Monday blaming the shooting on “systemic racism,” and said nothing about the riots. His statement also left out key details about the shooting.

That night, riots returned — and were even worse, with several businesses burnt to the ground in Kenosha, including the Danish Brotherhood Lodge, a local community charity. A man who attempted to defend the building was brutally attacked.

On Tuesday, a Biden adviser issued a brief statement condemning the violence, referring to remarks Biden made in June condemning violence. That statement, however, appeared to blame police for riots, saying that they “escalate tension.”

The violence continued on Tuesday evening, with more looting and confrontation between armed groups. Some of those armed appeared to be defending private property, but the motivations of those involved in the shootings remain unconfirmed.

Biden and Harris posted tweets Wednesday morning on other topics:

It’s the least of what we should expect from an American president.

President Trump can try and shift blame all he wants, but the fact is Maine’s hardworking lobstermen and women are hurting under his watch.

They deserve better. And as President, I will work to protect the livelihood and safety of the fishing community. https://t.co/JuF1O2P3EH

I know how to lead this nation through a crisis because I’ve done it before. I won’t waste any time getting this virus under control and building our country back better. pic.twitter.com/HgBdR6VxUO

As a young girl, my grandfather would often take me on his morning walks in India, where he’d discuss the importance of fighting for democracy and civil rights.

That commitment and that fight for a better future lives on in me to this day. pic.twitter.com/xwmVik6pzA

We need to make sure that everyone who’s eligible to vote is able to do so. Join me and Black women leaders today at 3pm ET for a roundtable on how we can engage our friends, neighbors, and sisters to head to the polls in November.

The Republican National Convention (RNC) opened Tuesday evening with messages of sympathy for Blake and for police as well, and continued the condemnation of ongoing riots that also appeared on the first evening of the convention.

Biden supporters are growing increasingly concerned about his silence. On Wednesday, former Ohio governor John Kasich, a “Never Trump” Republican who backs Biden, told CNN that Biden had to speak up.

Democrat Leaders Prove Just How Worthless They Are, Nancy and Schumer are STILL Holding Funding Hostage 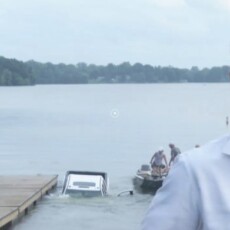