The NHL, which was the last bastion of true sport that hadn’t been corrupted by political grandstanding, has finally fallen.

When the NHL started back up after COVID, people admired the fact that players did not choose to protest during the National Anthem. Now, the NHL has caved to the Black Lives Matter cause.

No games tonight in the NHL. Players and now team staff/mgmt are being informed of the same.

The NHL have cancelled their August 27th game due to the police shooting of Jacob Blake, who was shot in the back after resisting arrest, fighting officers, being tased, and reaching into his car, where he admitted that he had a knife.

This is most likely in reaction to the NBA’s decision to cancel yesterday’s games after the Milwaukee Bucks refused to play, protesting against police brutality in relation to Blake’s shooting in Kenosha, Wisconsin.

Several NBA teams followed suit, causing the entire league to make the decision to postpone games. The NHL held a “moment of reflection” yesterday before game 3 the Boston Bruins vs. Tampa Bay Lightning’s series, but apparently that wasn’t enough.

The official decision was announced by SportsCenter on Twitter:

Breaking: The NHL will not play any playoff games Thursday in solidarity with other leagues protesting the recent police shooting of Jacob Blake in Wisconsin, sources confirm to @emilymkaplan. pic.twitter.com/WKESkdHAuI

The Philadelphia Flyers were scheduled to play against the New York Islanders at 7 p.m. and the Vancouver Canucks and Las Vegas Golden Knights were up next at 9:45 p.m.

Many sports fans are angry about the amount of politics being injected into sports, which a lot of people watch to relax and take their mind off of what is going on in the world right now.

BREAKING: The NHL has postponed all playoff games in solidarity with the NBA, according to multiple reports.

Congrats, everyone! Every single pro sports league in America is now about politics! Bang up job all the way around. 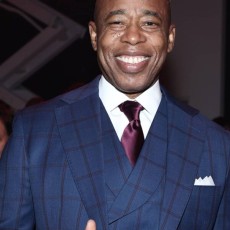 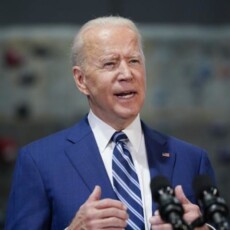 Biden Sanctions Cuban Officials, Warns “This Is Just The Beginning”