Newly surfaced emails show connections among a U.S. health agency headed by Dr. Anthony Fauci, EcoHealth Alliance, and Chinese scientists. The recently exposed documents also show that researchers at the Wuhan Institute of Virology were scrambling to find disinfectant and asked a National Institutes of Health official for help.

Judicial Watch obtained 301 pages of emails and other records from National Institute of Allergy and Infectious Diseases officials who had connections with the Wuhan Institute of Virology in China. According to the documents that were obtained through a Freedom of Information Act request by Judicial Watch, the NIAID gave at least nine grants to EcoHealth Alliance, a U.S. nonprofit organization focused on finding unknown viruses and infectious diseases in nature. EcoHealth Alliance reportedly used those NIAID grants to work with Chinese scientists on research such as probing the emergence of a bat coronavirus — years before the COVID-19 pandemic.

Judicial Watch lists the nine grants to EcoHealth Alliance from the NIAID, where Dr. Fauci has been the director since 1984:

The physical facilities of the Wuhan Institute of Virology were completed in January 2015, which made it China’s first biosafety level 4 laboratory. BSL-4 laboratories are “used to study infectious agents or toxins that pose a high risk of aerosol-transmitted laboratory infections and life-threatening disease for which no vaccines or therapies are available,” according to the U.S. Health and Human Services.

“Laboratory personnel are required to wear full-body, air-supplied suits, which are the most sophisticated type of PPE,” the HHS states of BSL-4 labs. “All personnel shower before exiting the laboratory and go through a series of procedures designed to fully decontaminate them before leaving.”

The emails from 2016 that were recovered by the FOIA request show a conversation where Wuhan Institute of Virology vice director Yuan Zhiming asked National Institutes of Health virologist Jens Kuhn for help getting disinfectant for the equipment in China’s potentially dangerous BSL-4 lab.

“We have tried several ones do [sic] determine their antiviral efficacy and corrosion to pipeline and wastewater treatment equipment,” he continued. “Unfortunately, we have found a good candidate. I hope you can give us some help, to give us some suggestion for the choice of disinfectants used in P4 laboratory.”

Zhiming allegedly asks what kinds of disinfectants are effective for decontamination of airtight protective clothes, doors, the laboratory, infectious materials, and air decontamination.

Zhiming concluded the email, “Best regards and looking forward to seeing you in Wuhan.” In a later email, Kuhn said he “personally” met Zhiming “in Wuhan twice.”

After news of the coronavirus outbreak in Wuhan, Zhiming purportedly wrote to Kuhn on March 20, 2020:

The 2019 novel coronavirus (SARS-CoV-2) outbreak is a major challenge for global public health security. Infection with SARS-CoV-2 has been associated with serious acute respiratory distress syndrome with large number of patients’ hospitalization and relatively high mortality. We had a very hard time in combating the infection in Wuhan, the epicenter of the COVID-19 in China, and now we can see the situation goes in good direction, with no reported confirmed case, no reported suspected case in last two days here.

My colleagues and I, have been working on characterization of pathogens, antiviral screen, vaccine development, animal modeling since the early January this year, and some progresses have been made. I hope our understanding of the virus and the technology could be valuable in the global fighting to the virus.

There is also a February 2018 email from Dr. Ping Chen, the NIAID representative in China, discussing a “type of new flu vaccine using nano-technology from China’s Wuhan Institute of Virology.”

Judicial Watch added that “the Chinese had blocked all Internet links to reports on the new technology.” This development allegedly prompted Chen to write a “night note” to U.S. government officials, which said, “The intranasal nano-vaccine can target broad-spectrum flu viruses and induces robust immune responses.”

In a January 2017 report to NIH colleagues, Chen mentioned the “Global Virome Project,” which described its mission as: “Stimulate the development of an innovative network of public, private, philanthropic, and civil organizations to detect the majority of our planet’s unknown viral threats to human health and food security to prepare for and stop future epidemics.”

Chen described the Global Virome Project and showed a link to Peter Daszak, the president of EcoHealth Alliance:

The purpose of the project is to identify viruses present in the wildlife with potential crossing over to humans, causing human infection and disease. Following the identification of the viruses is the development of vaccines to protect human population… One of the partners in this project is EcoHealth Alliance. Peter Daszak from EcoHealth Alliance is one of the leaders for the GVP project and he has NIAID grant from RDB looking at the coronaviruses in Bat populations in China in collaboration with Wuhan Institute of Virology.

Ground Reports At the Migrant Camp in Tijuana with Ben Bergquam 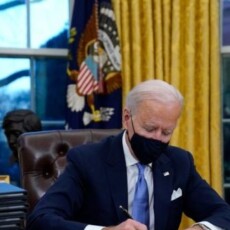 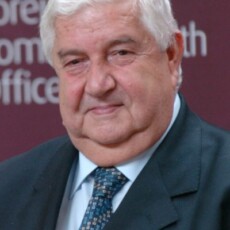