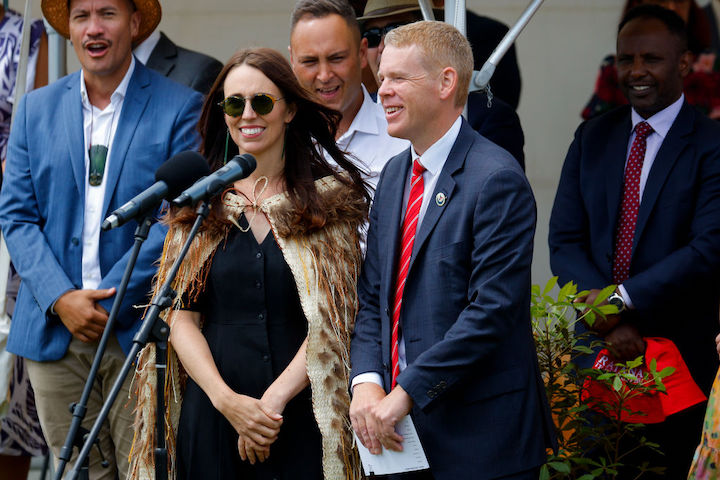 Chris Hipkins can afford to feel pleased with his first days in office as Prime Minister of New Zealand. In his inaugural press conference, Hipkins came across as thoughtful and intelligent. In a welcome change from his predecessor, Jacinda Ardern, he was also gratifyingly dull.

Hipkins has vowed to shift his focus back to basics, concentrating on the cost-of-living crisis and tackling crime. Gone are some of the more contentious policies, such as unemployment insurance, espoused by Ardern. ‘Over the coming week,’ he said, ‘the cabinet will be making decisions on reining in some programmes and projects that aren’t essential right now’.

His warning against ‘doing too much too fast’, might have been just what the spin-doctor ordered for the 44-year-old as he seeks to introduce himself anew as the South Pacific nation’s 41st premier.

‘It’s a big day for a boy from the Hutt,’ Hipkins added, namechecking the place he grew up in and which itself has a reputation for being less than electrifying.

The new Prime Minister is the first to hail from my own childhood stomping ground, the Hutt Valley: a monotonously flat, rough-around-the-edges suburban expanse located just north of the capital Wellington.

In the wake of Ardern’s stardust premiership, often verging on a crypto-religious cult of personality, a bit more tedium at the top might not be such a bad thing. Even Ardern’s harshest critics never accused her of being bland. Her premiership seldom lacked for colour, eventfulness or hard work. Rather too much of it in fact.

By the time she announced she was stepping down, her favourability ratings were as pit-low as they had been sky-high only a few years earlier when she led her Labour party to a stunning victory in 2020. A flurry of dismal political opinion polls published before Christmas consistently had them unable to form the next government.

Increasingly, the huge reservoir of international acclaim that continues to be hers seemed to be in inverse proportion to perceptions closer to home. Many Kiwis thought that Ardern could no longer handle the tedious but necessary stuff of running a nation of five million increasingly fretful souls. Ardern, busy on the international stage, turned a blind eye to the basics: ensuring the coppers were doing their job, the hospitals were well managed – and kids were getting a decent education.

Most people outside of New Zealand have never heard of Hipkins, but that counts in his favour. One of the reasons Hipkins hasn’t made the headlines is because so much of his fifteen years in national politics has been spent buried in the boring detail; poring over portfolios that voters now say are more important than his predecessor’s pop star bona fides and cover photo shoots for British Vogue.

In the time since Ardern first led her Labour party to victory in 2017, Hipkins variously served – and generally served well – as minister of police, education, the public service and health. Ardern’s ‘minister of everything’ beavered away boringly in the background, while his political boss went about her rather more vastly thematic business as minister of global kindness.

Hipkins was charged with implementing New Zealand’s Covid response. Not a lot of joy to be had there. It’s the only real period in his political career to date when he had a serious opportunity to match his leader’s televisual presence, often appearing alongside giving daily updates on the pandemic back in the dear, dead days of early Omicron. His performances tended to be a mixed bag.

In one, looking to put the cheeriest political face on his government’s draconian zero-Covid policies, he urged the women of New Zealand to look on the bright side of what at the time was yet another lockdown; enjoy the sun outside, he implored, and ‘spread your legs’.

Now the boy from the Hutt has an opportunity to stretch his own legs. The hope must be that his countrymen will not only forget the verbal gaffe from that period but also overlook the much harsher substance of the policies Hipkins was peddling.

During Hipkins’s time as Covid chief, more than a million Kiwis were effectively locked out of their own country and millions of other voters found themselves effectively locked in. Probably the nadir of his time politically fronting for much of this chaos was the Kafkaesque case of the pregnant New Zealand Al Jazeera reporter in Afghanistan, Charlotte Bellis, whom the Taliban offered safe haven to after she was repeatedly turned down for giving birth to her child in Ardern’s version of New Kindland.

The hope within his Labour party must also be that their new leader can not only cause those memories to fade but also somehow put the slip on the usual fate awaiting governments anywhere who change their prime ministers without a general election.

This will be the eighth such changing of the guard in New Zealand in the past 75 years. None of the other seven ‘unelected leaders’ had much time to get acquainted with the job: all were soon dumped after failing to excite voters.

In deliberately choosing not to excite the punters to begin with, however, the ‘absolutely humbled and honoured’ new Hutt boy could yet be on to something. 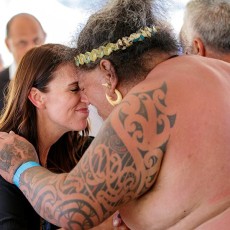 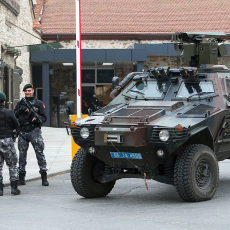 NDP MP melts down in front of the camera, parliament holds hearing on Emergencies Act Inquiry