“Not enthusiastic about taking this dispute wide, but I feel obliged to challenge a misleading and potentially harmful false narrative,” Foster wrote on Twitter

The above standard is important.

Taylor is a prominent journalist w/ a substantial perch. The power dynamic, integrity of her employer, and common decency all come into play here.

I offered + substantiated fair criticism of her post. pic.twitter.com/oA9vciD2pR

On Sunday, Lorenz alleged on Twitter that several men on the platform currently in beta testing were perpetrating malicious sexual behavior on the app.

Yup. Several of the app’s beta testers are men credibly and publicly accused of sexual harassment, misconduct etc. They have even perpetuated this behavior on the app. The founders have done nothing despite the fact that it’s a beta test. The app is rife with sexism and misogyny https://t.co/U20LYm5rOg

Foster took issue with Lorenz’s description of events and challenged the narrative on Twitter.

“I was present for some of this. The characterization seems less-than-forthright + uncharitable,” Foster wrote.

Lorenz pushed back, claiming to have been present for the discussion while also relying on audio sent by others in the chatroom.

“If you overheard something that seemed wrong to you, and your (sic) were open to discussing it on Clubhouse, why not engage directly w/ the group in question?” Foster wrote back, to which earned Foster a block.

If the criticism is especially aggressive or inconsiderate, it’s probably best to refrain from responding. We also support the right of our journalists to mute or block people on social media who are threatening or abusive. (But please avoid muting or blocking people for mere criticism of you or your reporting.)

“I wasn’t abusive. I didn’t speculate about her motives. I did, what Taylor ought to have done: ask direct questions in a serious and professional manner,” Foster wrote.

Other Twitter users noted Lorenz also blocked them for criticism of her reporting, which often focuses on social media trends like TikTok and the activity of Gen Z social media stars.

Hmm weird, I just noticed now I got blocked as well – the only thing I can recall was challenging some of her observations regarding Tik Tok and the CCP a few months back, but nothing even remotely harsh or abusive to justify that, actually a fan of her work overall.

I just got blocked by Taylor. Never at @‘d her before this Tweet today:https://t.co/YbiJIO1AA0

She blocks everyone. I don’t even know who she is and I can’t read anything she posts. 🤷🏻‍♀️

Taylor Lorenz blocks me but I wonder what she thinks about the app. https://t.co/izK95z5j2H 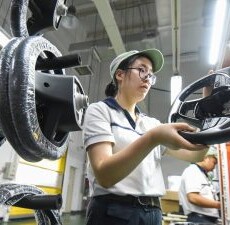 Some 3,500 U.S. Companies Sue over ‘Unlawful’ Tariffs on Chinese Goods 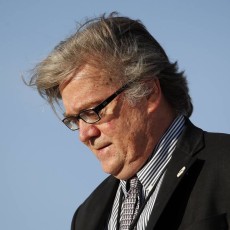