On the day Hageman launched her bid to unseat the three-term incumbent with an endorsement from former President Donald Trump, Cheney embraced the challenge.

“Here’s a sound bite for you,” Cheney wrote on Twitter. “Bring it.”

Now Cheney is poised to become the latest House lawmaker that voted to impeach Trump to lose a primary. The University of Wyoming survey results show an even wider gap between the two contenders than a poll sponsored by the Casper-Star Tribune last month showing Cheney down by 22 points. Of the nine other House Republicans to join Cheney in endorsing the Democrats’ snap impeachment effort, four retired, three lost their primaries, and only two prevailed. Cheney’s race is the last one to be decided.

After she was overwhelmingly booted out of House leadership last spring, Cheney escalated her feud with former President Trump, which became a hallmark of her time in the lower chamber. Last summer, Cheney joined House Speaker Nancy Pelosi’s Select Committee on Jan. 6 as vice chair, antagonizing voters in her home state who voted for Trump by a wider margin than anywhere else in the country two years ago. Wednesday’s poll shows nearly 60 percent of likely GOP primary voters see the investigation, which is devoid of opposition, as unfair. Only about 27 percent reported viewing the probe as fair and impartial.

In turn, the endangered congresswoman has turned to Democrats to save her re-election campaign, sending out instructions on how to change party registrations ahead of Tuesday’s primary. The Wyoming Republican Party voted in November to no longer recognize Cheney as a Republican. 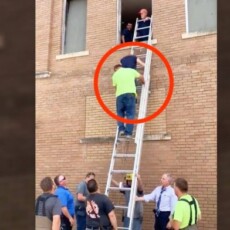 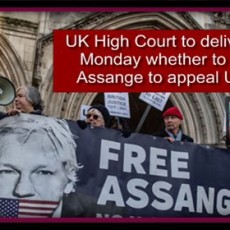