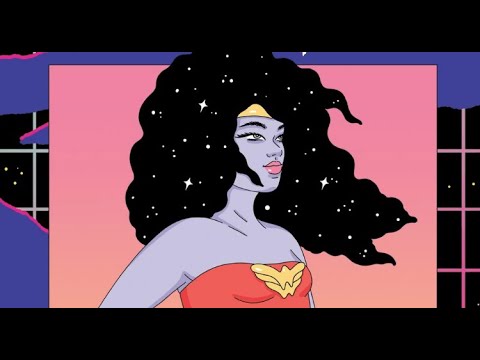 Wow! Wonder Woman has let herself go!! lol Okay, have this drivel as a NEW “hero”, NOT as an AMAZON Warrior Princess!! It is said, that the Amazons were REAL! A large race of females, who lived in a group, and were fierce Warriors. Diana Prince WAS an Amazon Princess. THAT is NOT the drawing of an Amazon Warrior Princess! Whoever drew that, has NO idea of the back story of Wonder Woman!! A HEALTHY, example of female pulchritude! Able to leap about, dodging bullets, whipping a “rope of truth”, flying high in an invisible plane.
THIS woman wouldn’t get off the ground! lol THIS “wonder woman” probably carries a bullhorn for shouting the “F word” at Middle Class, suburban houses, at 1 AM. Probably wears an N-95 mask, while releasing criminals from prisons, and locking up citizens who try to defend their homes and families, or don’t wear a mask! I bet her greatest enemy is an old, orange, fat man! Her sidekick is a Tranny, who wears the Linda Carter Wonder Woman costume, and boots. This “wonder woman” would twirl around, and be wearing a “pussy costume”, with a “pussy hat”. She screams “I AM a NAAAASTY woman!”

Lee Smith Nails It Again, The US Postal Service Surveillance Scandal is Targeting Trump Supporters Not All Americans 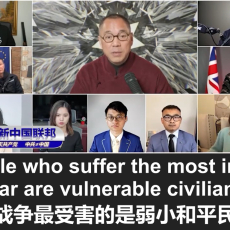 3/7/2022 Miles Guo’s GETTR: While the CCP remains totally oblivious of the children and migrant workers trapped in Ukraine, they deployed their pawns to harass the emergency rescue hotlines of the New Federal State of China. No words can describe the evilness of the CCP’s pawns and walking dogs