As the United States’ societal infrastructure continues to decay, Netflix is at the epicenter of sexualizing children and infiltrating the masses’ minds with secular garbage.

Netflix recently released a promo for an award-winning film called “Cuties,” that follows young girls on a journey of learning how to twerk in sexualized skimpy outfits.

The disgraceful streaming giant is marking this atrocity as “a coming-of-age tale.”

The pedophiles at Netflix are releasing a movie sexualizing children called ‘Cuties.’ The description claims it’s about an 11 year old girl that becomes “fascinated with twerking” and “exploring her feminity.” pic.twitter.com/mh4MKftEPt

The disturbing scenes shown in the promotion have many people across the world outraged and a petition to have it removed from Netflix is circulating.

Petition to Cancel the Film Grows

This movie/show is disgusting as it sexualizes an ELEVEN year old for the viewing pleasure of pedophiles and also negatively influences our children! There is no need for this kind of content in that age group, especially when sex trafficking and pedophilia are so rampant!

Thousands have already signed the petition and the numbers keep growing.

On Tuesday, Netflix released the French-language film’s trailer on Twitter.

The description posted reads: “Amy, 11, becomes fascinated with a twerking dance crew. Hoping to join them, she starts to explore her femininity, defying her family’s traditions.”

The Hollywood News wrote a full synopsis of the controversial film and wrote:

Eleven-year-old Amy lives with her mom, Mariam, and younger brother, awaiting her father to rejoin the family from Senegal. Amy is fascinated by disobedient neighbor Angelica’s free-spirited dance clique, a group that stands in sharp contrast to stoic Mariam’s deeply held traditional values. Undeterred by the girls’ initial brutal dismissal and eager to escape her family’s simmering dysfunction, Amy, through an ignited awareness of her burgeoning femininity, propels the group to enthusiastically embrace an increasingly sensual dance routine, sparking the girls’ hope to twerk their way to stardom at a local dance contest.

Many negative reactions to the film revolve around peoples’ dismay of the film’s blatant sexualization of young girls.

The poster for the movie has also sent social media in an uproar due to it showing the young 11-year-old with her legs spread and other girls twerking in the background.

As Netflix and Hollywood increase in its efforts to sexualize children, people across the world and saying enough and are demanding accountability. 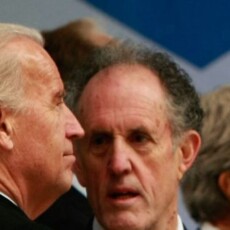 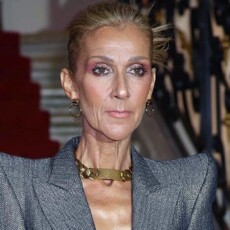