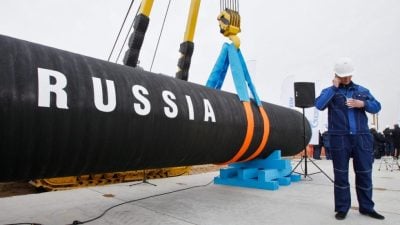 Increasingly, it is relatively easy to put two and two together and figure out who is behind certain cui bono operations. The latest case in point is the “mysterious” Nordstream 1 and 2 massive gas leaks.

As of this writing, the corporate propaganda media has not blamed Russia for the dangerous leaks, but they will probably get around to it sooner before later.

Meanwhile, here is blue check Radek Sikorski, a member of the European Parliament for Poland, expressing his gratitude on Twitter:

Now why would Mr. Sikorski post such a thing? Because he’s a Russian-hating neocon, a former resident fellow of the organized war crime outfit, the American Enterprise Institute. He was also the executive director of the New Atlantic Initiative, a “nonpartisan” organization determined to push NATO right up to all exposed sides of Russia.

His wife, Anne Applebaum, is even more strident and anti-Russian. In fact, she has made a career trashing Russia. A “reformed Jew,” she was educated at the Quaker established Sidwell Friends School, described as “the Harvard of Washington’s private schools.” Sidwell has “educated” the children of notable war criminals, including Obama, Clinton, Al Gore, Nixon’s daughters, and the grandchildren of Joe Biden, no doubt to make sure their misanthropic agenda moves forward.

Applebaum has spent a large portion of her despicable career thus far serving the empire. She covered the fall of the Soviet Union for The Economist and The Independent. She was neck-deep in neoliberal propaganda operations at The Spectator as deputy editor and also political editor at the Evening Standard. She was a member of The Washington Post (think CIA, Philip Graham, and Operation Mockingbird) editorial board. As if all of that was not enough, she is also a member of the Council on Foreign Relations and became a George Herbert Walker Bush/Axel Springer Fellow at the American Academy in Berlin, Germany. I wrote about Springer and his propaganda media operations in a previous post.

Ambitious and aggressive in her hatred of Russia, Applebaum is the author of numerous anti-Russian books with titles such as “Red Famine: Stalin’s War on Ukraine,” and “Iron Curtain: The Crushing of Eastern Europe.” She routinely wins big-name literary awards for her anti-Russian propaganda.

Considering the praise of methanol poisoning in the Baltic Sea by Applebaum’s Polish hubby—following seismic recordings of explosions near the pipelines—and the rabid hatred of Russia they both share in addition to their high and influential positions, it is fair to conclude NATO and the US are behind the explosions and release of toxic gas.

Russia, which has spent billions on the Nordstream 1 pipeline and its as of yet (and possibly never) functional sister, Nordstream 2, has zero reason to blow up its own meticulously constructed pipeline.

However, NATO and the apparatchiks at the EU have an interest in freezing Germany this winter. If they can get the German people angry enough and this antipathy spreads across Europe, we may very well see NATO directly confronting Russia on its own land, most notably the Donetsk People’s Republic and Luhansk People’s Republic in eastern Ukraine (following ongoing referendums to join the Russian Federation), the chance many of us will starve during a protracted nuclear winter increases ten-fold.

I’m sure Sikorski and her neocon wife have a space reserved in the bunker. I’m not sure if they were told they may have to stay down there for the rest of their lives, maybe dining on those insects pushed by Bill Gates and the World Economic Forum. It is often said cockroaches will be the inheritors after a nuclear war.

Kurt Nimmo is a regular contributor to Global Research.

Featured image is from Kurt Nimmo 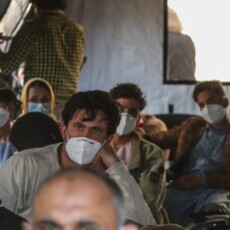 Pentagon Clueless on How Many Afghan Terrorists Have Sought Refuge in U.S.