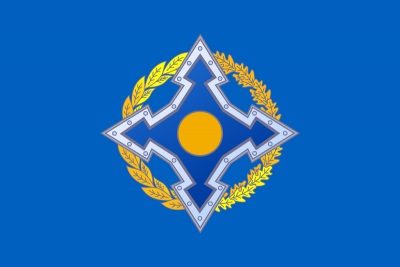 Russia’s reaffirmation of its CSTO mutual defense obligations to Belarus was made in response to Lukashenko’s claims that NATO poses a threat to Belarus, which Moscow evidently believes are at least credible enough to remind the alliance about its red line, whereas the same can’t be said about how Russia regarded fellow CSTO ally Armenia’s similar claims about Azerbaijan last month during their clashes near Tovuz since it declined to reaffirm its identical commitments at that time and therefore hinted that it didn’t believe Armenia’s allegations of so-called “Azerbaijani aggression”.

The international media is talking a lot about the possible implications of Russia reaffirming its CSTO mutual defense obligations to Belarus that were made in response to Lukashenko’s claims that NATO poses a threat to Belarus. Some believe that Russia might be planning to “pull a Crimea” whereas others are of the view that this is intended to distract from the country’s ongoing Color Revolution. In any case, what’s important is that the official Kremlin website made note of President Putin’s “readiness to render the necessary assistance to resolve the challenges facing Belarus based on the principles of the Treaty on the Creation of a Union State, as well as through the Collective Security Treaty Organisation, if necessary” during the call with his counterpart on 16 August. This proves that Moscow evidently believes that Minsk’s claims are at least credible enough to remind the alliance about its red line. The same, however, can’t be said for how Russia reacted to fellow CSTO ally Armenia’s similar claims about Azerbaijan last month during their clashes near Tovuz since it declined to reaffirm its mutual defense obligations at that time, which hinted that it didn’t believe Yerevan’s side of the story about so-called “Azerbaijani aggression”.

The author analyzed that particular crisis in his piece titled “Don’t Fall For The Alt-Media Narrative On Armenia & Azerbaijan”, which implored readers not to take the bait in thinking that Baku was to blame for what happened. Rather, it was argued, Yerevan wanted to compel Moscow to choose between it and its rival, the false choice of which was tacitly encouraged by Armenia’s American partner in order to trap Russia in a “strategic dilemma”. Thankfully, Russia didn’t fall for it and instead reaffirmed its commitment to mediate between both sides if requested to do so instead of decisively taking Armenia’s per its CSTO mutual defense obligations or Azerbaijan’s in contradiction thereof. This in and of itself was a startling surprise for Armenia since it naively assumed that its scheme would succeed one way or the other, which the author explained in his piece about how “Armenia’s Risky Tovuz Strategy Dramatically Backfired”. Instead, it fell flat on its face and worsened the distrust between the two nominal allies after Moscow suspected that Yerevan was trying to manipulate it. A lot can be extrapolated from Russia’s refusal to reaffirm its CSTO mutual defense obligations to Armenia at that time, which constitutes the rest of this article.

Russia Trusts Azerbaijan More Than It Does Armenia…

Russia remembers how Armenia arrested then-head of the CSTO Yury Khachaturov in 2018 on charges stemming from the previous government’s crackdown on Color Revolutionaries in 2008. Although Armenia claimed that the issue was purely a domestic law enforcement one, Russia didn’t see it the same way and couldn’t help but suspect that it might be connected to the secret foreign policy priorities of the “Velvet Revolutionaries” that seized power in the country just a few months prior. Already suspicious of Armenia as it is, Russia wasn’t inclined to take its words at face value two years later when it claimed that Azerbaijan attacked it near Tovuz. There was no way that Russia would reaffirm its mutual defense obligations to Armenia through the same military organization that Yerevan itself had tried to undermine so long as it had even the slightest doubt about the veracity of such claims about so-called “Azerbaijani aggression”. This is even more powerful of an observation when considering Azerbaijan’s history of military cooperation with NATO members Turkey and the US, which speaks volumes about just how much Russia distrusts Armenia nowadays that it preferred to stay out of that clash than rush to its ally’s aid by taking its claims at face value like some had expected.

…And Even The Wily Lukashenko Is More Trustworthy!

Belarus, on the other hand, is still considered more trustworthy to Russia than Armenia is despite Lukashenko earlier claiming that Moscow dispatched Wager mercenaries to destabilize Minsk in the run-up to the recent election. Even though Russia probably suspects that Lukashenko’s claims are exaggerated if not outright invented, it would rather remind its nuclear-armed NATO adversaries about its red line in Belarus than risk upsetting the excellent relations that it cultivated with comparatively weaker non-nuclear Azerbaijan in recent years by doing the same vis-a-vis Armenia. This insight probably shocks some readers who naively assumed that Russia would always support Armenia no matter what, whether for “civilizational” reasons related to their shared Christian heritages and/or simply due to Moscow’s CSTO mutual defense obligations, but now it’s proven beyond any doubt that this isn’t the case. The reckoning that many will have to do in the face of this indisputable fact should prompt them to reconsider their prior assumptions about that relationship, and especially in light of what the author shared last month in his previously hyperlinked piece about how Armenia was doing America’s bidding by provoking Azerbaijan to respond to its aggression near Tovuz.

Upon reflecting on why Russia reaffirmed its CSTO mutual defense commitments to Belarus after Lukashenko’s claims about NATO’s threatening behavior near his borders while declining to do the same in response to Armenia’s similar claims about so-called “Azerbaijani aggression” last month near Tovuz, it becomes obvious that Moscow believed that Minsk’s claims were at least plausible enough to risk rhetorically escalating tensions with nuclear-armed NATO while Yerevan’s weren’t believable and thus not worth the risk of Russia ruining its relations with comparatively weaker non-nuclear Azerbaijan. Armenia was already alarmed that its ruse failed to trick Russia into falling for its trap, but now now it’s forced to confront the reality of just how little its ally trusts it after Moscow rhetorically responded to Minsk’s public flirtation about possible CSTO assistance. The reader should remember that Armenia actually clashed with Azerbaijan while Belarus hasn’t come to blows with NATO, which further reinforces the trust deficit between Moscow and Yerevan at the moment since the first-mentioned would rather reaffirm its willingness to help Minsk despite Belarus not even being involved in a hot conflict. As such, there are real reasons to worry about the future of Russian-Armenian relations. 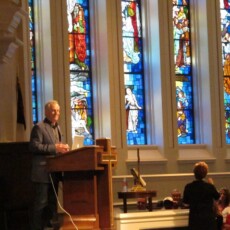 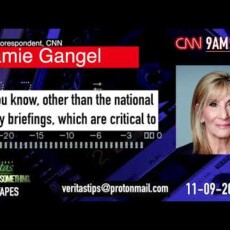 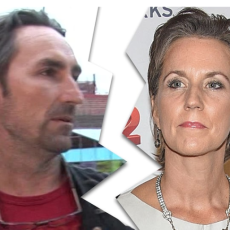